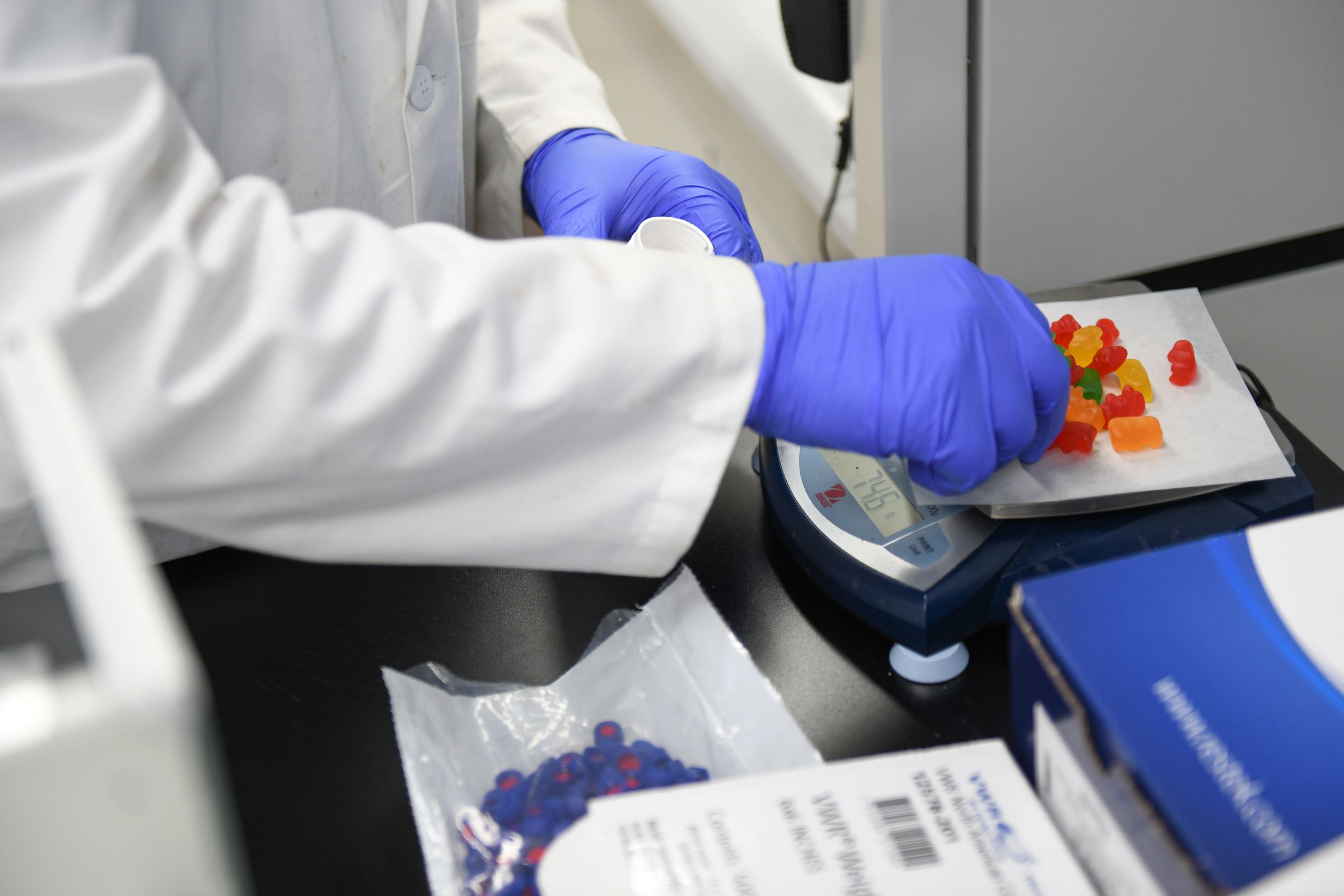 “Patients have come in and asked for it,” said Strange. „They don’t want to go on an opioid, or they can’t tolerate nonsteroidal (medications) that bother their stomach.”

CBD is a property of cannabis, which in its legal form is derived from the hemp plant, a member of the cannabis family and cousin to the marijuana plant. In it’s illegal form, CBD is found in the marijuana plant, along with high levels of Tetrahydrocannabinol (THC), which elicits the feeling of being “high.”

The CBD market has exploded in recent years across the country, sold in the form of food, drinks and ointments in bakeries, vending machines, coffee shops and grocery stores.

A study published in the Journal of Experimental Medicine found CBD significantly reduced chronic inflammation and pain in some mice and rats, and suggested it could do the same for humans.

Another review in Neurotherapeutics found CBD could be helpful for people with opioid addiction. Limited research and user testimonies also have deemed it beneficial in reducing anxiety and helping with smoking cessation.

In 2018, after researching the safety and effectiveness of CBD oil for treating epilepsy, the FDA approved the use of CBD for two rare conditions characterized by epileptic seizures.

OVER THE COUNTER CBD

Beezy Beez honey Inc. on Staten Island has offered a variety of CBD products, including honey and “muscle gel roll-ons,” for the past two years. The company was formed several years ago, and has since expanded its product line in the midst of the cannabis boom.

Owner Igor Yakovlev began shipping CBD products to businesses across New York and beyond, while servicing a few customers a day at his headquarters on Victory Boulevard in Travis.

“We have many customers that come to buy our products who said it has helped them with their anxiety issues,” said Yakovlev. “Those same customers have been coming back now for two-plus years.”

For medical marijuana users, a mix of CBD and THC derived from the marijuana plant are prescribed at dispensaries across the city, including CITIVA Brooklyn where many of the clients are over the age of 60 and travel to the shop from Staten Island. A new CITIVA location is set to open this fall in New Dorp.

One thing to watch out for is the potential for the trace amounts of THC found in CBD products that aren’t enough to get a person high, but, according to studies could potentially show up in a drug test.

It’s too early in the research to say exactly how beneficial over-the-counter CBD could be for patients, but for the time being “it’s benign enough, if (patients) want to use it,” said Strange.

“We need more data on this,” he said. „That’s the most important thing we can say as physicians.”