CBD has a newfound reputation for helping millennials chill out, for forming the basis for epilepsy drugs, and maybe even more effects that have yet to be discovered, for better or worse. The one thing it can’t claim responsibility for producing marijuana’s high, though it may play an important supporting role in that feeling that’s been overlooked.

Both THC and CBD are naturally occurring chemicals in marijuana. CBD doesn’t have psychoactive properties, which is part why it’s legally mixed into seltzers and sold in Carls Jr. burgers, but THC is the chemical that’s responsible for the characteristic high. But THC has negative side effects, too. Incredibly potent weed, for example has been linked to anxiety, or psychosis, a mental illness which causes people to lose touch with reality.

But going by research published Monday in The Journal of Neuroscience. CBD may offset THC’s more negative side effects, turning a THC-high from an anxious experience, into a relaxed, or euphoric one. Roger Hudson, a Ph.D. candidate and Vanier Scholar, at The University of Western Ontario tells Inverse. that his results show a new way that CBD and THC interact in the brain. 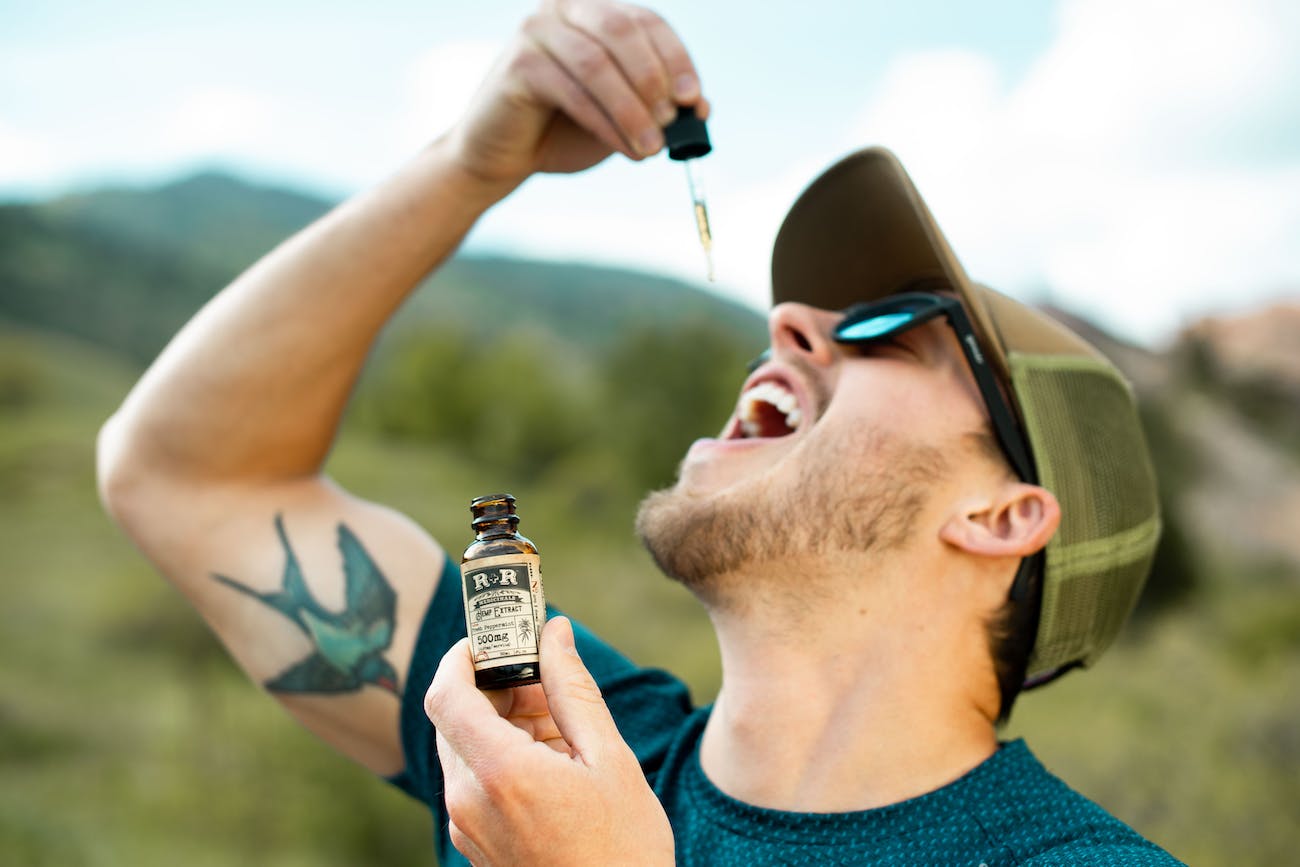 The market for CBD has exploded this year. Now scientists are one step closer to understanding how it affects the brain.

“It is well established that varieties of cannabis with high levels of THC and low levels of CBD are more likely to cause psychiatric side effects,” Hudson tells Inverse. “Our study identifies for the first time a novel molecular mechanism by which CBD may actually block these THC-related side-effects.”

Hudson’s experiment, conducted on mice, is focused on how CBD and THC both affect cells in the brain’s ventral hippocampus, an area involved with reward-related circuitry. His experiment, dives deep into the way that the cells in that region operate, and focuses on a signaling pathway, which is a series of messages that get passed through a cell.

This pathway is set in motion by a protein called ERK, which is affect by both THC and CBD, going by Hudson’s experiments. When he and his team gave mice a dose of just THC, they found that this ERK gets sent into overdrive, activates a singaling “cascade” in the brain. That cascade, says Hudson, made the rats act sheepish and anxious. The more THC they got, the more they clung to the edges of their cage, unwilling to spend time in the open space in the center.

Hudson adds that increasing ERK activity could be one of the reasons that potent cannabis use has been tied to psychosis before. THC, says Hudson, could “amplify the salience of affective contextual stimuli” or essentially, turns up the volume on emotionally stressful experiences that are already there.

But CBD, on the other hand, could help dampen this effect. 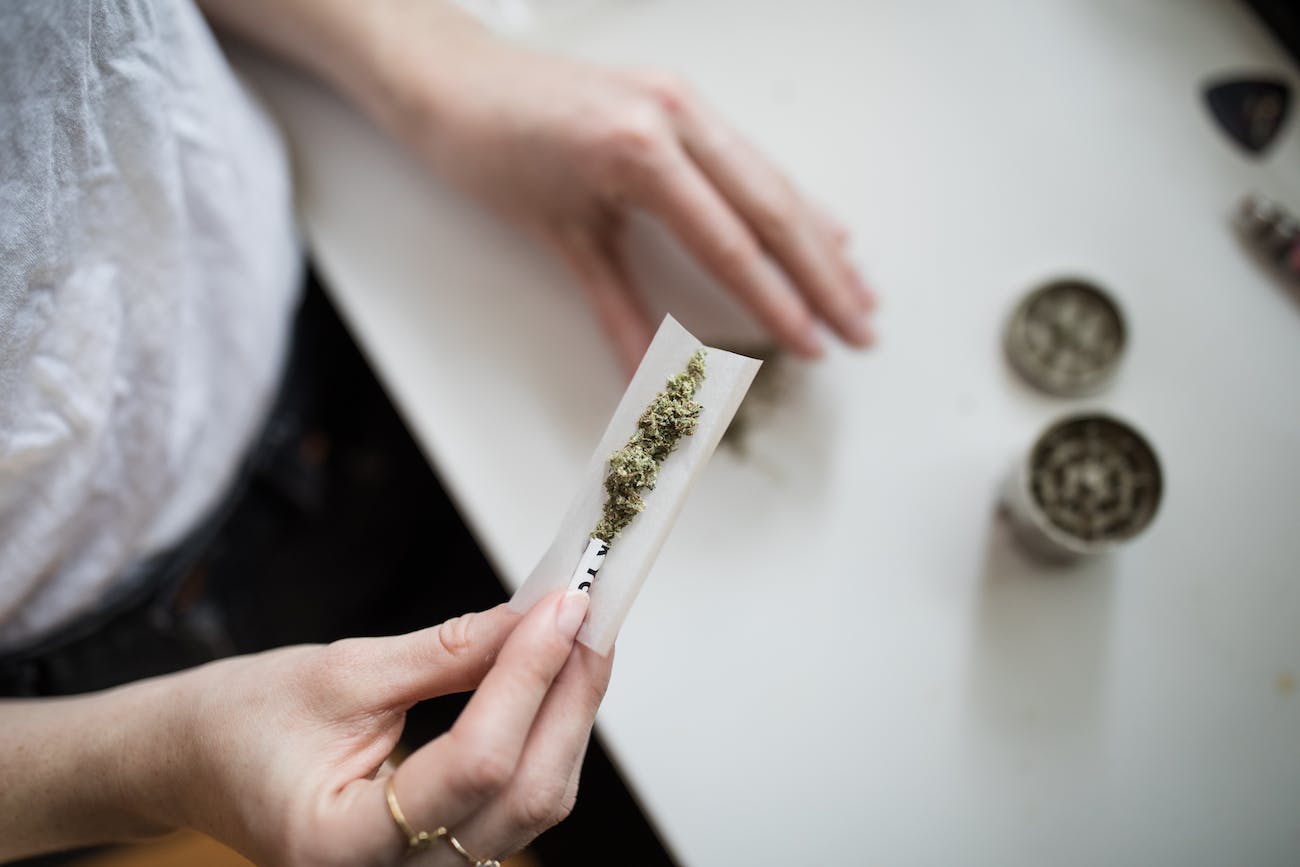 THC and CBD both naturally occur in marijuana. This research suggests that CBD and THC affect the same pathway in the brain, but in different ways.

When mice received THC and CBD, the mice seemed perfectly happy to spend time front and center in their cages. And when they looked deep into the ERK pathway in their brain cells, they found that they had normal levels of ERK activity. In other words, it helped turn that emotional volume back down to a normal level, and “also prevented many of the anxiety and emotional memory processing disturbances caused by THC,” Hudson adds.

At this point, Hudson believes that they’re the first to show exactly where in the brain THC and CBD perform their unique balancing act. And although though it’s hard to take results from a mouse study and apply them to humans, he hopes it could have implications for helping understand the unqiue interplay for these two popular chemicals. Especially, he adds, for people who use marijuana to treat conditions like chronic pain.

But outside the lab, Hudson’s results show that THC and CBD could help strike a natural balance in the high brains of people everywhere. While THC may be the chemical that gets things going, CBD maybe it what keeps it from spinning out of control.

Strains of marijuana with high levels of delta-9-tetrahydrocannabinol (THC) and low levels of cannabidiol (CBD) have been shown to underlie neuropsychiatric risks associated with high potency cannabis use. However, the mechanisms by which CBD mitigates the side effects ofTHC have not been identified. We demonstrate that THC induces cognitive and affective abnormalities resembling neuropsychiatric symptoms directly in the hippocampus, while dysregulating dopamine activity states and amplifying oscillatory frequencies in the ventral tegmental area via modulation of the extracellular signal-regulated kinase (ERK) signaling pathway. In contrast, CBD co-administration blocked THC-induced ERK phosphorylation, and prevented THC-induced behavioural and neural abnormalities. These findings identify a novel molecular mechanism that may account for how CBD functionally mitigates the neuropsychiatric side-effects of THC