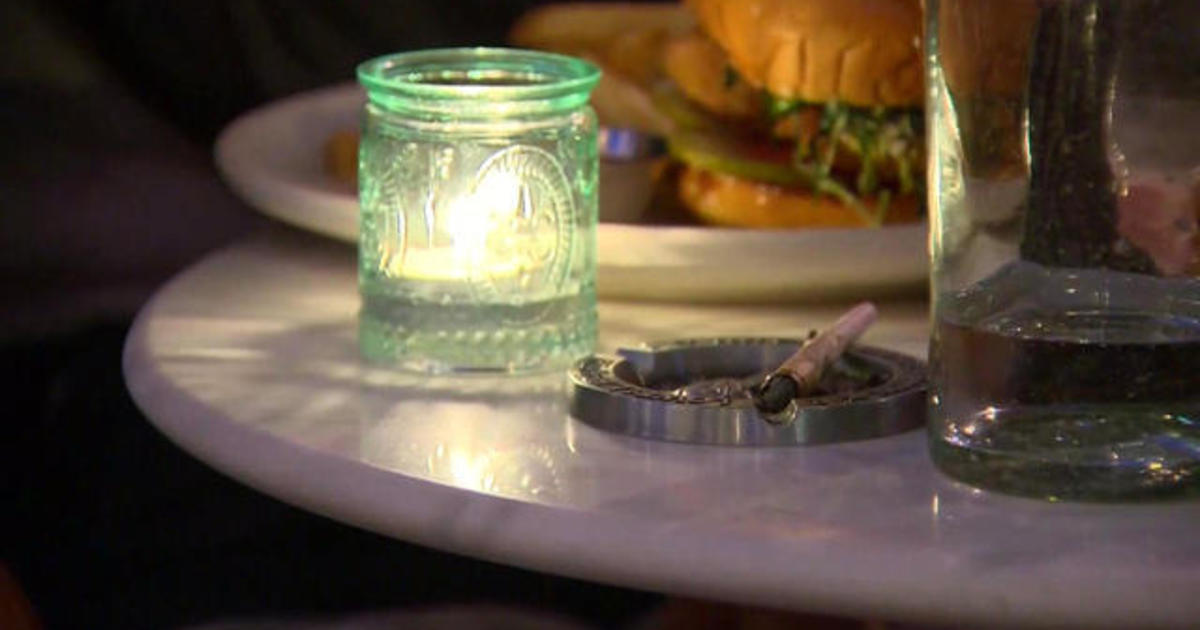 The first-ever cannabis cafe in the United States has officially opened in Los Angeles. The Lowell Cafe declared an end to „prohibition” as it opened the doors of the West Hollywood weed haven to the public on Tuesday.

„For over a century we’ve been forced to hide cannabis consumption out of public view, but that time is now over,” the Lowell Cafe website reads. „We’re proud to announce Lowell Cafe — America’s first cannabis cafe serving farm fresh food, coffee, juice, and cannabis daily.”

Lowell Cafe is a hybrid weed lounge and restaurant where you can order up some pot along with your meal. The cafe boasts a „Dab Bar” for the more experienced cannabis consumer as well as a „Flower House” with hosts who can help customers, including novices, choose their perfect „flower.”

„So like with a wine sommelier coming to present wine or talk about pairings, that’s ultimately what we want to do,” general manager Lily Estanislao told CBS Los Angeles.

„A couple of questions we ask at first is: what’s your tolerance level, and are you with someone safe or do you have a method to get home after,” Erika Soto, a flower host, explained.

The cafe says it aims to be a welcoming place for „cannabis connoisseurs” as well as „those who are just canna-curious.”

„I think it’s part of getting rid of that stigma, that negative stigma, on marijuana as a whole,” Petra McElvenny, a customer who checked it out at a preview event Monday night, told CBS Los Angeles reporter Jeff Nguyen.

Andrea Drummer, billed as one of the top cannabis chefs in Los Angeles, created „a unique menu of healthy, flavorful, non-infused dishes” that are designed to heighten cannabis experience, the website says. However, due to current laws, Lowell Cafe will not be offering foods infused with any cannabis. The website says there will be limited, pre-packaged „edibles” available for purchase.

There are some rules: No one under the age of 21 is allowed inside, even if they have a medical marijuana card, and the cafe encourages patrons to act as if they are going to a normal bar. That means no driving home under the influence.

Marijuana was decriminalized in California in 2016. The passage of the Adult Use of Marijuana Act allowed anyone 21 years of age or older to legally grow, possess, and use cannabis for non-medicinal purposes, with certain restrictions.

In 2018, it became legal to sell and distribute cannabis through a regulated business in the state. In 2019, new regulations for cannabis businesses were passed, with strong restrictions on selling and advertising to anyone under 21.

There are currently more than 10,000 licensed cannabis operators in California, making it the largest cannabis market in the country, according to the state’s cannabis portal.

Recreational use of marijuana has been legalized in nearly a dozen states, and 65% of Americans now think it should be legal — a record high in CBS News polling.

Most view marijuana as less harmful than alcohol and believe it is less dangerous than other drugs. Many opponents of legalization, however, think it leads to a rise in crime and favor the federal government taking action to stop the sale of pot in states that allow it.