The Christian Book Distributors are dropping their initials after getting inundated with cannabis requests.

Even pastors are preaching the healing power of CBD oil.

Adam Swanson, a Murfreesboro, Tenn.-based pastor, took a leap of faith when he decided to start farming hemp, a cash crop for his budding CBD business. He sells tinctures, candies, capsules and beauty products made from Cannabidiol (CBD), the non-intoxicating chemical component in marijuana that doesn’t get users high like THC. It’s said to help with everything from chronic pain and anxiety to insomnia, diabetes and menstrual cramps. 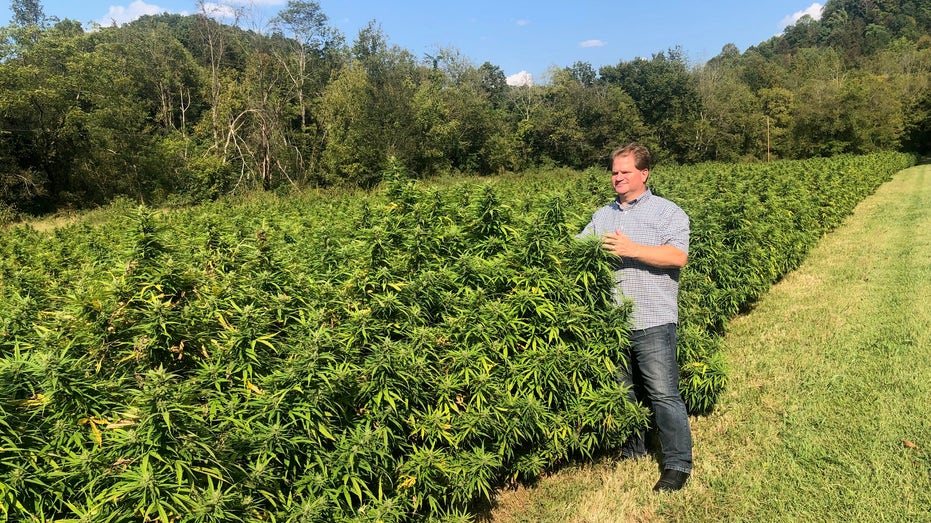 “I never did drugs. I’m a pastor, I run a Christian products business. People were like, ‘You’re selling what?’” Swanson, whose family owns the church supply company Swanson Christian Products, told FOX Business. 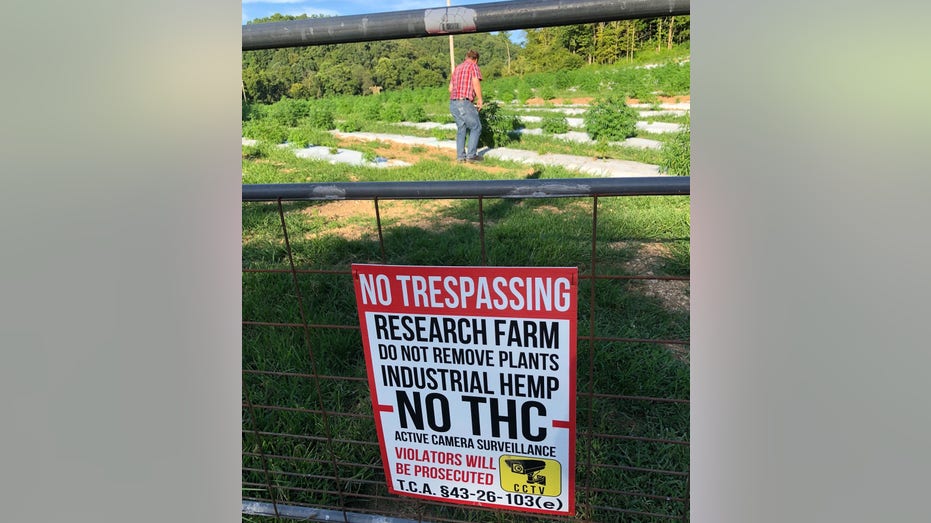 Adam Swanson, a Pastor from Tennessee, decided to start growing hemp for his budding CBD business.

He says the idea to sell CBD came to him in a prayer meeting when people started raving about its healing power to treat back pain and insomnia. “So many people were telling me how this oil had been helping them,” Swanson recalled.

So he did some research, and decided to start farming hemp last year on a plot of land his family owns. Swanson launched his own line of CBD products called Gen1:29, marketing products with the Bible verse it’s named after. His goal is wholesale distribution at Christian bookstores and retailers.

“Every herb and fruit bearing seed I have given you for food, Love God!” one of the product label’s reads. 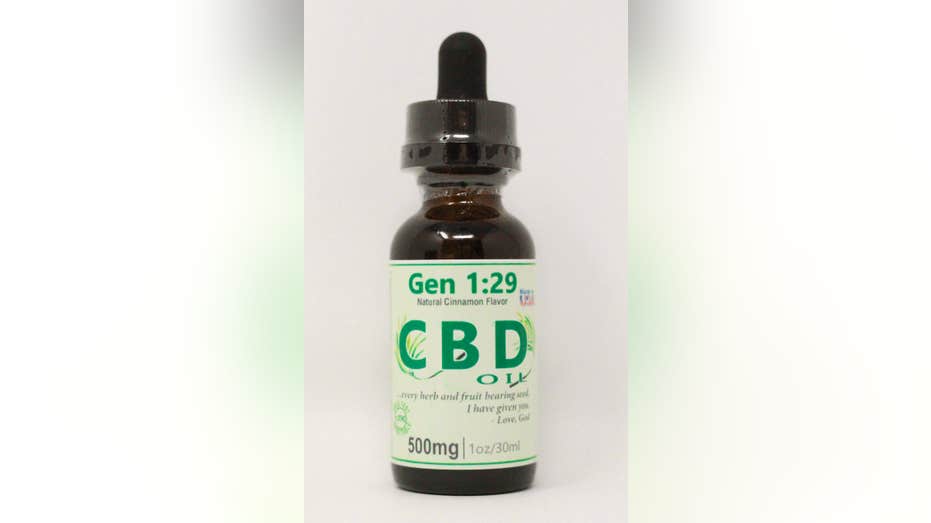 Gen 1:29, a CBD oil marketed to a Christian audience. (Photo by Abi Swanson)

“Our hope is that maybe somebody would get to read that on the product and go into a church, congregation or synagogue,” Swanson said.

Using the Bible to destigmatize CBD to Christian consumers is the latest way entrepreneurs are breaking into the multi-million dollar industry. The ubiquitous ingredient can be found in everything from coffee and candy, to makeup and spa products. The stuff is advertised on cocktail menus, at hotel mini bars and in pet products. It’s been marketed to a high end Barneys and fitness studios like SoulCycle have started peddling CBD products. And CVS announced in March it would start selling CBD items in more than 500 stores. So it’s no surprise, marketing experts say, that Christian companies and Swanson are becoming for-profit prophets of CBD.

“Referring to the Bible or using scriptural verses on product packaging is a savvy marketing technique that serves to legitimize a product that may seem taboo or strange,” Kira Ganga Kieffer, a doctoral candidate in religious students at Boston University who specializes in American religious history and pop culture, said.

Apart from the Christian-heavy marketing, the Gen 1:29 products don’t appear to be significantly different than any others on the saturated CBD market. There’s a 2,500 mg bottle of CBD oil selling for $180;. (To compare, a bottle in the same size from the CBDistillery costs $130). Then there’s a $50 body butter containing 100 mg of CBD; and $85 sour-worm gummies containing 1,500 mg of CBD.

“The packaging is also tongue-in-cheek by saying „Love, God” as though God sent this bottle of CBD oil straight to you as a personal gift. It seems intended to be an enticing combination of gimmick and authenticity,” Kieffer noted.

There’s been little scientific proof to support medical claims for alleviating chronic pain, depression, anxiety or cancer. The Food and Drug Administration has only approved one CBD-containing drug, Epidiolex, to treat people with epilepsy.

And there’s been ongoing confusion on the legality of CBD. Last year, the 2018 Farm Bill lifted a federal ban on hemp production that once classified hemp as a drug. Most states, however, haven’t changed their laws to align with federal rules, so many police officers and local law enforcement are confused about what products are legal.

Swanson has a retail storefront in Murfreesboro, where CBD made from hemp extract is legal. In 2017, Tennessee modified its industrial hemp law to allow the production of hemp with 0.3 percent THC or less (hemp growers must be licensed by the Department of Agriculture). 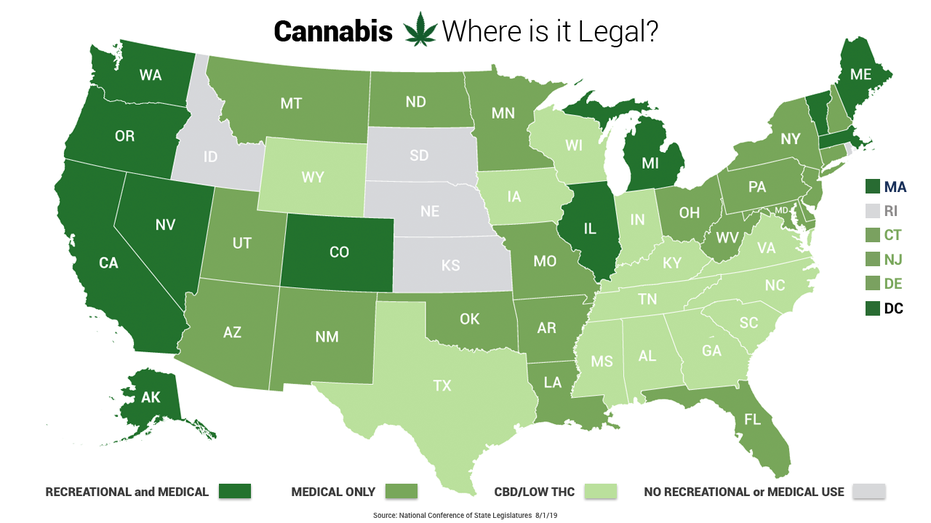 Some websites are likening the old biblical practices of anointing with oil with the new age natural wellness trend of CBD. God’s Greenery, a sister online publication of CannabisMd, owned by Toronto-based media company Miraculo, Inc., aims to be “the leading online resource for Christians to explore cannabidiol (CBD) and its natural benefits for healing,” according to the website. Some content featuerd includes “Top 10 scriptures that could give Christians a thumbs-up for CBD” , which notes Bible verses like James 5:14 (New Living Translation), and Mark 6:13 (Revised Standard Version) that make mentions of oil. „Here are 10 Bible passages that could apply to a Christ follower’s use of CBD,” Natalie Gillespie, author of the post and editor-in-chief of God’s Greenery, wrote.

Other sites, like ChristianCannabis.com, started by a nondenominational, marijuana-loving pastor, sells religious-themed CBD balm and vape pens to devout Christians.

Some churches in the South are starting to discuss CBD more openly. Texas-based pastor Jeff Mousa, of Dallas Bible Church, says the topic has come up, though there is still a stigma attached to CBD for being associated with marijuana.

While some progressive Christian churches and companies are openly preaching about CBD, others are trying to disassociate themselves from the conversation entirely. The Christian Book Distributors, formerly called CBD, changed its name in July to ChristianBook.com after it was getting inundated with requests for cannabis products.

Swanson says he inititally faced some backlash from the Christian community for selling it.