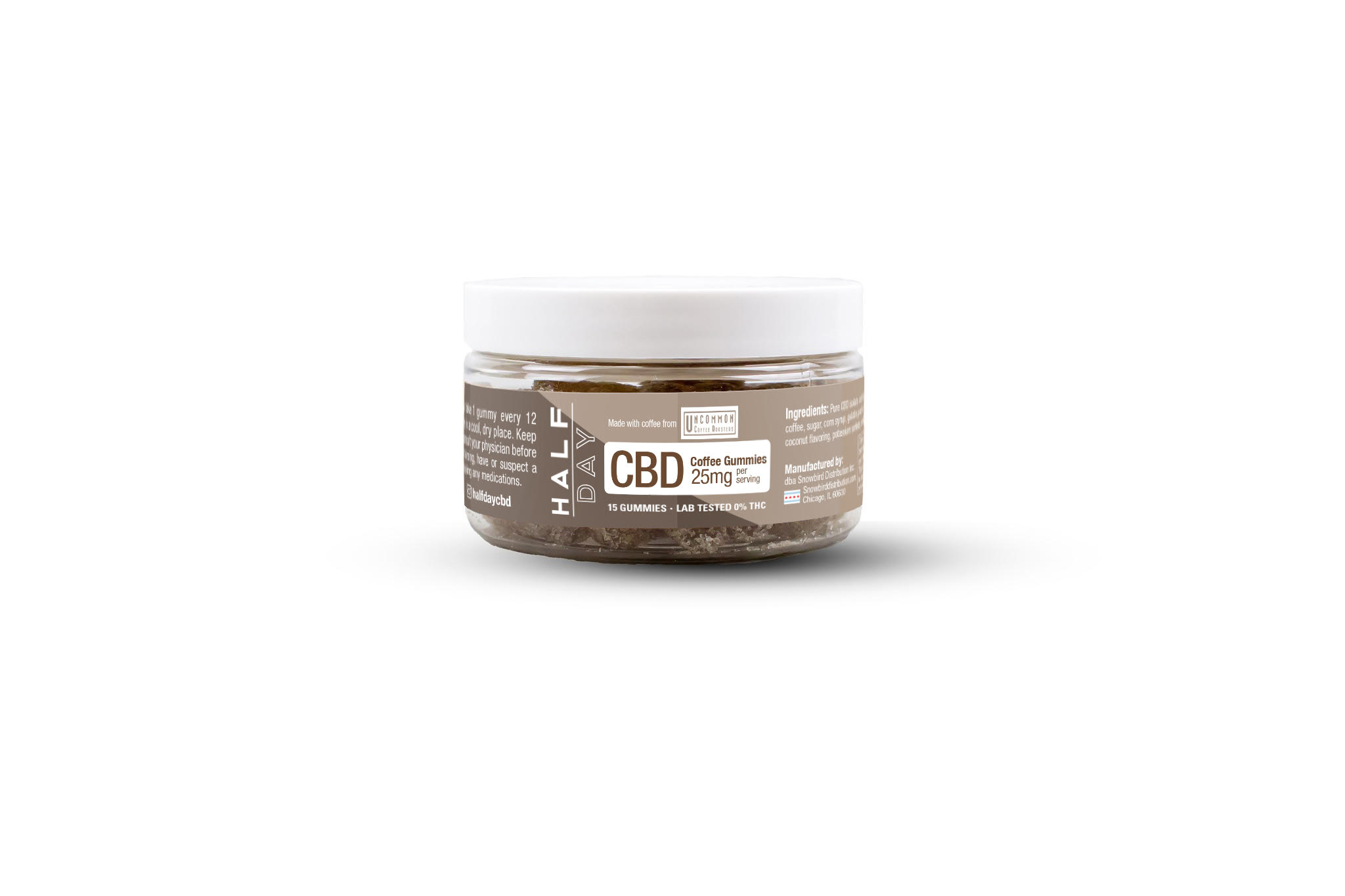 SAUGATUCK, MI – Calmer Coffee cannabidiol-infused gummies are caffeinated and taste like a latte.

Uncommon Coffee Roasters of Saugatuck collaborated with Half Day CBD of Chicago to create the gummies that offer 25 mg of cannabidiol, better known as CBD; and 5 mg of caffeine.

„There isn’t anything like it on the market, and we expect it will quickly become an in-demand item in our assortment of flavored CBD products,” said Dave DiCosola, CEO of Half Day CBD, in a statement.

CBD oil is a hot product in the alternative remedy market. It’s extracted from marijuana or hemp, but doesn’t produce the psychoactive effects of marijuana because it contains little THC. This year, Walgreens and CVS started carrying CBD products at certain stores nationwide, and Martha Stewart announced she would launch her own CBD product line.

After Proposal 1 passed in Michigan legalizing adult-use marijuana and industrial hemp — and the 2018 U.S. Farm Bill legalized hemp nationwide — there has been a proliferation of CBD products in the state.

Earlier this year, Michigan officials advised residents that food and drinks infused with CBD oil aren’t quite legal yet due to a tangle missing regulations.

After months of perfecting the recipe, Calmer Coffee was launched on the Half Day website in September and will make its way to about 250 Michigan and Illinois retailers this week. A container of 15 gummies sells for $24.99.

The gummies are made with Uncommon Coffee’s cold brew, vanilla and sugar for a smooth, mellow, sweet, barista-made latte flavor, DiCosola said.

“If you enjoy a carefully crafted sweet coffee drink, you’ll love this,” he said.

The gummies capitalize on a recent trend of taking CBD with one’s morning coffee, according to a news release.

The idea for the product was conceived in June when the Uncommon Coffee co-founders stumbled upon the Half Day tent at a Chicago-area festival.

After they tasted Half Day’s products, “the idea for a coffee-flavored gummy was born,” DiCosola said.

The two companies spent the next few months perfecting the product’s flavor, texture and consistency, he said.

Half Day sources its hemp from Kentucky and manufactures at a commercial kitchen Chicago. Products are tested by an independent lab for consistency, potency and safety to ensure a “pure, validated CBD product,” according to the release.

A small batch specialty coffee roaster, Uncommon Coffee’s history goes back to 1994 when its cafe, Uncommon Grounds, opened in Saugatuck. In 2000, the company began roasting its own coffee for the cafe. In 2010, the Uncommon Coffee Roasters wholesale business was opened.