The mother of the 2 Kenosha brothers charged with running a massive counterfeit THC vaping operation was in court TODAY. She’s charged with drug charges in connection to the case. Her bond was set at $100,000 dollars. @CBS58 pic.twitter.com/3BoZ6PIW3S

Courtney Huffhines is a real estate agent and managed the Bristol condo where investigators found the THC vaping operation.

“We believe she also played an integral part in obtaining a false identity of a person from Arizona and using them to and lease this condo under,” said Sheriff David Beth, Kenosha County Sheriff’s Department.

Sheriff Beth believes Tyler Huffhines, 20, is the mastermind behind the operation. Authorities say he was manufacturing up to 5,000 vaping cartridges a day. Tyler Huffhines told officers he had ten people working for him, filling the cartridges with THC oil, the illegal active ingredient in marijuana.

According to the criminal complaint, after reports came out to stop vaping she sent this text message stating, “Btw it is all vape and e devices. So might need to look into another business.”

„We found almost everything except the THC,” said Sheriff Beth.

The Waukesha County District Attorney’s Office turned over some of the cartridges to the Food and Drug Administration for testing.

“To determine if there a relationship between the product that was manufactured by these three individuals and sold in southeastern Wisconsin and throughout the Midwest and the illnesses and deaths that have occurred,” said Lesli Boese, Waukesha Deputy District Attorney.

KENOSHA COUNTY, Wis. (CBS 58) — The mother of two brothers accused of running a multimillion dollar drug operation in Kenosha County, has been taken into custody.

CBS 58 located a Courtney Huffhines who was booked into the Kenosha County Jail.

Tyler and Jacob Huffhines’ arrest made national news. The brothers are being charged with eight felonies between them. 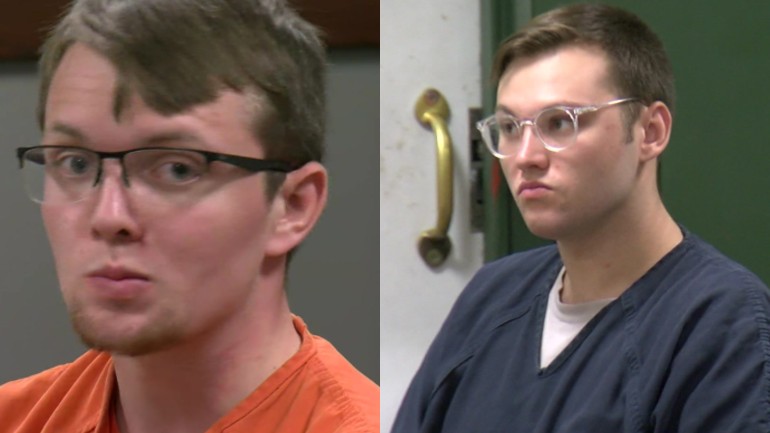 For 20-year-old Tyler, who Kenosha County Sheriff David Beth has called „the ringleader of the operation,” it’s going to take half a million dollars to get him out on bail. Authorities say he was manufacturing up to 5,000 vaping cartridges a day. Tyler Huffhines told officers he had ten people working for him, filling the cartridges with THC oil, the illegal active ingredient in marijuana.

Both appeared in court Thursday and were bound over for trial. They’re due back in court for arraignment on October 23.