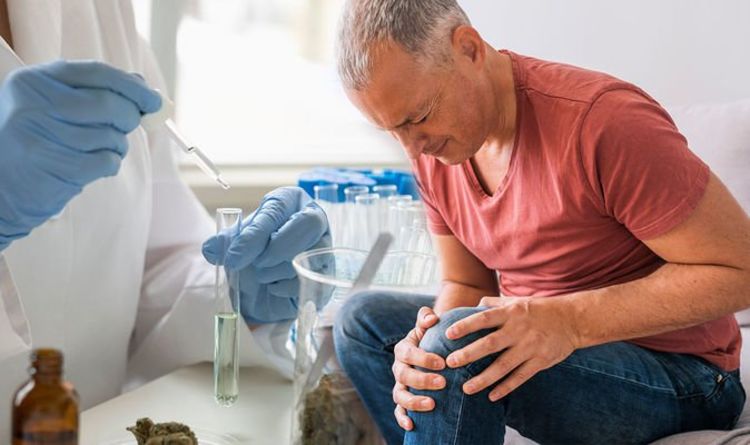 According to a new study, doctors have been told not to dismiss the trendy CBD oil for patients suffering with arthritis pain. CBD oil has exploded in popularity in recent years and is a legal substance extracted from cannabis. While many patients, including scores of celebrities such as Mike Tyson, Morgan Freeman, Tom Hanks, Jennifer Aniston, Michael J. Fox and Whoopi Goldberg, says it’s helped them cope with anxiety, sleep problems and pain, many are still dubios when it comes to the health benefits. Now a new clinical review by experts in USA, say that CBD is a „promising area for the future of clinical pain management”. The mechanism responsible for CBD’s positive health effects is not entirely understood, but researchers believe that the compound attaches to receptors in the body known as cannabinoid receptors; these may, in turn, cause the body to produce natural cannabinoids. Can CBD oil be used as a supplement to relieve arthritis pain?

Lead study author, Doctor Harrison Van Dolah of Creighton University School of Medicine in Omaha, USA said: “Chronic pain management like arthritis continues to challenge patients and physicians alike, and investigation into potential therapies such as CBD and hemp oils is a promising area for the future of clinical pain management for both pain relief as well as addiction management.

„We encourage physicians not to disregard patients’ interest in these therapies and instead to retain clinical curiosity.”

Dr Van Dolah analysed three decades worth of scientific evidence into CBD and cannabinoids to make the claim.

Speaking about tetrahydrocannabinol (THC) – the high-giving, psychoactive part of the cannabis plant, which is only present in tiny amounts with CBD – he adds: “Cannabidiol and hemp oils have become especially popular because of their low THC levels, resulting in attributed medical benefits without the ‘high’ of marijuana.

„However, clinicians have concerns about whether these treatment options are legal, safe, and effective and are largely unfamiliar with these products.”

When it comes to CBD for pain management, there’s a growing amount of quality evidence to suggest it can help. It’s thought CBD attaches to ‘cannabinoid’ receptors in the body, which are responsible for things like pain sensation, mood, memory and appetite.

This can help decrease inflammation and in turn reduce chronic pain.

Doctor Van Dolah concluded: “CBD therefore represents an attractive option in chronic pain treatment, particularly in the context of opioid abuse, not only because of its potential efficacy but also because of its limited misuse and diversion potential as well as safety profile.”

CBD oil is sold legally in the UK as a „food supplement” – as long as it contains less than 0.2 per cent THC – and according to the NHS is not sold for any „purported curative or medicinal effects”.

But a growing number of high profile individuals have spoken of their own experiences with taking CBD.

Olivia said: “Recently, I did a play on Broadway for six months. My body was wrecked, my neck was really tight. The CBD has relaxing benefits, and the idea is to avoid using too many painkillers.”

David added: “Until we have a wealth of thorough, robust and peer-reviewed scientific studies into CBD oil, it’s impossible for us to know definitively what health benefits it might have.

„But what we do know for sure is that many of our customers report improvements to things such as pain relief, or for anxiety and sleep promotion.

„And any research which sheds new light on the properties of CBD is to be welcomed.”

A separate study released last month suggested taking CBD oil could also help those suffering with alcoholism or wanting to cut back on alcohol.

Scientists at the University of Lyon, France, said: “Evidence shows that CBD may be of strong therapeutic interest in alcohol use disorder and could have a significant action on drinking levels in human subjects, since it is effective on different aspects of the disease – intake, motivation, relapse, anxiety, and impulsivity.”