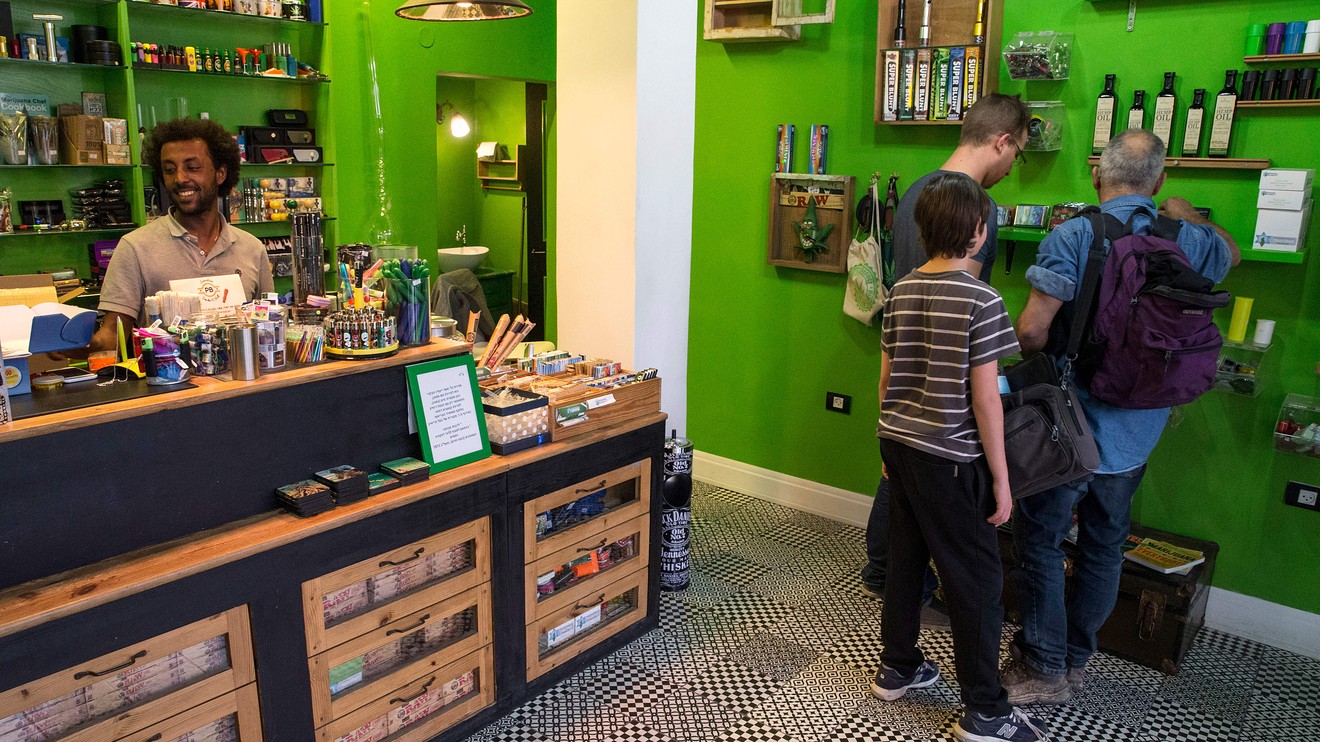 Cannabis stocks reversed their early losses to move higher in afternoon trade Wednesday, after a report found that most Americans favor decriminalizing all drugs.

The report by libertarian think tank Cato Institute found 55% of 1,700 adults polled want drug offenses to be treated like civil infractions that do not carry jail time, compared with 44% who disagree. While polls have long found Americans in favor of legalizing cannabis, support for overall drug policy has mostly been lacking, as advocacy site Marijuana Moment reported.

The report came as the broader markets were under heavy selling pressure from recession fears with the Dow Jones Industrial Average DJIA, -1.86%  down more than 500 points and the S&P SPX, -1.79%  own 2%.

The Horizons Marijuana Life Sciences ETF shed its early losses to trade up 1.6% with 24 of its constituent stocks trading higher. The ETMFG Alternative Harvest ETF was flat. The ETFs have fallen for the last four trading sessions.

“Valuations on a select group of cannabis companies are starting to look appealing at these levels,” said Korey Bauer, portfolio manager at the Cannabis Growth mutual fund CANNX, -3.09% from Foothill Management. But investors should be “very selective” in the sector at this time, he added.

“Sentiment clearly is negative,” he said, citing the vaping-related lung disease that has sickened people across the country and the increasing difficulty in accessing capital.

“The sector is (being) driven purely by retail investors. Retail panic is creating opportunities for active managers like us,” he said.

The market was pressured early in the session by losses for the big Canadian licensed players, after an analyst said earnings expectations are unrealistic and told investors to brace for more bad news.

MKM Partners analyst Bill Kirk outlined his forecasts for when companies will report positive EBITDA, or earnings before interest, taxes, depreciation and amortization, a metric that is more of a measure of cash flow than actual profit.

Even on that basis, Kirk said he expects market leader Canopy Growth CGC, +0.69% WEED, +1.66%  will not be EBITDA positive until the first quarter of 2022, a full year later than the current consensus estimate. For Aurora Cannabis ACB, +0.73% ACB, +2.21%,  the most widely held stock, Kirk expects positive EBITDA by the first quarter of 2021, compared with the current consensus of the third quarter 2020.

“With Aurora warning of slower buying from provinces in July and August (warning Sept. 12), and little indication new retail locations are opening in Ontario in October, we believe the next reported quarter will not show meaningful net sales acceleration,” Kirk wrote. “Increased costs, without the hoped for sequential revenue growth, results in profitability that is likely to disappoint.”

For Canadian LPs to improve profitability would require that pricing holds up, that new products due at year-end when derivatives come on line succeed and are margin-accretive, that export markets demand product grown in Canada and that brands start to resonate across regions.

Read: Canopy Growth’s remaining CEO talks about pot company’s shake-up, and the search for his replacement

“Rather than be wildly profitable in two years, we expect the Canadian LPs to be roughly break-even,” said Kirk. They would need to keep their sales, general and admin. costs flat — which is unlikely — and that would barely produce the P&L leverage to reach consensus estimates. Companies would need to move from about C$500 million ($377 million) in EBITDA losses in the current year to a C$900mn EBITDA gain in two years.

By comparison, the U.S. government has calculated that Mexican cartel chief El Chapo (Joaquin Guzman) made over $12 billion from his illegal drug trade, while the top Canadian growers have cumulatively lost $1.4 billion, said Kirk.

Canaccord analysts named three picks in the sector that are showing improving fundamentals in a tricky time for the industry. Ayr Strategies AYRSF, -2.13%, a multi-state operator with its main operations in Massachusetts and Nevada, will benefit from a shift away from vapes following a short-term ban in the Bay State, according to analyst Bobby Burleson.

“Rising wholesale spot prices are likely to become more evident in coming weeks and could serve as a near-term catalyst for AYR’s shares,” he wrote in a note to clients.

Planet 13 Holdings PLTH, +1.40%, a Las Vegas-based cannabis dispensary, is expected to benefit from continued strong sales and falling costs as its ramps production, said the analyst. Plus Products PLPRF, +8.11%, a leader in CBD-infused gummies, is expected to benefit from a shift to non-vape consumption, said Burleson, which he said is already evident in channel checks in California.

From Marijuana Business Daily comes the news that the wholesale cannabis market has remained largely unmoved by the current outbreak of severe lung disease that is believed to be tied to vaping. The disease, which has killed 12 people and sickened more than 800, according to the Centers for Disease Control and Prevention, was expected to discourage consumers from vaping cannabis products and move them to flower and pre-rolls instead. But wholesale cannabis growers said pricing has not moved dramatically during the crisis, and the percentage of flower being purchased has barely changed.

See now: Vape sales are falling on fears about the outbreak of vaping-related lung illness

In company news, Tilt Holdings TLLTF, +32.09%  said it has negotiated an agreement with six of its remaining founders, under which they will forfeit all 60.2 million stock options granted at the time of the reverse merger of four companies that created Tilt last year.

Tilt stock was last quoted at the stock trading at 31 cents, up about 44%. The company reported stock-based compensation expense of $47 million in the second quarter because of the stock options.

“Adjusting for the subsequent forfeiture, TILT’s Q2 2019 net loss of $48.9 million would have been almost entirely reduced, bringing the company close to break-even,” it said in a statement. Tilt made headlines in May when it booked a goodwill impairment charge of about $500 million in its first quarterly report after going public. That led to a massive loss of $554.5 million on sales of $5.7 million.

Chief Executive Alex Coleman told MarketWatch at the time that the charge was because the company used one methodology on Dec. 6, 2018, to value the companies that merged to form Tilt Holdings, and a different set of standards on Dec. 31.

For more on this, read: How a freshly grown cannabis company managed to lose $500 million in less than a month

Related: Marijuana stocks are oversold — here’s how to know when to buy them