MONTEVIDEO (Reuters) – In a white, sterilized laboratory on the outskirts of Uruguayan capital Montevideo, biochemist Javier Varela and his team are carefully cultivating plants for a booming multibillion-dollar global market in medical marijuana.

The company Varela works for, Fotmer Life Sciences, has just made the first commercial shipment of medical cannabis from Latin America, 10 kg (22 lb) of dried flowers with high levels of active ingredient THC destined for patients in Australia.

The small but landmark export underscores the country’s push into the burgeoning market for legal cannabis, that has medical uses including helping cancer patients manage chronic pain or treating spasms associated with multiple sclerosis.

“Our goal is to create a billion-dollar industry here in Uruguay in the next five to seven years,” Jordan Lewis, chief executive of Fotmer Life Sciences, told Reuters at the Montevideo lab. The firm soon hopes to announce shipments to the European Union, where Germany is the key market, he added.

Uruguay has been ahead of the curve. It was the first country to legalize the growing, sale and smoking of marijuana in December 2013 in a pioneering social experiment closely watched by other nations debating drug liberalization.

The number of countries legalizing the use of medical cannabis is expected to almost double to around 80 in the future, Lewis said, “creating a potential (global) market of $100 billion in the next ten years.”

In the coming weeks the firm will begin exporting 100 kg each month of dried flowers and cannabis extracts, Lewis said.

The potential is clear. While market forecasts range widely, advisory and investment bank Cowen Inc predicts the U.S. cannabis market alone could be worth $80 billion by 2030.

In the company’s facilities, in a science park complex 21 km (13 miles) from Montevideo’s center, Varela’s team of scientists are taking things seriously. To get into the white-walled labs, visitors must wear plastic cloth shoes, a tunic, cap, mask and latex gloves.

Varela says it is vital to control the quality of the environment for the cannabis plants, especially given the high global standards needed for making medicines as well as in the handling of agricultural products.

Each plant has a number and bar code, part of system to track the production process and catch possible genetic issues. There were 350 marijuana plants growing and 27 different genetic varieties when Reuters visited.

The plants once ready are transferred to 18 industrial-size greenhouses in Nueva Helvecia, 120 km away, equipped with drying, curing and packaging machinery. 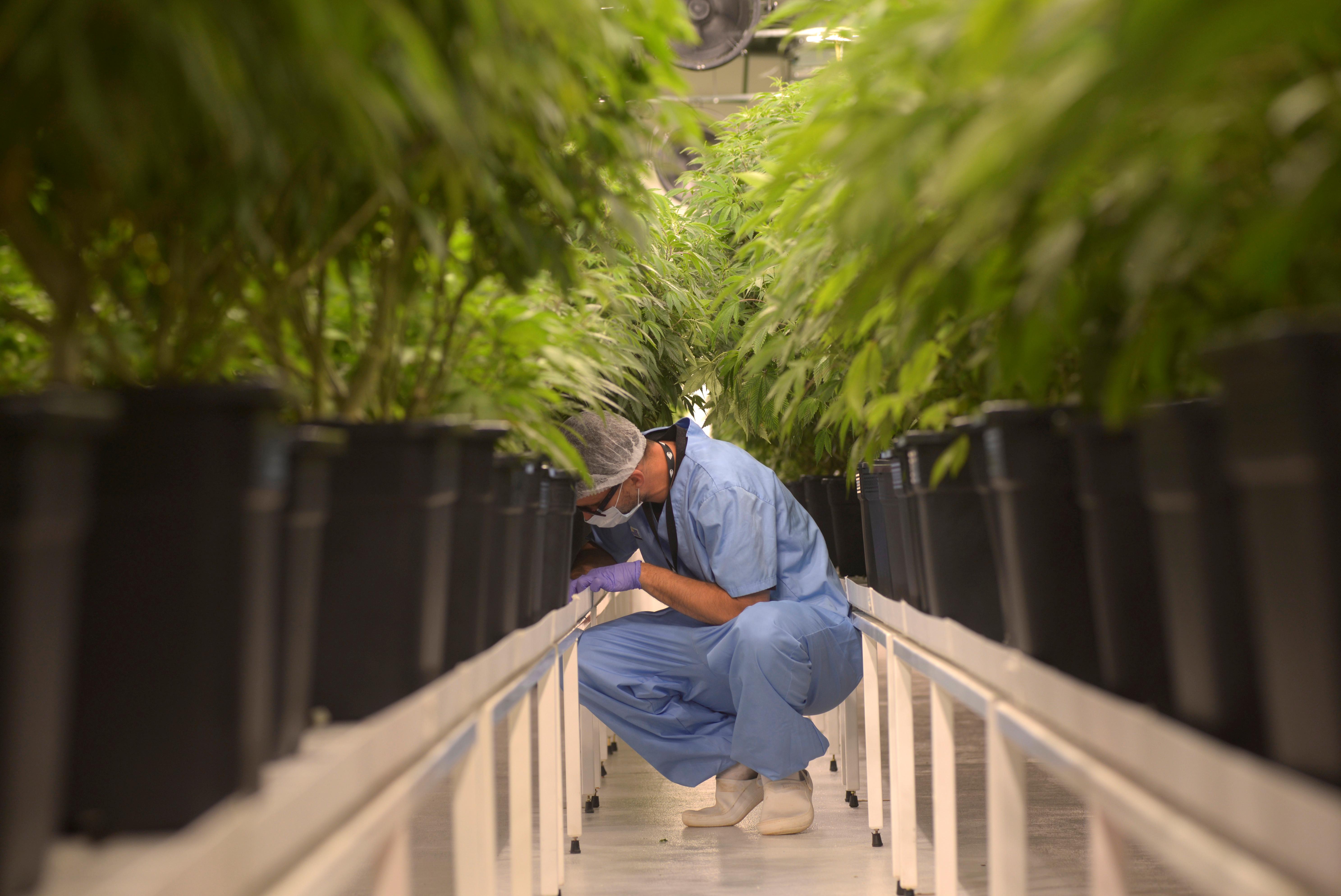 Varela, a biochemist, got interested in studying the uses of cannabis while doing a doctorate in the Netherlands. When he returned to Uruguay, he joined one of the early projects being done by Uruguayan Fernando Sassón along with American Lewis.

Uruguay’s support for the industry has put it at the forefront of the growing global market, he said.

“As we see legalization happening at a global and regional level, Uruguay is pushing ahead to develop highly-qualified people with the right skills really quickly.”

Reporting by Fabián Werner in Montevideo; Editing by Adam Jourdan and Tom Brown