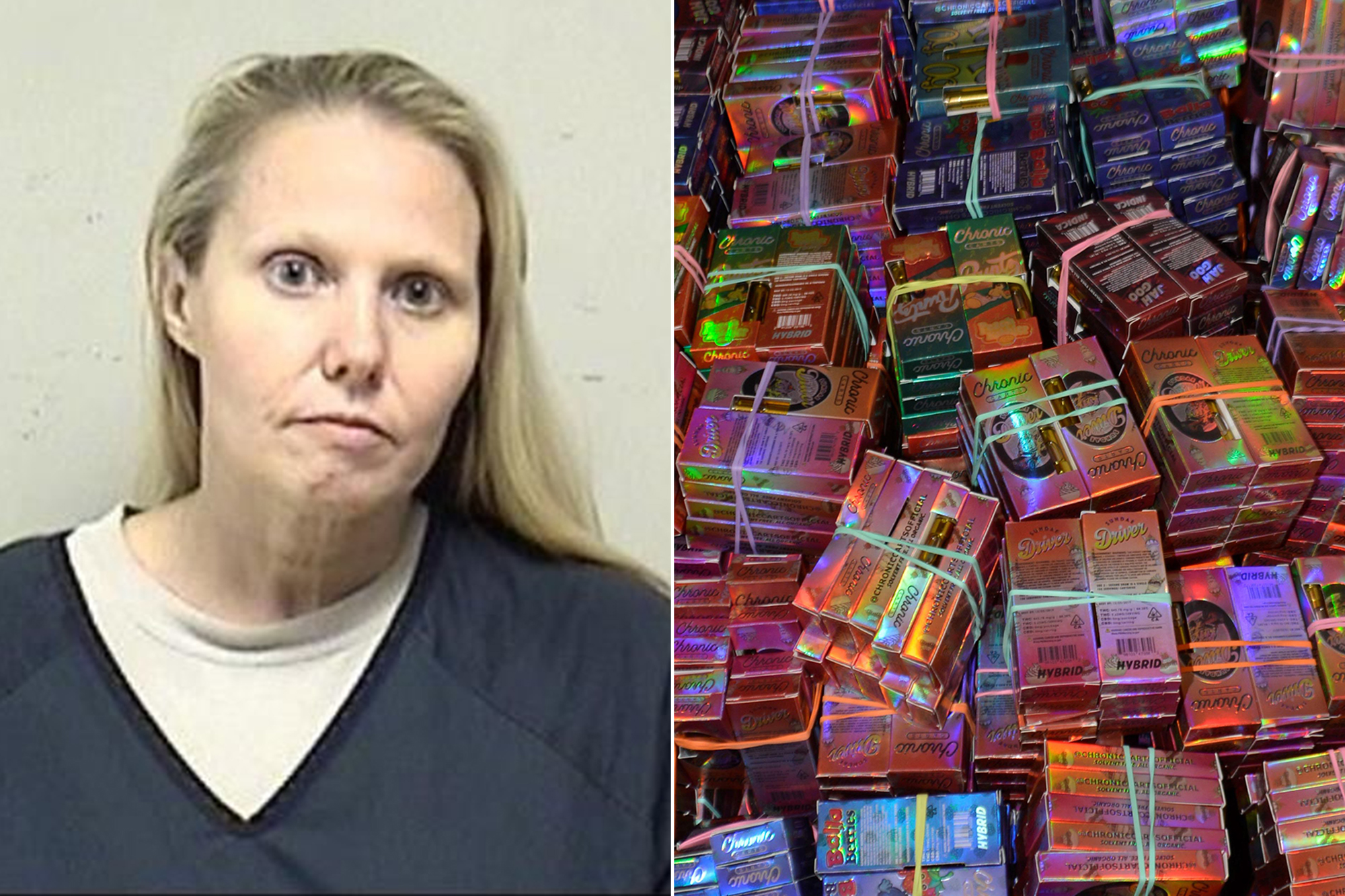 Courtney Huffhines, 43, was charged with maintaining a drug trafficking place, possession with intent to deliver and misappropriation of personal identifying materials. She is currently being held in the Kenosha County Jail and her bail was set at $100,000.

Huffhines was taken into custody several weeks after police arrested her sons, Tyler, 20, and Jacob, 23. The pair were charged with different offenses: Tyler, the alleged ringleader, with maintaining a drug house, identify theft and intent to manufacture and distribute THC over 10,000 grams; and Jacob (who was already on probation for dealing cocaine) with possessing cocaine, THC and a firearm.

Prosecutors alleged that Courtney Huffhiness helped her sons run their operation in several ways. She allegedly helped Tyler rent a condo in Bristol, Wisconsin, where the THC vape operation was allegedly located (Tyler was allegedly renting the place under a fake name as well). Prior to her arrest, authorities also discovered that the Huffhines family was allegedly packaging weed vape cartridges at Courtney’s real estate office as well.

“All the THC oils were gone at that time, but all the packaging, everything that was there in the Bristol condo, was also there in the back of her office,” said Kenosha County Sheriff David Beth.

Police reportedly also uncovered potentially incriminating text messages between Courtney and her sons, including a message in August that read, “Can someone also please sweep up the coffee and put the scales in the garage away.”

During the September raid that led to the arrest of the Huffhines brothers, police reportedly seized a stash of THC cartridges worth over $1.5 million. At the family’s home in Paddock Lake, they found $59,000 in cash, eight firearms and ammunition, cocaine, marijuana, Xanax pills, nine cell phones, and assorted drug paraphernalia. Police also alleged that the Huffhines brothers had hired at least 10 people to help run their operation, which authorities estimated was one of the largest THC vape counterfeiting rings in the country.

During Tyler Huffhines’ initial court appearance in September, his lawyer, Mark Richards, argued that there was no evidence to suggest that his client was connected to vaping-related health crisis that has killed at least 12 and caused nearly 400 illnesses in 36 states and one U.S. territory. The Food and Drug Administration is reportedly testing the Huffhines’ product to see it is linked to any such illnesses or deaths.