State officials are now taking steps to ensure those who’ve been negatively impacted have a leg up when Illinois legalizes adult-use cannabis in 2020.

The Illinois Department of Commerce and Economic Opportunity released a map earlier this week highlighting the parts of the state hardest hit by the criminalization of cannabis.

Michael Negron, the agency’s assistant director, said the statute legalizing recreational cannabis that Pritzker signed into law in August aims to ensure people from those hard-hit communities benefit “by having job opportunities and having opportunities… to get into this industry and to build wealth.”

Negron said people who live in highlighted areas on the map released by the state will get precedence if they apply for a cannabis dispensary license.

People who meet the law’s requirements and qualify as “social equity applicants” are also eligible for low-interest loans from the state and other resources, such as technical support and assistance with developing business plans.

Negron said the additional supports are intended to help people who may not have large amounts of capital, or experience in the cannabis industry, break into the market.

“There are a host of barriers to entering the cannabis industry, not the least of which is capital,” Negron said. “It remains a controlled substance federally, so there are virtually no banks (that) offer capital” and the startup costs for a dispensary or cultivation site can easily run into the millions of dollars.

Also, Negron said, it’s a specialized industry, meaning those who lack prior experience may be at a disadvantage when it comes to things like knowing how to control inventory, manage the supply chain and have the right security plans in place to safely operate a cash-heavy business. 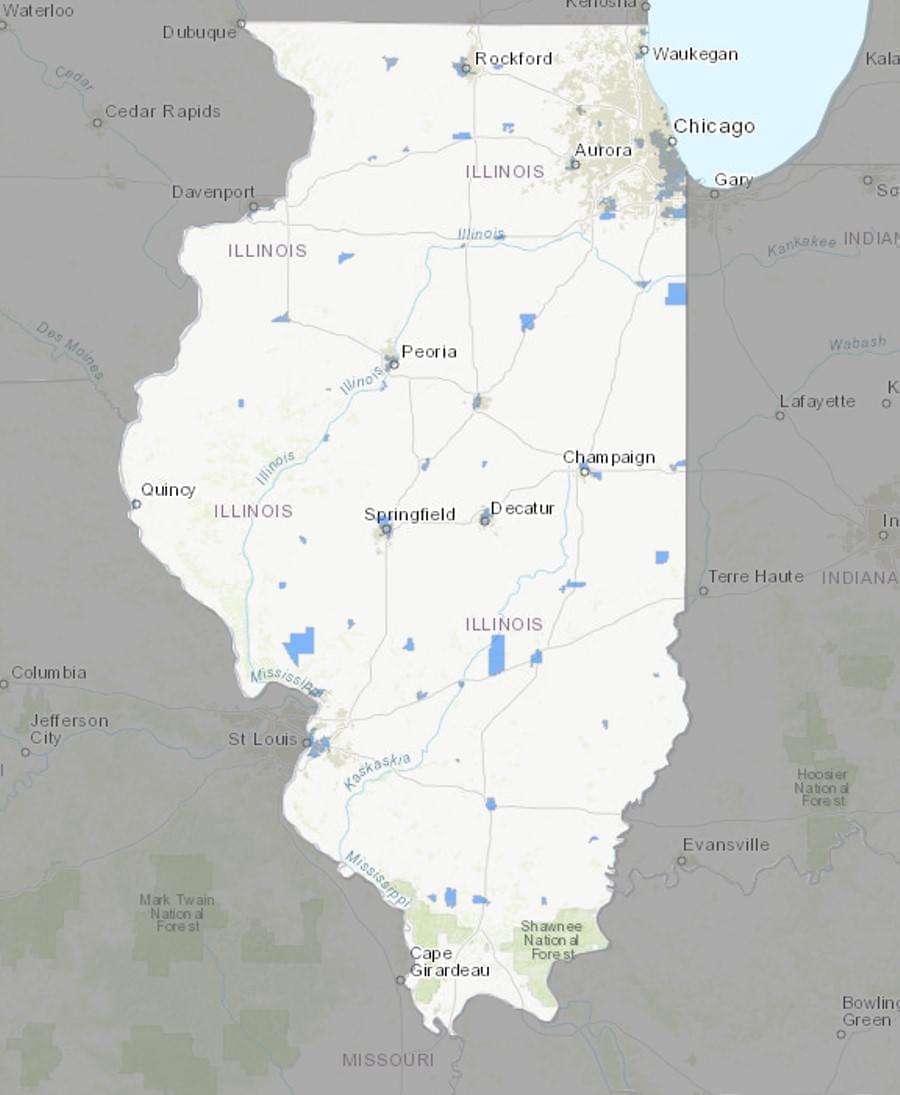 Illinois officials created a map highlighting regions that have been disproportionately impacted by the criminalization of cannabis. To receive the designation, a Census tract must have high rates of arrest, conviction and incarceration related to cannabis, among other qualifications including poverty and unemployment.

The state will offer up to 75 licenses for new cannabis businesses.

The process is competitive, and applications are scored up to a maximum of 200 points.

Negron said applicants who demonstrate they meet the “social equity” requirements in the law will receive an additional 50 points on their application, which should give them an advantage.

To qualify, applicants with majority ownership of the company must demonstrate that they’ve either lived in a disproportionately impacted area for at least five of the past 10 years, or have been arrested for or convicted of an offense that’s eligible for cannabis expungement under Illinois law. Family members of such individuals may also qualify.

Applicants who don’t meet the residential component personally, but who employ a majority of people who either live in disproportionately impacted areas or have a prior record of cannabis offenses, may also qualify as a “social equity” applicant.

Negron said that it’s always a possibility, given the way the law is written, that a person or corporation could take advantage of the rules to gain a cannabis operating license in a way that doesn’t match the intent of the law.

For example, a multi-state operator could find someone who lives in a disproportionately impacted area and give them 51% of the front-end ownership but only 5% of revenue.

“There’s a lot of ways we’ve heard in other states, people try to take advantage of these rules, and they’re not accomplishing one of the important goals, which is to bring people into the industry and build wealth,” Negron said. “And so, we intend to make sure that we’re reviewing ownership documents and other structural documents before we’re giving out any loans or giving out any forms of assistance. We want to be vigilant against that.”

IDFPR announced Tuesday that applications for new dispensing organizations are now available online. The agency will receive submissions from Dec. 10, 2019 through Jan. 2, 2020 and plans to award 75 licenses by May 1, 2020.