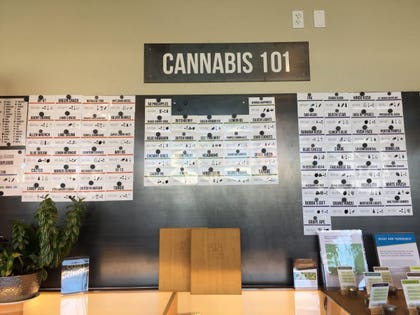 The cannabis industry continues to gain traction, with worldwide legal cannabis spending forecasted to surge from $10.9 billion in 2018 to $40.6 billion in 2024, according to Arcview Market Research/BDS Analytics. Much of that spending growth is coming from the US, where states’ cannabis legalization has translated to increase adult usage. Small businesses are thriving and hiring in this industry due to rules that dissuade larger companies from entering the market. The fortunes of those companies could hinge on federal legalization.

Industry watchers are mixed, but many believe federal legalization is coming. Two thirds of US states currently allow medical marijuana, a growing handful are legalizing it for recreational use, and public acceptance continues to rise. The conflict between state law and federal law has become “intolerable” according to U.S. Attorney General William Barr. The American Bar Association calls it “untenable.”

There has been some forward movement. The US House of Representatives recently passed a bill that would allow banking by cannabis companies that are operating legally in their own state. This measure, if passed into law, would help cannabis businesses take out bank loans,  establish checking accounts, and help them avoid doing business in cash. The Senate hasn’t indicated whether it would pass the bill as well, but more politicians are speaking in favor of supporting the cannabis industry. Banking would of course help small businesses that are already operating in cannabis, but would also attract bigger players into the market.

The total size of the cannabis market will hinge on whether cannabis is “de-scheduled.” It is currently listed as a Schedule 1 substance meaning that it is considered highly addictive and offers no positive uses.  (As a side note: Fentanyl which caused about 29,000 deaths in the US in 2017 according to the CDC, is a Schedule 2 substance. This means that according to current policy, people are more likely to abuse and become addicted to Marijuana than Fentanyl.)

Currently, each state where cannabis is legally sold has its own set of rules and regulations and cannabis can not cross state lines. The result is a legal cannabis industry comprised mostly of small businesses and some multi-state operators. Federal legalization would change that quickly.

Legalization will likely cause a surge both in consumption and production, with supply swamping demand, according to Garrett Nelson, senior equity analyst at CFRA Research in Rockville, Maryland. After a period of overproduction and price erosion, prices will eventually stabilize, said Nelson, however, they are likely to be lower than they are now.

Small businesses will have big competition. In Canada for example, where recreational use is federally legal, Constellation Brands, Altria Group, Anheuser-Busch InBev, Molson Coors and Imperial Brands are among the large companies wading into the cannabis business via investments and partnerships, according to Nelson.

Increased competition from well-funded companies that already have a 50-state presence pose a threat to small businesses working in one state. If marijuana becomes legal federally in the US Nelson said, “only the largest, lowest-cost and most well-capitalized producers will succeed.”

Federal legalization will also result in a consolidation of small businesses as they are snapped up by larger ones who want a foothold in the new industry. Small businesses would do well to establish their brand names and keep their accounting records pristine, so they become attractive acquisition targets.