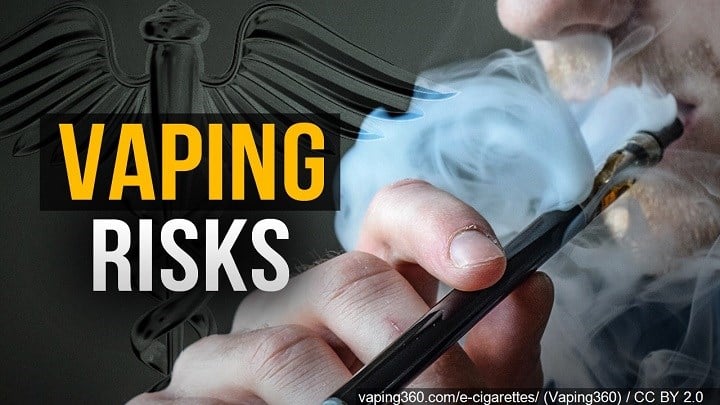 In a statement released Friday, FDA Acting Commissioner Dr. Ned Sharpless said that the ongoing outbreak of vaping-related lung injuries continues to underscore the need „to gather critical information and provide consumers with actionable information to help best protect themselves and their loved ones.”

„We’re strengthening our message to the public in an updated consumer alert stating that they should not use vaping products containing tetrahydrocannabinol (THC), the primary psychoactive component of the cannabis plant,” Sharpless said in the statement.

„Additionally, consumers who choose to use any vaping products should not modify or add any substances such as THC or other oils to products purchased in stores and should not purchase any vaping products, including those containing THC, off the street or from other illicit channels,” he said, adding that „according to recent findings, most of the patients impacted by these illnesses reported using THC-containing products, suggesting THC products are playing a role in the these illnesses.”

For those who choose to continue using vaping products, particularly those containing THC, Sharpless urged monitoring for symptoms and promptly seeking medical attention if people have concerns about their health.

There have been 21 deaths confirmed from 18 states: two in California, two in Kansas, two in Oregon, and one each from Alabama, Connecticut, Delaware, Florida, Georgia, Illinois, Indiana, Michigan, Minnesota, Mississippi, Missouri, Nebraska, New Jersey, Pennsylvania and Virginia.

The US Centers for Disease Control and Prevention, FDA, state and local health departments, and other clinical and public health partners are continuing to investigate the multistate outbreak of lung injury associated with using e-cigarette products.

„We now have information for 578 patients with information on substances used in e-cigarette or vaping products in the three months before symptom onset,” CDC Principal Deputy Director Dr. Anne Schuchat said during a briefing with reporters on Thursday.

While the cause of the outbreak remains unknown, „we found that about 78% reported using THC containing products,” she said. „This is a critical issue.”