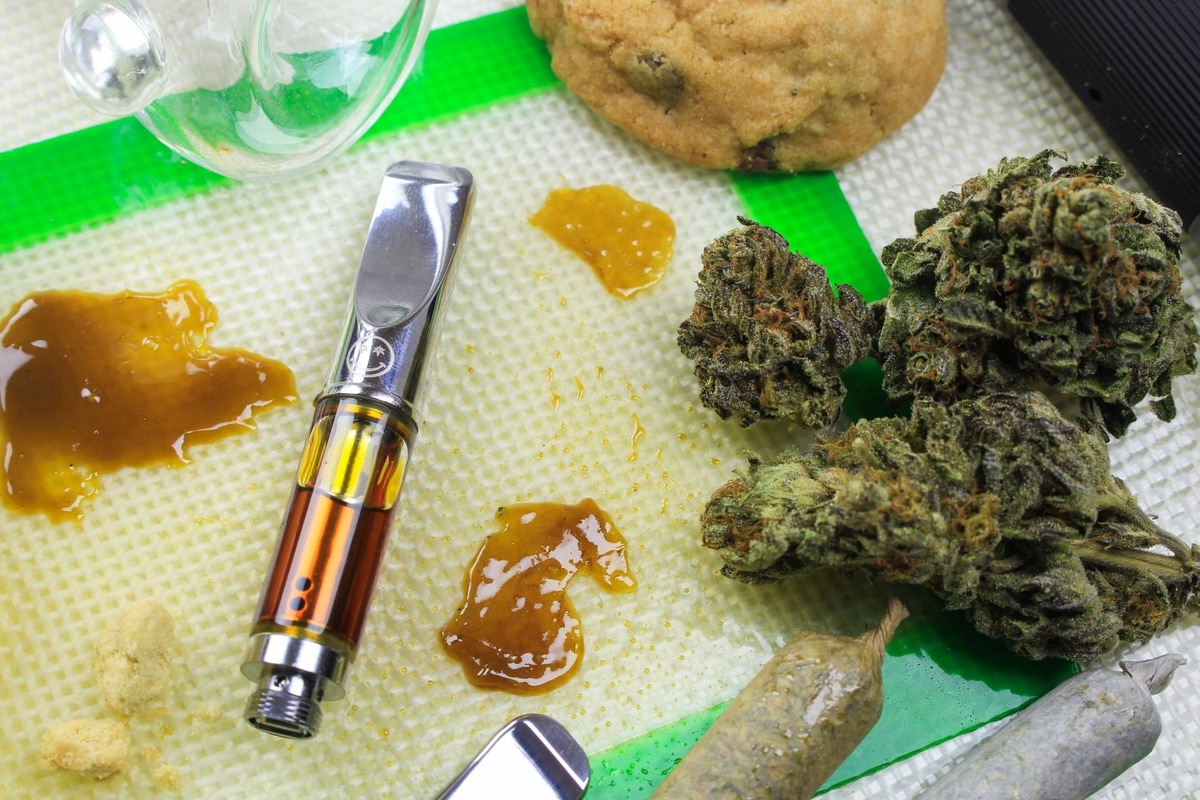 That decision immediately raised questions. Among them: How does the state define „flavor” in cannabis vapes?

The Oregon Liquor Control Commission answered that question this afternoon: The ban will apply to any non-marijuana derived terpenes—including terpenes extracted from plants other than cannabis. (The agency says it will issue more detailed rules next week.)

„The OLCC Commission will act on temporary rules proposing to ban licensed marijuana retailers from selling any cannabinoid (marijuana and hemp) products containing any flavor, including non-marijuana terpenes. In this
interpretation the OLCC does not include terpenes derived from marijuana as a 'flavor.’ The temporary rule will also prohibit licensed processors from manufacturing or distributing those same products,” a statement from the OLCC reads.

This resolves a day of confusion for people in the cannabis industry. Shortly after noon, WW asked state offices for their definitions of „flavor.” The OLCC issued its statement at 3 pm.

The OLCC statement said it will ask retailers to remove flavored products from shelves once the rules are established next week.

„After the Commission acts the OLCC will provide further guidance to licensees about taking inventory of flavored or non-marijuana terpene-containing products, removing them from retail store shelves and setting those items
aside,” the statement read. „The OLCC will make compliance checks at licensed processors and retailers to make sure affected product is not being offered for sale.”

The flavor ban issued by the governor this morning applies to both tobacco and cannabis vapes. For tobacco vape cartridges, like e-cigarettes from the brand Juul, the ban is devastating. Nearly all e-cigarettes sold in licensed tobacco shops are heavily flavored with synthetic fruit flavors.

How it will impact cannabis oil extractors—a key component of a struggling Oregon weed market—isn’t as obvious.

Arguably, cannabis oil producers who add flavorings will take the brunt of the ban. But those in the industry have different takes on just how challenging this will be for cartridge makers.

Economist Beau Whitney says the temporary ban will have an immediate effect on the market as cannabis shops will have to quarantine all the flavored vaping products on their shelves, but he says that the cannabis industry is used to a “changing regulatory environment” and will adapt to the changes.

“Even before the industry came into the light, producers and cultivators were very malleable and flexible and they would adjust to the environment,” says Whitney. “What I predict is that these manufacturers will adjust to the new rules, because that’s in the industry DNA.”

Whitney says it’s easier to take something out of a product than add something in. He doesn’t think the ban will have an insurmountable effect on cartridge makers, but it will take some adjusting.

“I think it should be fairly straightforward for the industry to adjust on this,” Whitney says.

Dave Alport, who owns the Portland dispensary Bridge City Collective, says he doesn’t carry any flavored vape cartridges on his shelves—meaning he won’t have to quarantine any products. But he sees a laborious process ahead for producers who make flavored carts and will have to change their products and get re-approval from the Oregon Liquor Control Commission, which sets the standards for products.

“They’ll have to pay a designer to develop packaging, however long that takes, then submit it to the OLCC ,and while you’re doing that you’d be sending your oil out for testing to a lab,” Alport says about the process. “And then you might have to go back and forth with the OLCC to hear feedback and changes, and you have to update it. And then you have to find retailers.”

The link in the supply chain that will suffer the most, Alport says, is whosever hands the flavored carts are currently in: “If [a shop] already purchased the carts, that’s going to be cash flow problem for them. If it was inventory that’s on consignment and the supplier agreed to some leniency there, then it’s going to affect the extractor company more.”

Nathan Howard co-owns East Fork Cultivars, a cannabis farm that only distributes its plant to cartridge makers that only use cannabis-derived terpenes. He says he was immensely relieved to hear that the ban only includes flavoring and additives. The governor had considered a far more expansive ban.

Howard estimates that over half of the weed cartridges sold in Oregon have either non-cannabis derived terpenes in them, or synthetic flavoring. Most of the bigger oil extractors in the state are the ones who add those flavors, Howard says: and that’s because “people want their smoke to taste good”—which put flavored carts in high demand and increased cash flow for those producers to grow operations.

Amidst the concern of how a broad flavor ban will effect oil producers, those in the cannabis industry agree: they’re adaptable.

“We’re a nimble industry,” says Amy Margolis, a cannabis industry lawyer. “I assume that the companies that are using artificial flavoring will be responsive and pivot to use legal flavors.”