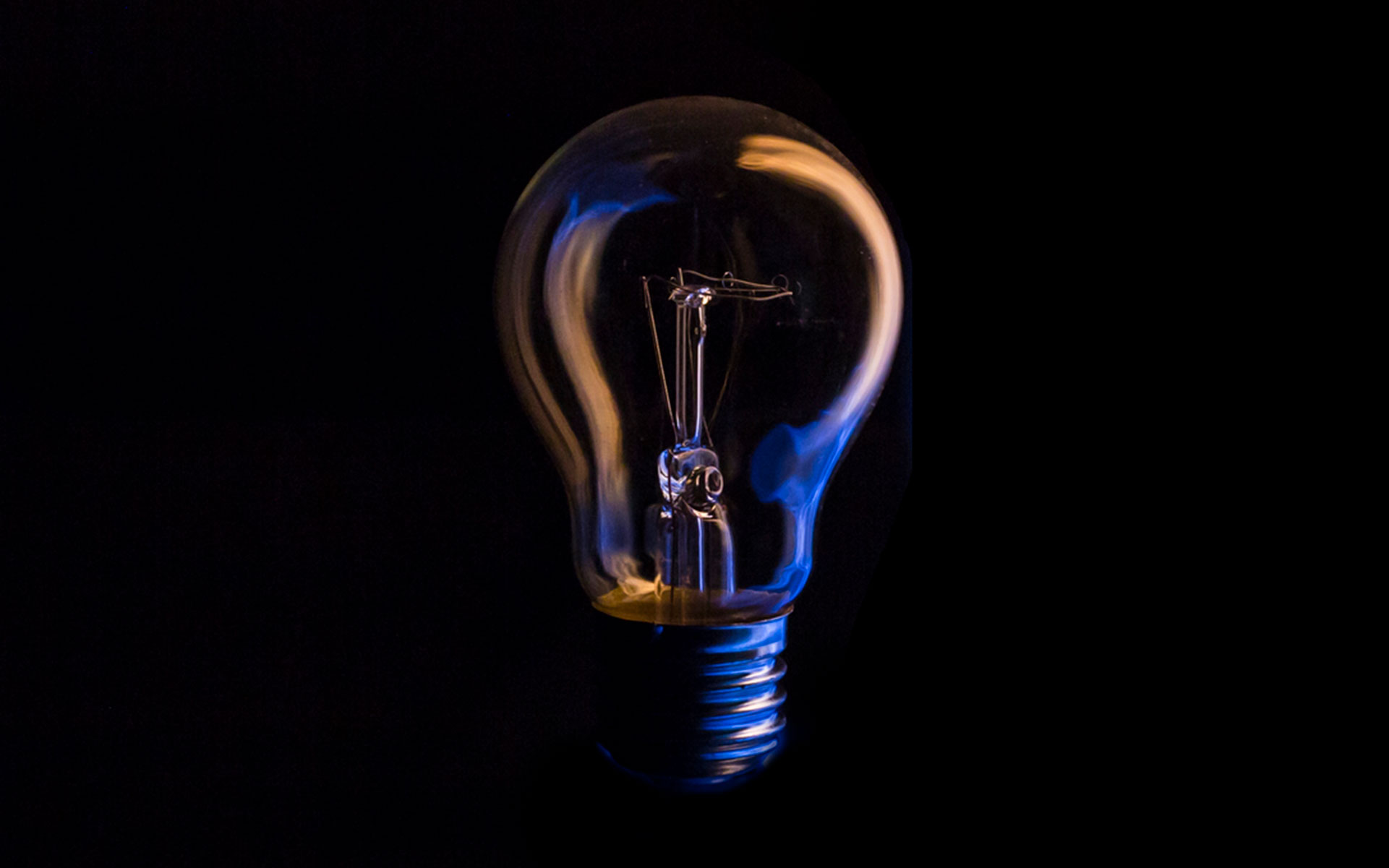 SAN FRANCISCO—California cannabis industry operators are scrambling to save crops from spoilage amid a region-wide electricity blackout.

To avoid sparking deadly wildfires, the utility Pacific Gas & Electric cut power to up to 1.8 million users across Northern California beginning on midnight, Oct. 8. PG&E officials say the outage will last up to five days.

Among the affected users are thousands of newly licensed adult-use and medical cannabis farms, distributors, and manufacturers. Without power, many indoor grows may fail, and the region’s million-plus-pound outdoor fall harvest is expected to see increased spoilage.

“The economic disruption could be severe and result in millions of dollars of damage,” Figueroa said.

“Mold can slaughter a crop in a day,” said Martin O’Brien, CEO and founder of Sonoma County Foxworthy Farms.

Cannabis’ coveted aromatic terpenes and active cannabinoids like THC and CBD begin boiling off and degrading above 68 degrees.

The PG&E power outage is occurring during the month of October, when the bulk of this year’s multi-billion dollar outdoor crop comes in from the field for processing and drying. The state grow an estimated 13.5 million pounds of cannabis per year, 60% of it outdoors. The legal industry is worth $12 billion, and most farm licenses are for outdoor cultivation.

#PSPS map of impacted area of #SonomaCounty (click to expand): PG&E expects to begin turning off pwr in some areas early Wed, just after midnight. The pwr will be turned off to communities in stages, depending on local timing of the severe wind conditions https://t.co/ILilCxuMkn pic.twitter.com/TfWGgFREBE

Large chunks of key cultivation centers are blacked out, including Sonoma County, Mendocino, and most of Humboldt. There are more than 3,000 licensed farms in Humboldt and Mendocino county alone.

Sonoma County alone—rural parts of which are blacked out—produces an estimated $2 billion in legal and illegal cannabis each year, totaling 140,000 pounds.

“It’s very disruptive. It couldn’t come at a worse time,” Figueroa said. “We’re in the middle of harvest, it’s one of the busiest times of the year.”

PG&E de-energized its lines to prevent winds as high as 80 miles per hour from snapping aged power lines, sparking dry vegetation, and starting wildfires. Power line-sparked wildfires killed dozens and wiped out entire towns in 2017 and 2018. Firefighters are stationed throughout the city of Santa Rosa and surrounding hills. Hotels are full of emergency responders.

Northern California hardware stores and gas stations have seen a run on generators and fuel in the past few days, and they’re now mostly sold out. Most licensees with foresight got their generators in place early in the week, Figueroa said.

Licensed Sonoma County grower SPARC has lost power at its outdoor farm in Glen Ellen, CA—which burned two years ago in the Nuns Canyon Fire. Workers there are harvesting during the daylight hours and crating the fresh-cut buds to their processing facility in the city of Santa Rosa, which still has power.

SPARC spokesperson Michael Farkas said the outage has not affected their own operations, but others’ indoor grows will be damaged.

Two days of no indoor light stresses the plants, causing them to hermaphrodite, pollinate, and ruin the crop.

Manufacturers like extract makers are also expected to take a hit from the widespread power outages.

“That’s definitely been an issue for us,” said Farkas. “We use volatile chemicals that need to be kept cool. We make cartridges and concentrates that have to be kept at cool temperatures.”

“In less than 24 hours that stuff can get damaged,” said O’Brien. “Water pools in the bags and in the top of the freezer—there goes all your high-quality dabs.”

Award-winning extract maker ‘Frosty’ from Feeling Frosty texted Leafly to say that he spent Wednesday searching in vain for a generator. Gas station lines stretched around blocks in Sonoma.

“Basically everyone is running around buying all the gas they can,” Frosty messaged.

The more remote the farm, it seems, the more the operators are able to adapt to these outages.

“If there’s one thing the California cannabis cultivator is—it’s resilient and inventive,” Figueroa said. “I can imagine makeshift cultivation techniques from the olden days. The people with that old-school knowledge, they’ll be able to make it.”

“You have to be real self-sufficient,” said Cassidy Rogers, founder operator of GreenLight farms, a licensed operator in the cannabis breadbasket of southern Humboldt County.

#PSPS map of impacted area #HumboldtCounty (click to expand): PG&E expects to begin turning off pwr in some areas early Wed, just after midnight. The pwr will be turned off to communities in stages, depending on local timing of the severe wind conditions https://t.co/FafOw69hBg pic.twitter.com/lUCpoK1oyK

PG&E cut Rogers’ power overnight. Rogers’ house has darkened rooms and no TV or internet today. “The residential side is in limp mode.”

But out in the drying shed, oscillating fans and dehumidifiers whir—circulating cool, dry air around hanging branches of Diamond OG and GMO Cookies.

In a fully licensed shed outside, Rogers runs a $25,000, 45KW diesel generator hooked up to a 100-gallon auxiliary tank of diesel. He figures he has about three days of fuel.

Many of his neighbors are on generators 100% of the time.

Some of his neighbors are offering Rogers “these funny deals to rent my drying sheds from me,” he said.

#PSPS map of impacted area #MendocinoCounty (click to expand): PG&E expects to begin turning off pwr in some areas early Wed, just after midnight. The pwr will be turned off to communities in stages, depending on local timing of the severe wind conditions https://t.co/5V7xtZyscM pic.twitter.com/xZGv0xGcpw

He has to say no. Under adult-use regulations, that’s a major license violation. “It gives me an honest excuse,” he said.

“Harvesting is only half the battle,” added SPARC’s Michael Farkas. “The other half is drying and curing it correctly so it doesn’t get the hay smell and keeps all the trichomes intact.”

Farmers who harvested before Oct. 8 will be more impacted than those cutting after the outage.

Rogers has just 50 pounds drying, a small fraction of the yield from his 14,130 square-foot mixed-light and outdoor gardens.

“We have this amazing weather pushing everything further along than normal,” he said. “Normally we’d be maxed out with a few hundred pounds [in the drying shed].”

One more factor to compound the confusion: The state’s nascent system to track and trace every gram of cannabis loses power and devolves to pen and paper for several days.

Regulations call for farmers to switch to hand-written transfer manifests, and upload the transfers when power returns, Rogers said.

The top 9 cannabis strains of the fall 2019 harvest season

But transporters and distributors might have to hold product, regulations state. Licensees are re-reading regulations for the emergency, and there’s going to be a lot of confusion.

“How many people actually prepare for disaster?” Farkas said.

High winds are set to peak tonight in northern California.

Share tips, perspective, or questions on the harvest blackout of 2019 in the comments below.

David Downs directs news and lifestyle coverage as the California Bureau Chief for Leafly.com. He’s written for WIRED, Rolling Stone and Billboard, and is the former cannabis editor of the San Francisco Chronicle, as well as the author of several cannabis books including 'Marijuana Harvest’ by Ed Rosenthal and David Downs. He co-hosts The Hash podcast. TW: @davidrdowns | IG @daviddowns 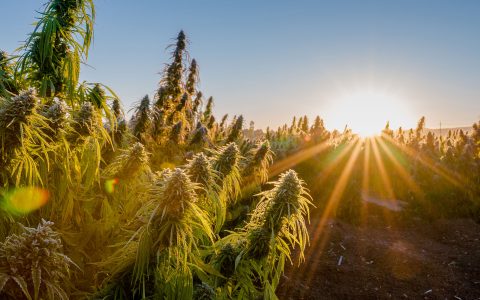 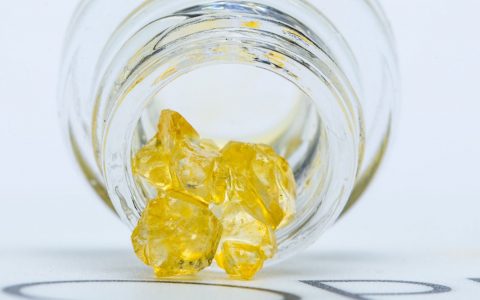 Why 'fresh-frozen’ is taking over the cannabis harvest 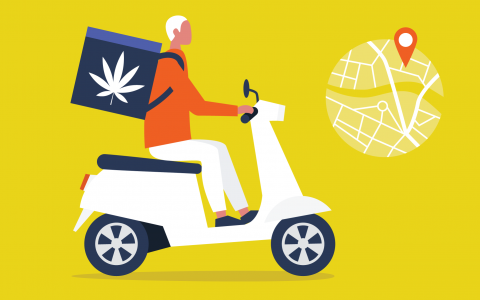 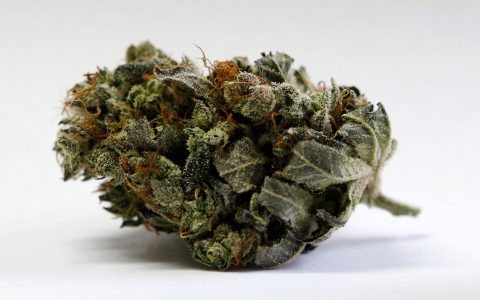