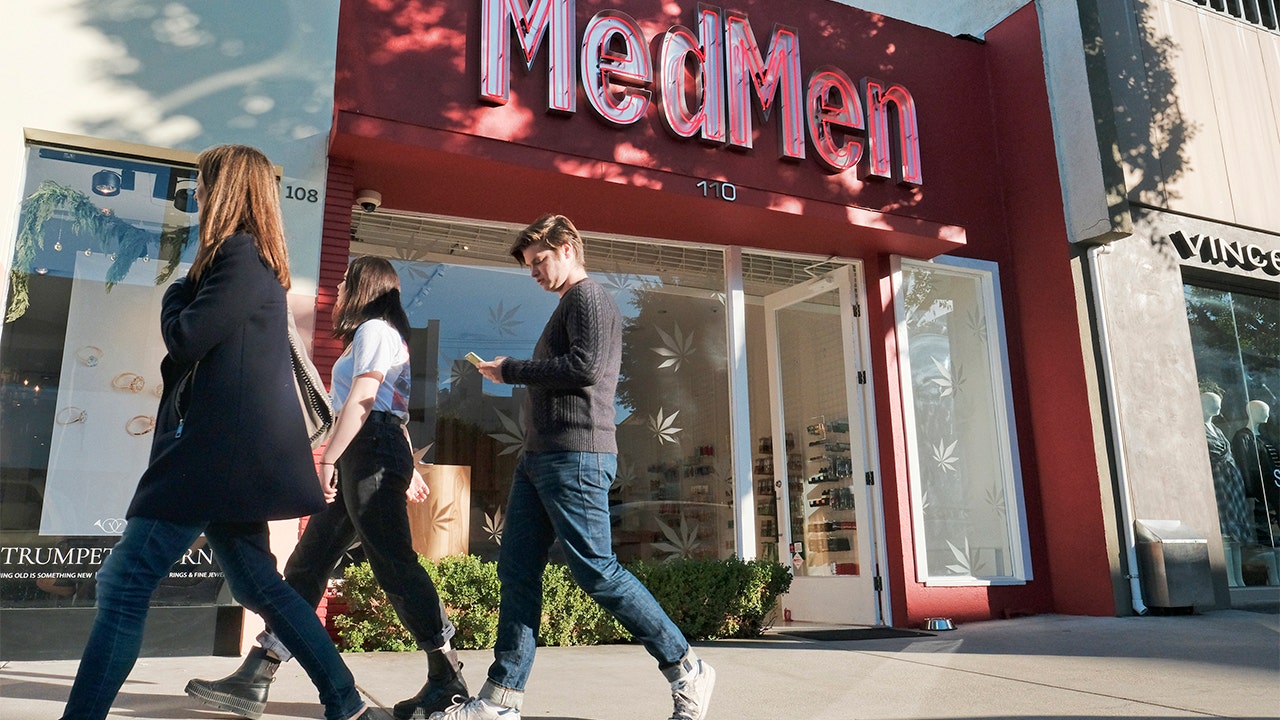 Marijuana stocks have taken a tumble from their highs a year ago, and the skid isn’t just spooking investors.

On Tuesday, MedMen Enterprises – a seller of legal cannabis in California and 11 other states – announced on Tuesday they were backing out of a blockbuster deal to buy PharmaCann, a Chicago-based marijuana company that has operations in eight states.

In its announcement, MedMen, which is based in Los Angeles, cited the steep pullback in U.S. and Canadian cannabis stocks this year. It noted the Horizons Marijuana Life Sciences Index, a Canadian exchange-traded fund that tracks cannabis stocks, is down 47 percent since March.

„The underperformance has made it increasingly more critical to allocate capital efficiently, given the current industry headwinds,” MedMen said in a news release.

MedMen also said it intends to focus on building its retail brand and online business. In exchange for forgiving some debt, the company is taking certain cannabis licenses and other assets in Illinois and Virginia from PharmaCann.

„Looking at the PharmaCann portfolio today, Illinois has emerged as the most attractive opportunity for our longer-term, strategic growth plan,” said Adam Bierman, MedMen co-founder and CEO. “The cannabis sector has evolved tremendously since we first announced the PharmaCann transaction and based on the current macro-environment and future opportunities that exist for our business, we believe it is now in the best interest of our shareholders to deepen, rather than widen, our company’s reach.”

The deal was announced in December to much fanfare, as it was viewed as the start of a wave of marijuana industry mergers and acquisitions promising big returns for investors.

The turn this year to a less-welcoming stock market for cannabis companies has limited their ability to raise capital by issuing stock. MedMen noted that a large portion of PharmaCann’s cultivation and manufacturing assets requires „significant capital expenditures.”

„There’s been a lot less ability to go to the markets and raise capital, so investors are scrutinizing the balance sheets of public companies to see who’s best positioned to weather the dry spell in capital markets,” said Bobby Burleson, an analyst with Canaccord Genuity

MedMen announced on Monday that Chief Financial Officer Michael Kramer was terminated without providing further details. Kramer will be succeeded by Zeeshan Hyder, who was the company’s chief corporate development officer.

Billions poured into marijuana stocks last year as investors got on board with the big, multistate operators with the funds to acquire costly licenses in the 11 states where it is legal to sell cannabis products.

A flurry of deals in late 2018 and early this year continued to entice investors, but hopes of those mergers getting quick regulatory approval faded fast as the U.S. Justice Department began to review the deals for potential antitrust violations. That review process has yet to be completed, though some analysts expect the deals could begin closing as early as this month.

„There’s been a delay in M&A activity and that’s prompted investors to step away from the sector until they know M&A activity is going to pick up again,” Burleson said. „That’s kind of dampened enthusiasm for the sector, because that was one exit path that looked like it was closed temporarily.”

Cannabis stocks have also been affected by the outbreak of vaping-related deaths and illnesses, and that has contributed to the slide in some cannabis stocks. States including Massachusetts and Montana have also temporarily banned sales of flavored electronic cigarettes and vaping products in a bid to reduce underage use.

A Centers for Disease Control report from Sept. 27 suggest that products containing THC – which is the ingredient that gives marijuana its high – play a role in the outbreak.

Vaping of marijuana products in states where it is legal for adults account for over a quarter of revenue for the sector and, in some cases, 30 percent or more of sales, Burleson said.

„People are waiting to see whether or not there’s been a negative impact over all on industry revenue,” he said.

Also weighing on marijuana stocks is a increase in stock market volatility brought about by a slowing U.S. economy and uncertainty over the trade war between the U.S. and China.

Compared to the broader market, cannabis stocks are down significantly so far this year.

Many big companies that have invested in cannabis businesses are also down more than 10  percent from a year ago, including Altria Group (which purchased a 45 percent stake in cannabis company Cronos for around $1.8 billion last December), AbbVie, Molson Coors Brewing and Constellation Brands. By comparison, the benchmark S&P 500 index is up 15.4 percent this year and hovering slightly above where it stood 12 months ago.