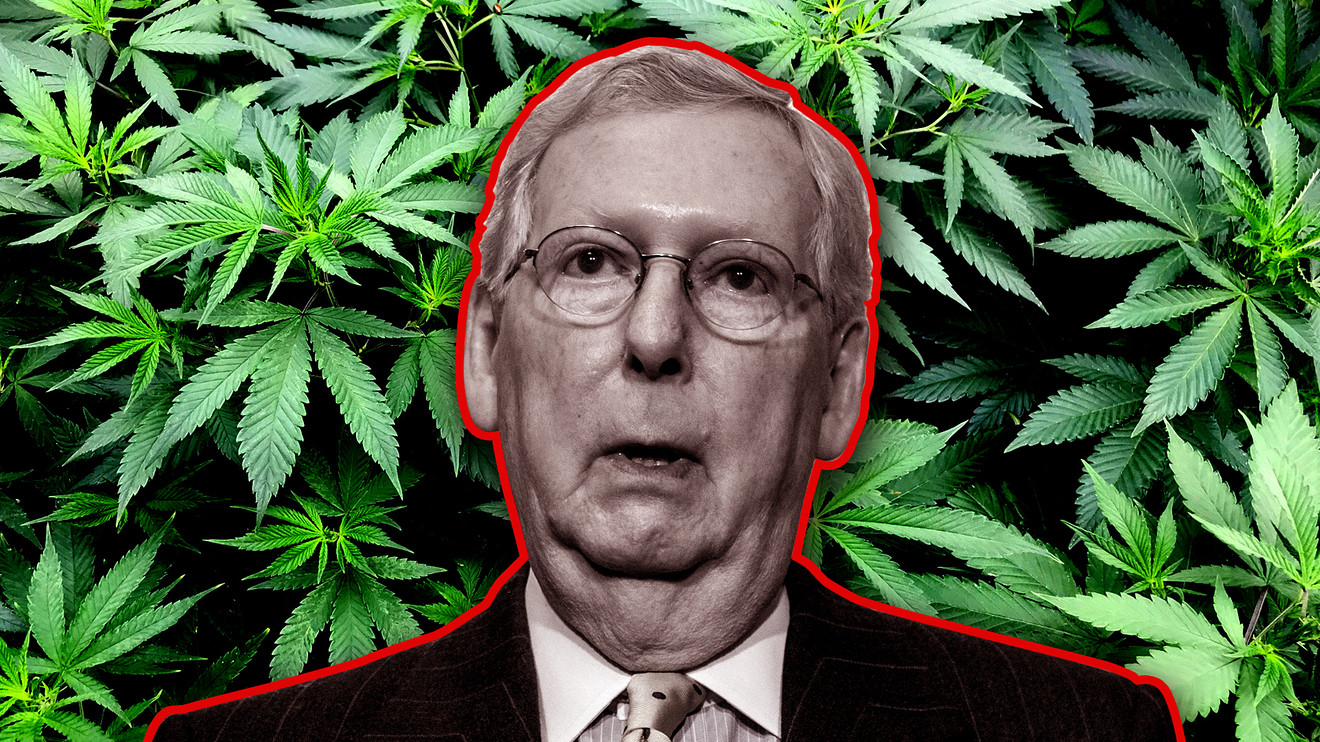 McConnell is attending at least two days’ worth of meetings with cannabis industry executives, small-business owners and advocates in Southern California, in order to discuss potential cannabis-related banking reform, among other topics, according to people familiar with the matter. McConnell’s schedule includes two cannabis-related lunches with executives and advocates, one of which will take place in Newport Beach, Calif., and a tour of at least one cannabis-related company in the area.

It was not immediately clear whether McConnell’s California Wednesday and Thursday schedule signals a shift in his thinking about cannabis banking reform, the people said. McConnell’s Washington office did not respond to several requests for comment.

Read: Cannabis companies have secret formulas to determine when the U.S. may allow pot sales

“I think this is absolutely positive that McConnell is meeting with stakeholders in the cannabis market,” PI Financial analyst Jason Zandberg told MarketWatch over the phone. “The U.S. market needs the banking act to flourish, without it — there are legitimate companies that are following the rules that are facing major obstacles. Banking legislation would be a huge positive catalyst.”

The cannabis industry representatives will attempt to convince McConnell that reform is necessary because the current legal regime unfairly penalizes businesses that obey federal laws, such as hemp farmers producing the crop for legal CBD products, according to a person familiar with the lobbying strategy.

“We’re happy to see that Leader McConnell is coming to see how a regulated market is an improvement over prohibition,” National Cannabis Industry Association executive director Aaron Smith told MarketWatch in an interview. “Right now the priority is banking, which affects [McConnell’s] constituents in the hemp and CBD industry, as well as legal cannabis businesses here in California. That’s really our primary ask — common-sense policies around banking and public safety, and we’re hopeful [McConnell] will see the need for that and move forward along with Chairman [Sen. Mike] Crapo.”

The senator’s visit to the Golden State comes weeks after the Democratic-controlled House of Representatives passed the Secure and Fair Enforcement (SAFE) Banking Act, a bill aimed at giving banks and credit unions additional clarity around servicing cannabis companies that wish to open accounts for things like paying bills. Because marijuana is illegal at the federal level, financial institutions can encounter legal problems, and cannabis companies — including those that operate cannabidiol, or CBD, businesses — face difficulties banking.

Large amounts of cash sloshing around the cannabis sector makes pot companies the target of robberies and other crimes, lobbyists in favor of the SAFE Act have said.

Up until recently, McConnell appeared to be a major roadblock to the Senate taking up the bill, and has said in the past that marijuana is hemp’s “illicit cousin, which I choose not to embrace.” The hemp industry holds a significant amount of power in Kentucky, McConnell’s home state, and a new provision in the SAFE Act grants specific protections to hemp farmers.

Check out: Cannabis Watsh — All of MarketWatch’s coverage of cannabis companies

Crapo, an influential Republican senator from Idaho, told Politico in September that he wanted to hold a Senate Banking Committee vote on a cannabis banking bill. Progressive groups such as the American Civil Liberties Union, the Center for American Progress and others have criticized top House Democrats for moving forward with a bill that doesn’t address social-justice issues tied to decades of cannabis prohibition.