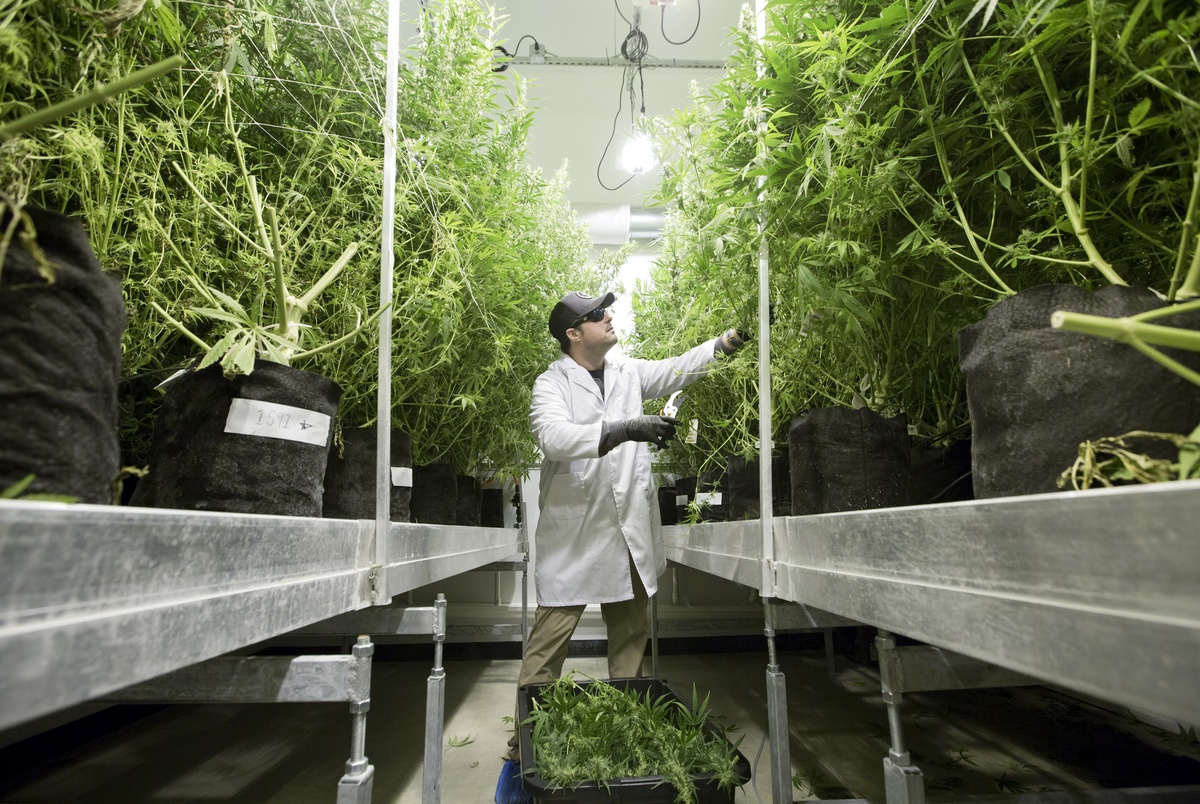 A week into opening the application process for medical cannabis dispensaries to apply for permits in Texas, the Texas Department of Public Safety — without warning — suspended the process.

“The Department’s Compassionate Use Program is not accepting applications at this time,” it says on the department’s website. The sudden announcement comes nearly a month after the state said it would keep the application process open for a month, from Oct. 1 through Nov. 1.

The move by the state agency came as a shock to advocacy groups who were eager for the state to move forward on medical cannabis expansion months after the Legislature expanded the list of conditions that qualify for the medicine under the Compassionate Use Program to include seizure disorders; amyotrophic lateral sclerosis, or ALS; terminal cancer and autism. Previously, the medicine was only available to people with intractable epilepsy who met certain requirements.

DPS did not explain why the agency stopped accepting applications.

“The department will continue to assess dispensing capacity requirements, along with the need for any additional licenses, as we work through recent legislative changes to the program,” an agency spokesperson wrote in an email.

The month-long application window was expected to attract interest from dozens of companies. A total of 43 applicants applied to receive preliminary licenses as dispensing organizations in 2017, though only three, the minimum mandated by law, were accepted: Surterra Texas, Cansortium Texas and Compassionate Cultivation.

The change is disappointing because many patients were looking forward to price shopping once the additional licenses were approved, said Jax Finkel executive director of Texas NORML, which seeks to decriminalize responsible use of cannabis by adults and patients.

Patients pay thousands of dollars out of pocket since the marijuana oil is not covered by insurance or Medicare, Finkel said. Additional licenses would create a better market for competition, she said.

“I find it concerning that a week into the application process it’s suspended with no notice and no clear communication with doctors, patients or the general public,” Finkel said.

State Rep. Stephanie Klick, R-Fort Worth, who spearheaded the legislation last session to expand the Compassionate Use Act, said Wednesday afternoon that the removal of the licensing application from DPS’s website was likely a “temporary delay.”

In September, the Texas Department of State Health Services held a public hearing to help determine which incurable neurodegenerative disorders would qualify for the medicine under the new bill. Until those conditions are officially determined — a process that could take months, she said — and the state has an accurate patient count, the DPS might have to stop accepting applications for new dispensaries.

“Hang tight for now,” Klick said. “This is likely just a temporary delay until we know which of the incurable neurodegenerative conditions are appropriate to be included on the list.”

Perhaps it goes without saying — but producing quality journalism isn’t cheap. At a time when newsroom resources and revenue across the country are declining, The Texas Tribune remains committed to sustaining our mission: creating a more engaged and informed Texas with every story we cover, every event we convene and every newsletter we send. As a nonprofit newsroom, we rely on members to help keep our stories free and our events open to the public. Do you value our journalism? Show us with your support.