To find out how dangerous and potentially deadly THC vaping products end up on the streets, CBS News took hidden cameras to a warehouse 75 miles east of Los Angeles, where the marijuana black market feels more like a house party.

The THC oil inside these cartridges is unregulated, so there’s no way to know exactly what’s inside or how it could impact a user’s health, even though every seller claimed to have a pure product. With flavors like „strawberry bubble gum” and „dirty Sprite,” people come to underground warehouses like the one in Los Angeles to buy hundreds of vapes at a time, just to resell them nationwide.

Mark Hoashi is the CEO and founder of Doja, an app that provides customer reviews of cannabis products. A year and a half ago, long before reports of deaths and illnesses across the country, he noticed people were getting sick. „They were getting headaches on this product and this product,” he said.

„The current black market comes with, you know, a cartridge that has a brand, that has a social media, that has websites,” Hoashi said. „It’s really hard to distinguish between what is a legal cannabis product and what is an illicit product.” 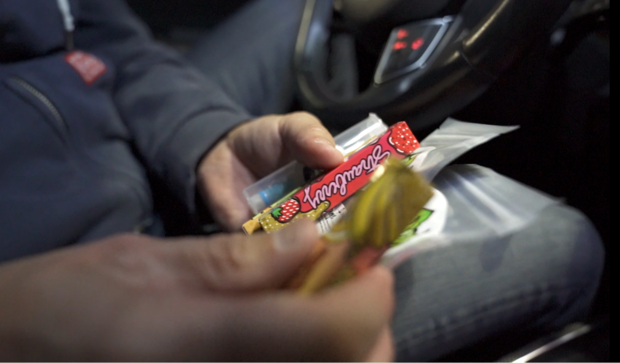 That was the case for the illicit vapes CBS News picked up, they failed for a total of five pesticides, including one called: myclobutanil. „When you heat myclobutanil, you’re then getting hydrogen cyanide,” Ronay said.

„Buy legal. If you’re in a state that doesn’t have legal cannabis, don’t buy it,” Ronay said. 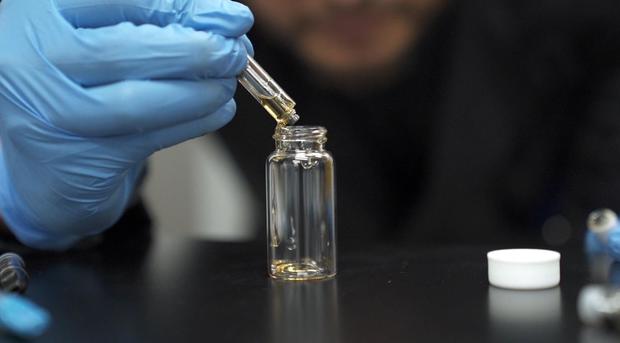 An image of THC being poured into a bottle for testing.  CBS News

But people are still buying it because it’s so easy to be fooled. Anyone can make black market vapes look legitimate and fill them with whatever they want. CBS News took undercover cameras to downtown Los Angeles where empty vape cartridges and professional packaging are easy to get in bulk.

„People are going out there, buying, like, a liter of dirty oil at a time, and filling it and trying to make a buck,” he said. ” I don’t think that they’re intentionally trying to hurt people. We still don’t know what is actually making people sick. But I do believe that the problem is in the black market.”

The overwhelming majority of the vaping-related illnesses appear to be associated with black market THC cartridges and it’s a tough problem to combat, especially in states where marijuana is still illegal and the black market is the only option.