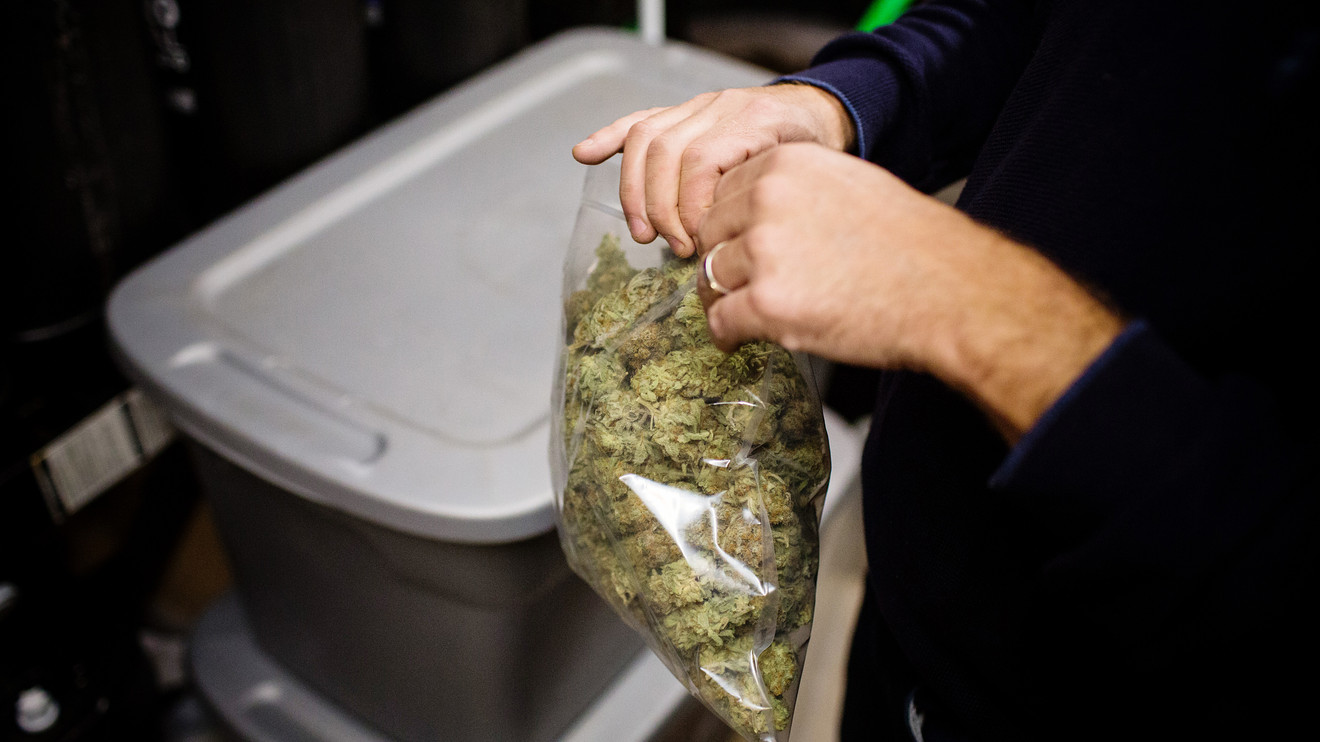 Cannabis stocks surrendered some of their early gains Friday, as the concerns about a lack of profits in the sector that sparked a massive re-rating of risk this week persisted, putting the sector on track for double-digits losses on the week.

The rout was triggered by a revenue warning from Hexo Corp. HEXO, -7.72% HEXO, -7.45% that served as a reminder to investors that the much-hoped-for sales gains and profitability that sent stocks to record highs earlier this year are not materializing.

The news came near the conclusion of a week in which the continued power of the black market was in focus, after Statistics Canada released crowdsourced price data for the black and legal markets and found an average legal price in the third quarter of C$10.23 a gram, almost double the black-market average price of C$5.59 a gram.

There was further bad news when a major deal involving retailer MedMen MMNFF, -2.44% fell through, Aleafia Health ALEAF, -0.14% ALEF, +0.00% dropped Aphria APHA, +2.81% APHA, +0.81% as a supplier and Green Organic Dutchman TGODF, +7.74% TGOD, +9.01% highlighted the difficulty in accessing capital at viable prices. Hexo closed down 23% and sent a swath of stocks down by a double-digit percentage.

“We call this the ‘sanitation cycle,’ ” said Korey Bauer, portfolio manager at the Cannabis Growth mutual fund CANNX, -7.46% from Foothill Management. “This is what happens with a new sector. We’re going through a phase now where the companies that are doing the right things — not overspending, hunkering down — will survive, and the ones that don’t will not.”

The cannabis sector is still mostly driven by retail investors, he said, with little institutional money in play because of the U.S.’s federal ban on cannabis. Retail investors can be more skittish when signs of trouble emerge, such as the lung disease, which has sickened more than 1,200 Americans and killed at least 26, that is understood to be caused by vaping, albeit of black-market products.

“Illegal vapes are the problem, and that should be good for legal companies,” Bauer said.

Investors are disappointed by the experience of the legal-cannabis rollout in Canada, which is coming up on its one-year anniversary. Companies continue to express frustration at how few stores have been approved and opened, causing would-be customers to continue to tap the black market.

Ontario currently has about 75 stores, and needs 1,400 if it wants to match Colorado’s ratio of stores to 10,000 inhabitants. “Access to the legal market is huge,” said Bauer.

The next phase will likely be defaults, pushing some companies into bankruptcy. But that’s a good thing, he added, because right now there are too many companies, too much supply and not enough outlets to sell it.

“There’s a select group of stocks that are now trading at fair value or below relative to where they were six months ago,” he said. “We’re taking advantage of the dislocation, but we think they will make it out, while the rest get left behind. We have moved from caring about revenue to positive EBITDA to just, ‘Will you still be in business this time next year?’ incredibly quickly.”

Jefferies downgraded market leader Canopy Growth CGC, -4.03% WEED, -5.19% and cut its share-price targets on cannabis stocks by an average of 50% to reflect the greater risk and volatility in the sector. Analysts Owen Bennett and Ryan Tomkins agreed that the next 12 months will “see strong divergence between those who can execute/move to profit and the rest.”

Canopy is “the most expensive name across the space (even with recent sell off) and although it continues to have material potential long-term, signs of share pressures in Canada, near term weak GM (gross margin)/profit performance (especially vs. its closest peers), lack of material catalysts, and question marks over how successful beverages will be see us move to underperform.”

GMP analyst Robert Fagan downgraded Hexo to hold from buy and slashed his stock-price target to C$4 ($3) from C$9.50. MKM analyst Bill Kirk stuck with his buy rating on the stock, but lowered his price target to C$7 from C$12.