At a time when cannabis has a reputation for relieving pain, anxiety and many other medical conditions, it could be tempting to purchase it through a store and start medicating.

But a Sudbury doctor says if you’re turning to cannabis for medical use, it’s best to first have a conversation with a health care provider.

Dr. Lionel Marks de Chabris is working to foster that conversation between people — especially seniors — and their doctors. He’s speaking about the topic at the upcoming Northeast Geriatric Centre conference.

Marks de Chabris says there are theories that inflammation increases in the body as you age. He says doctors aren’t sure why that happens but says it’s not uncommon to develop inflammatory problems as you get older.

He says that can result in joint pain, arthritis, headaches and back pain.

„Tylenol is relatively innocuous. But there are medicines like Advil, Motrin and Aleve: great medicines but they have significant downsides,” he said.

„In fact, it’s been estimated that 16,000 people are killed every year in North America by those medicines usually because of bleeding from the gut.”

He says other options for pain relief are limited. Opioids are problematic to prescribe due to a risk of addiction.

„There isn’t a lot out there we can offer people with inflammation,” he said. „So one option is medical cannabis.” 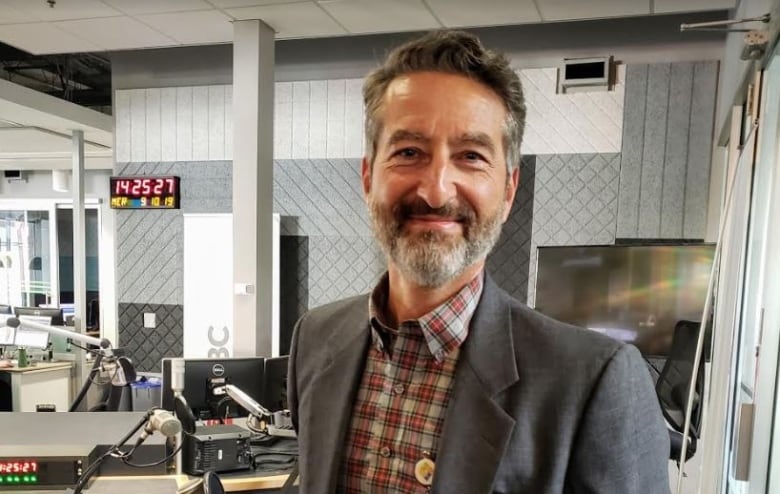 Cannabis can be purchased legally through the Ontario Cannabis Store and authorized retail stores, regulated by The Alcohol and Gaming Commission of Ontario.

He says patients should be able to bring up the topic with their doctor, instead of buying cannabis intended for medicinal use at a licenced store.

Marks de Chabris says there is no difference between medical and recreational cannabis as they’re both the same plant.

„The part that gets you high in cannabis is the THC part,” he said. „THC also has some pain killing effects and it also has some anti-inflammation effects but it does have that beneficial effect if you want to get high.”

But even if you can purchase the same product at a recreational cannabis store, he says it’s best to have a medical professional helping you take it. Marks de Chabris says most of his patients want pain relief when using cannabis and don’t necessarily want to get high.

„We use very high CBD, which is the other main component in cannabis,” he said.

CBD does not produce the same psychoactive effects as THC, meaning users don’t get a high when they take it.

He says he encourages his patients to start at a low dose with CBD oil.

„The oils are so much easier to dose,” he said. „It’s very hard when you’re vaping cannabis … it’s very hard to figure out what your dose is.”

Marks de Chabris will give his talk at the Northeast Geriatric Centre conference on Oct. 17.

„Inflamm-aging.” Ever heard of it? It’s what happens to our bodies as we get older … sometimes causing chronic pain. Here’s our chat with a Sudbury doctor who is encouraging his peers to consider prescribing medical cannabis to seniors. 9:49