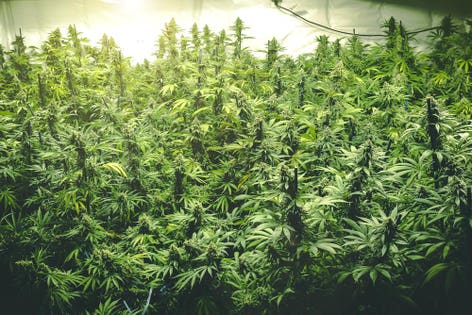 Coordinating regulations between states is a good start.

As long as the federal government refuses to lift cannabis prohibition, it will be up to states to devise sensible regulations for the cultivation, production, sale and use of the plant. New York Gov. Andrew Cuomo last month took the lead in doing just that by inviting governors from neighboring Connecticut and New Jersey to work together to create consistent cannabis regulations among the three states. They will host an initial meeting on Oct. 17 to begin developing a regional plan, which may include medical and adult use cannabis legalization.

Gov. Cuomo should be applauded for the initiative and creative problem solving that he and the governors of Connecticut and New Jersey have shown in advancing cannabis legislation. Cannabis legislation is a complicated issue with many tricky nuances to navigate, making the Governor’s effort all the more welcome.

Right now, in the U.S., the cannabis industry exists in a fragmented state environment where there is no defined federal oversight. Cannabis companies are forced to accommodate 33 sets of laws across the states which have lifted prohibition in one form or another. For example, various states have differing requirements for packaging, labeling, production and cultivation, which has a major — and negative — impact on business operations. Not to mention the fact that product must be produced in the same state it is sold in and cannot cross state lines. No other industry has to deal with this level of state-specific regulations.

Gov. Cuomo’s plan for regional regulations would help create a uniform set of laws and rules for the industry across the three participating states. The primary beneficiaries of this approach would be medical patients, as it could tackle challenges such as reciprocity for medical cannabis certifications and consistent taxes, pricing and selection of products from state to state. It could also help create uniform regulations for crucial issues like social justice and social equity, while on the business side helping companies streamline operations across the three states, which will then help companies keep prices low for customers.

However, it remains to be seen what such an arrangement would look like in practice. To sort that out, the three governors will gather state health officials, law enforcement and policy makers from their respective states to discuss consistent guidelines and principles around the issue.

In announcing the joint effort, Cuomo said he was stepping up since, “we don’t have, frankly in my opinion, a federal government that is providing leadership on these issues… If we are on our own, let’s hook our boats together and see if we can find our way through this storm.”

With this cannabis summit — and their pledge to cooperate — New York, Connecticut and New Jersey have a chance to advance the conversation around cannabis legislation and regulation.