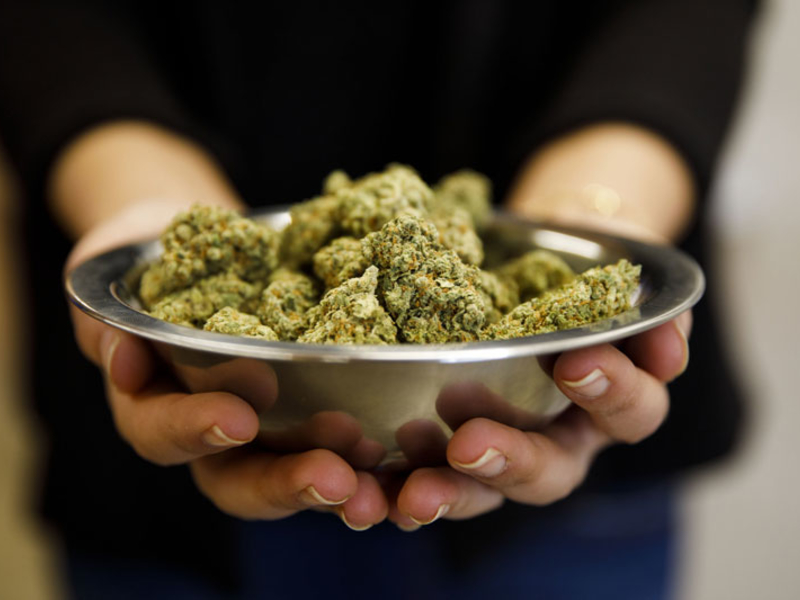 An increasing number of banks and credit unions are providing banking services to marijuana-related businesses, a sign that business momentum is slowly building.

The number of commercial banks, credit unions or savings institutions offering the services grew from 337 in January 2017 to 715 in June 2019, as the industry expanded with the start of legal recreational marijuana sales in Nevada, Massachusetts and California, according to data from the Financial Crimes Enforcement Network (FinCEN), a regulatory agency under the Treasury Department.

Along with the increase as of 2017, the current number is also a big jump from the end of April 2018, when there were around 406 depository institutions offering services to cannabis companies.

„We’re now hearing it, and we are seeing it,” said Sammy Dorf, founder and chief growth officer of Verano Holdings. „The new catalyst might be coming and that would drive the markets for the growth of cannabis industry.”

Marijuana is still an illegal Schedule 1 drug at the federal level, and banks risk chances of federal prosecutions and penalties in some cases. The U.S. House of Representatives last month passed the bipartisan SAFE Banking bill, aimed at allowing complete banking access to cannabis companies. Its fate is uncertain in the Republican-controlled Senate.

Many cannabis industry insiders point to momentum building as more states legalize the industry. Jeremy Unruh, a spokesman for PharmaCann, said banks in the cannabis industry have a herd mentality. As more people begin to talk about legal protection for federal banks taking on marijuana companies as their clients, more banks start to test the waters.

Discussions on Capitol Hill and state legislatures have created a more favorable ground for more banks to jump in. The SAFE Banking bill picked up support from both progressive lawmakers and financial sector lobbyists after its introduction in March. Amendments to Illinois Banking Act passed in August prohibited the state financial regulatory agency from shutting down any banks serving legitimate cannabis businesses.

And the hopes of the SAFE Banking bill passing the Senate are higher than before. Senate Majority Leader Mitch McConnell, who has previously expressed opposition to marijuana legalization, visited California on Oct. 10 for lengthy discussions with cannabis industry executives and advocates. Senate Banking Chairman Mike Crapo, a Republican from Idaho, excited industry executives in September by saying that he wanted to resolve the banking issue for marijuana businesses.

Even if talks in the Senate stall, it is unlikely that the business momentum will falter out, said Unruh.

“It’s very difficult to put the toothpaste back in the tube,” he said.

The uncertainty remains as the SAFE Banking bill faces an uncertain Senate fate, but financial institutions have found other ways to navigate complicated regulations. To open accounts for cannabis companies, banks need to file a federal report called the Suspicious Activity Report and continue to monitor accounts spotted by it. Abiding by these due diligence clauses not only cost more to banks but also increases the risk of federal penalties, such as being cut off from the FDIC.

“If the federal prohibition goes away, I think the system will operate like it does with other businesses,” said Illinois Treasurer Mike Frehrichs. “They will conduct financial transactions just like every other legal business does.”