Three-quarters of Canadians who reported using cannabis during the first half of 2019 said they consumed dried cannabis such as flower/leaf. (Tijana Martin/The Canadian Press)

Some Canadian doctors and public health experts say Canada should hit pause on this week’s legalization of cannabis oils, given the nearly 1,300 cases of vaping-related lung injury in the U.S. due to an unknown cause.

Cannabis vapes are among a series of new products — including edibles, extracts and topicals, like lotions — that officially become regulated on Oct. 17, 2019. The earliest these will be for sale legally in Canada is mid-December.

While doctors welcome the idea that the tetrahydrocannabinol, or THC, content in legalized products will be regulated, they are concerned about the health effects of vaping, which have yet to be well-researched and tested.

How do e-cigarettes work and what’s in the devices?

Electronic cigarettes, or e-cigarettes, work by heating a liquid to produce an aerosol that users inhale into their lungs, a practice called vaping.

The U.S. Centers for Disease Control and Prevention (CDC) said the liquid can contain: nicotine, THC and cannabinoid (CBD) oils, and other substances and additives. THC is the main compound in marijuana that produces the „high.”

Although currently illegal in Canada and parts of the U.S., cannabis oils for vaping are available online.

How are people falling sick from vaping?

The first confirmed and probable cases of pulmonary illness related to vaping have been reported in Canada in Quebec and New Brunswick.

No single product or substance has been linked to all cases. 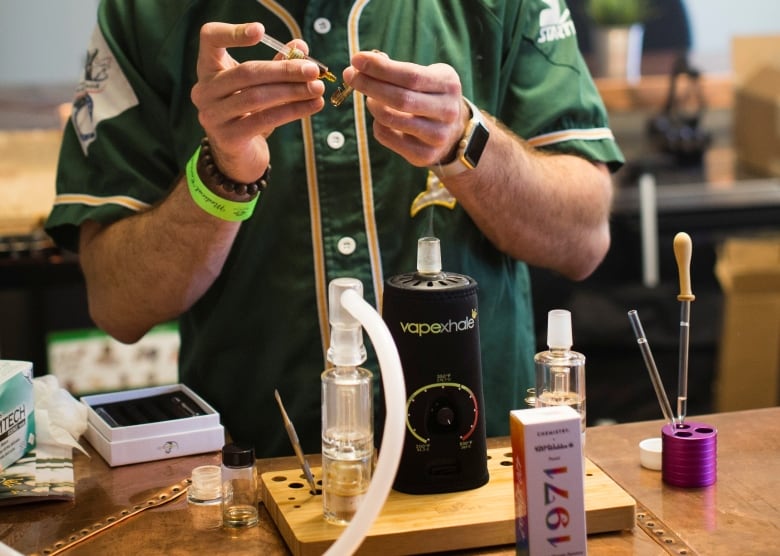 A man puts concentrated oil into a vaporizer cartridge at a cannabis vape lounge in Oakland, Calif., in 2018. About 19 per cent of Canadians who said they used cannabis said they turned to cannabis oil cartridges or vape pens. (Elijah Nouvelage/Reuters)

More information is needed to know whether a single product, substance, brand or method of use is responsible.

From May to June 2019, about 4.9 million, or 16 per cent, of Canadians aged 15 and older reported using cannabis in the previous three months — unchanged from what was reported a year earlier, before legalization, according to Statistics Canada.

Just over three-quarters (77 per cent) of Canadians who reported using cannabis during the first half of 2019 consumed dried cannabis such as flower/leaf, which is currently legal. Other products used, currently illegal, included:

Canada’s chief medical officer of health, Dr. Theresa Tam, said the shift away from illicit cannabis for vaping in Canada is positive from a public health standpoint because what’s in the products will at least be known.

„If there should be any issues or safety concerns, it’s much easier to investigate products that are already regulated,” Tam said on Sept. 20. 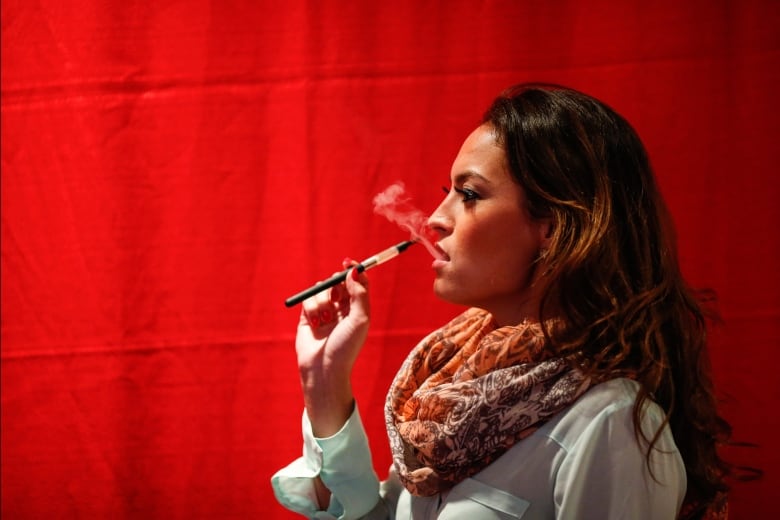 Some doctors say one of the other anticipated benefits of legalization is there won’t be „lacing” — mixing in other substances — with the marijuana.

So far the only commonality among all cases in the U.S. and Canada is that patients reported the use of e-cigarette, or vaping, products.

The latest national and state findings in the U.S. suggest people obtained e-cigarette or vaping products containing THC off the street or from other informal sources (e.g. friends, family members, illicit dealers).

„Products obtained from the illegal market are not subject to any controls or oversight and may pose additional risks to your health and safety,” Tam and her provincial counterparts said in a statement last week.

„You should never modify vaping products or add any substances to these products that are not intended by the manufacturer.”

Public health officials hope that by regulating cannabis, the concentration of THC and other cannibinoids will be known and labelled, and contaminants, such as pesticides, and thickening agents, like vitamin E acetate, will be minimized. 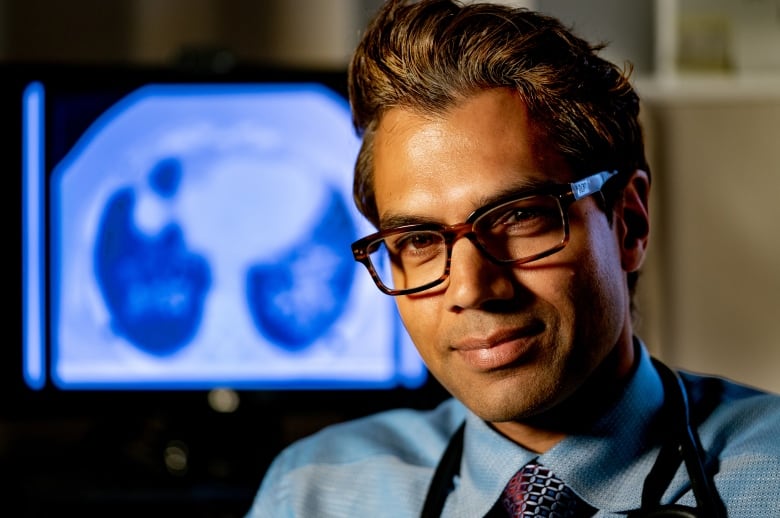 But EVALI and its unknown cause or causes add another consideration.

He asks whether Canada is saying, „Let’s release this, let’s make it legal and once we have a spate of cases and maybe some people will die, we’ll use that as a way to go back and trace and understand what the problem is? That is just not something that we as Canadians expect from our health regulatory agencies and that’s not something the public should accept.”

Canadians need to understand what’s going into e-cigarette and vaping cartridges, and their short and long-term health effects before further legalization of cannabis, Gupta said.

David Hammond is a professor of public health at the University of Waterloo who has studied tobacco and uptake of vaping among Canadian youth. Hammond said as cannabis vapes are legalized, there should be tighter rules, such as limits on THC concentrations.

„Do we just let [cannabis] companies innovate and say 'Whoops we have a problem?'” Hammond said. „That’s really the discussion we should be having around legalization. What are the products? How do we regulate them so consumers can have confidence in them and we minimize any risk. Quite frankly we haven’t achieved that yet.”

Before and after legalization, the consumer advice of „buyer beware” holds, as the government of Canada’s database of safety alerts for cannabis continues to show instances of contaminated and inaccurately labelled products legally for sale.

A few legal cannabis producers have found to be „non compliant” by Health Canada for growing without prior approval, lax quality assurance and other issues.