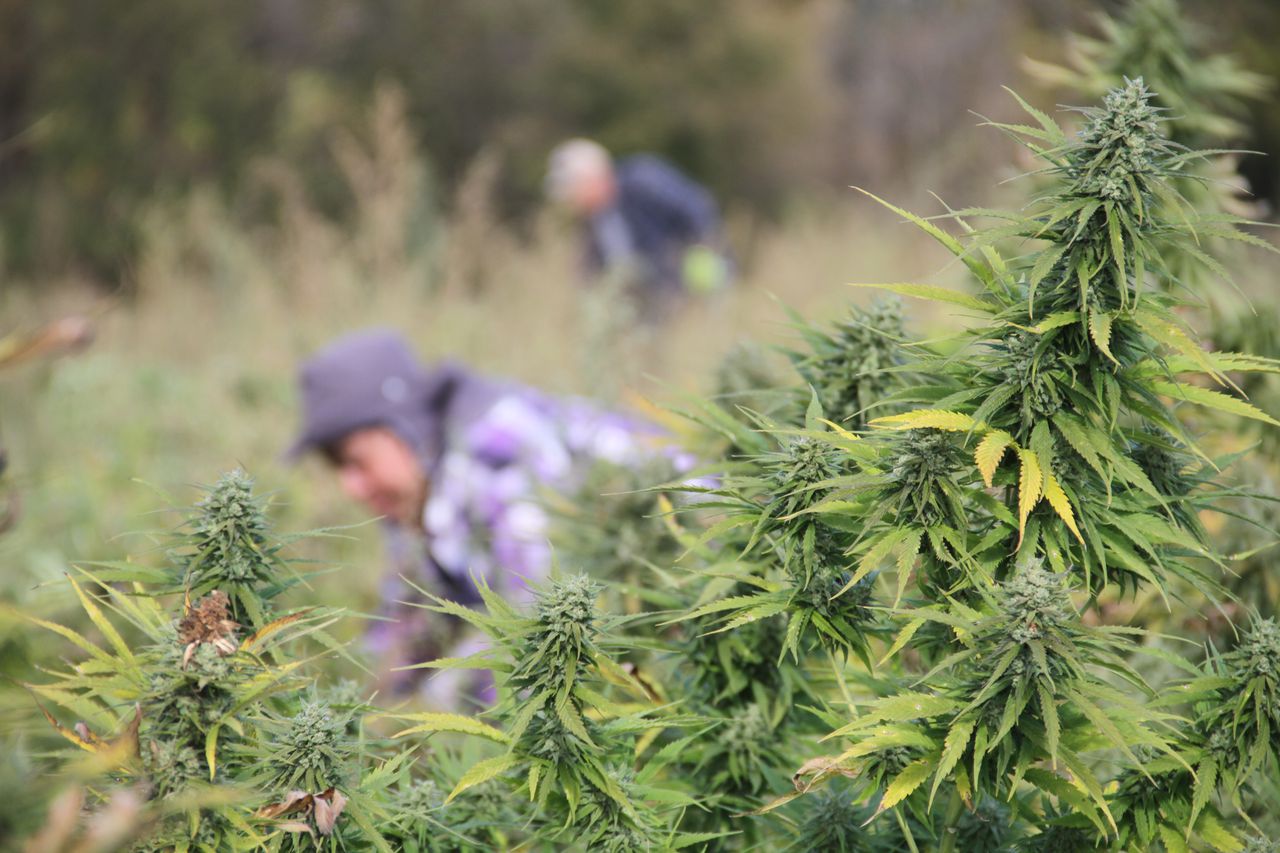 ARMADA, MI — Farmers harvesting the first batch of legal hemp Friday said they could be looking at Michigan’s next big cash crop.

For the first time, nearly 600 farmers are harvesting legal hemp across the state. The Michigan Department of Agriculture and Rural Development issued the first industrial hemp licenses to farmers earlier this year, allowing local entrepreneurs to enter the market for hemp-infused healthcare products — promoted as a treatment for headaches, chronic pain and anxiety — that consumers are finding everywhere from retail storefronts to shelves in Family Video stores.

Hemp is a fast-growing strain of cannabis with extremely low levels of THC, which means users can experience therapeutic benefits without getting high. The crop also has environmental benefits; it takes less water, is naturally resistant to pests and can be introduced into rotations with other cash crops like corn and soybeans to clean pollutants from the soil.

“The de-stigmatization is a big part of building this supply chain, understanding there is a lot of opportunities economically for framers, theres a lot of benefits to consumers,” said Andrew Blake, co-owner of Blake’s Hard Cider and manager of the family cider mill. „There’s also probably some benefits touted out there that isn’t correct that we need to educate and understand. Getting the scientific community behind it and studies done, all of that is important as we try to build this out.

Stakeholders in Kinder Products Unlimited, a new business venture launched in partnership with Blake’s Orchard & Cider Mill, celebrated the harvest of seven acres of industrial hemp Friday in Armada. In addition to an indoor greenhouse operation, three acres were planted at a remote outdoor location removed from the orchard’s public fairgrounds to test how well the crop would fare on Michigan farmland.

Blake has plans to plant 20-50 acres of hemp next season. He partnered with childhood friend and attorney Gino Roncelli and cousin Rebecca Blake to launch the new band, which manufactures and sells CBD-infused products using Michigan-grown hemp.

Hemp is used a variety of commercial and industrial goods, but Michigan consumers are most familiar with ingestible products. Roncelli said hemp stalks and stems can be used to create various fibers and textiles, though those goods are several years away due to a lack of any regional production facilities.

“There’s probably not a great use for it at this moment,” Roncelli said. “There should be though, and someone is going to take that opportunity and use it.”

Blake represents the third generation of his family to farm in Armada since his grandfather opened a cider mill in 1946. The operation expanded significantly in the last 73 years and now includes 880-acres of farmland, a sprawling fairground packed with popular fall attractions, a tasting room and production facility for wine and hard cider products Blake launched in 2013 after returning to the family business.

Blake’s Hard Cider is the largest producer of alcoholic cider in the Midwest and 15th-largest in the U.S. From The business on track to sell 300,000 cases this year, all created in a 40,000-square-foot production facility behind its Armada tasting room.

Much of the infrastructure is already in place to begin producing CBD-infused teas, which is key to Blake’s vision for keeping the business vertically-integrated. Blake said the foray into CBD-infused products is a natural extension of his family’s self-reliant entrepreneurial spirit.

Roncelli said the Michigan hemp market is expected to rapidly expand in the coming years and could replace soybean crops. The alternative crop could be especially for farmers who struggled with the effects of flooding and an ongoing trade fight with China which cut exports of Michigan agricultural commodities like soybeans.

One acre with 1,200 hemp plants can yield roughly $20,000 worth of crops — a figure that blows other cash crops out of the water — but Blake said the value will likely drop as other farmers begin planting their own crop.

“This is all very exploratory, but we’re all very excited about the opportunity,” Blake said. “As more people get comfortable and understand what it is and isn’t, we hope to be the educating piece.”