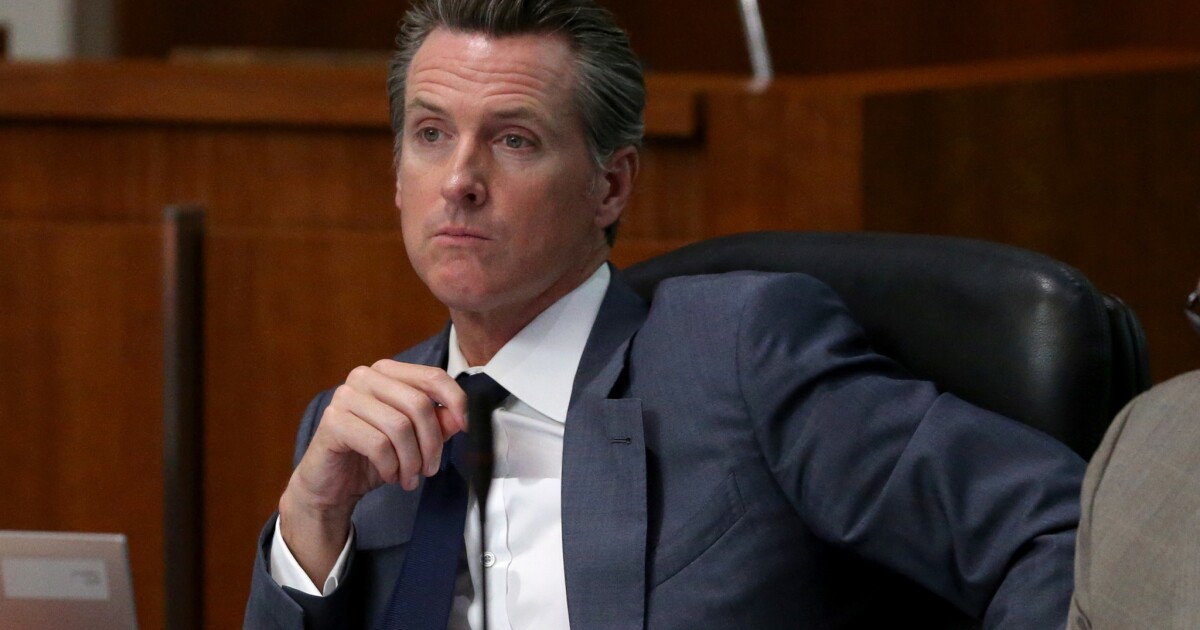 Gov. Gavin Newsom led the campaign to legalize marijuana in California three years ago but has since angered some in the industry by refusing to allow pot in hospitals and outlawing its use on tour buses and in limousines.

Newsom took the action on tour buses and hospitals as he signed several other bills in the last few weeks that will ease pot restrictions, including measures waiving taxes on cannabis provided for free by charities to people with serious health problems and allowing parents to provide medical marijuana products such as oils, creams and pills to their sick children on K-12 school campuses.

This was Newsom’s first chance to act on cannabis laws since he led the 2016 campaign for Proposition 64, which legalized the growing and sale of marijuana for recreational use. By the Oct. 13 deadline for acting on bills for the year, Newsom used his pen to sign or veto more than a dozen pieces of marijuana-related legislation.

“The 2019 legislative session has been a mixed bag for the cannabis industry, but with priority bills signed by the governor in the final hours, the industry is optimistic about future partnership with the administration,” said Lindsay Robinson, executive director of the California Cannabis Industry Assn.

Newsom’s approval of the bill prohibiting the smoking or ingestion of cannabis in buses, taxis and limousines was supported by law enforcement groups including the California Narcotic Officers’ Assn., which argued that the smoke from passengers could affect bus and limo drivers who then would endanger people on California’s roads.

“The problem was the driver was put in a position where he or she could be impaired by people using cannabis, and that creates a serious safety issue,” said John Lovell, legislative counsel for the narcotic officers group.

However, the measure was blasted by members of the burgeoning marijuana tourism industry, including Bryan Spatz, chief executive of Loopr, which offers cannabis tours in California and Colorado.

“Shutting down the industry entirely, instead of working towards a reasonable compromise that had already been laid out, is a slap in the face to the small-business people who have invested their livelihoods in this industry,” Spatz said.

Legislators say the ban will give the California Highway Patrol and other traffic safety experts time to develop standards for separating the driver’s compartment, including its air circulation system, from the back of tour buses.

“We are already in L.A. operating, but because of this measure we are considering all options, including pulling up stakes and moving out of California until a reasonable compromise can be reached,” Spatz said.

Other cannabis supporters were disappointed Newsom vetoed a bill that would have allowed dying patients to use smokeless forms of medical marijuana in hospitals, skilled-nursing facilities and hospices.

Ken Sobel, an attorney for the Cannabis Nurses Network, sent a letter to the governor criticizing his rejection of the bill. “Your veto simply rewards big pharma and the medical industrial complex allowing them to use opioids as the sole source of pain relief for dying mothers and fathers, sisters and brothers,” Sobel wrote.

The governor said in his veto message that he was acting “begrudgingly” in keeping the measure from becoming law, citing the conflict with federal law, under which marijuana remains an illegal drug. He said it could jeopardize federal reimbursement to hospitals for healthcare costs.

“Patients who are hospitalized and facing the end of their days should be provided with relief, compassion and dignity,” Newsom wrote. “It is inconceivable that the federal government continues to regard cannabis as having no medicinal value.”

But, he added, “this bill would create significant conflicts between federal and state law that cannot be taken lightly.”

Jim Bartel, who campaigned for the law after his son died of pancreatic cancer, disputed the governor’s concerns, saying the bill was written to allow hospitals to opt out if a federal regulatory agency forbids cannabis use.

Sobel said it is unlikely the federal government would seek to withhold reimbursements and noted California has challenged federal policy in the past with so-called sanctuary cities and setting its own vehicle efficiency standards.

State Sen. Ben Hueso (D-San Diego), the bill’s author, noted that similar laws have been adopted in New York, Connecticut and Maine. “I don’t see why we can’t achieve the same in California,” Hueso said in response to the veto.

Newsom signed a bill setting steeper fines for licensed and unlicensed pot firms that violate state law, which was a significant act, according to Javier Montes, vice president of the United Cannabis Business Assn. The group has complained that illicit sellers were not facing stiff enough penalties.

Jeannette Zanipatin, the state director of the Drug Policy Alliance, said the most significant new law signed by Newsom will waive fees for cannabis firms formed by people from disadvantaged communities that have been disproportionately affected by the war on drugs.

“We really wanted to emphasize the need to ensure that communities that were overpoliced, folks with prior convictions, are able to take part in this industry,” Zanipatin said.

As for Newsom’s balking at other expansions of cannabis use, Zanipatin said, more work needs to be done on scientific research and public education to build support for some policies. “He’s sort of taking a somewhat cautious approach, but in a good way,” she said.

Lawmakers shelved a bill for the year that would have allowed the state to license banks to handle money from marijuana businesses after the governor’s office raised concerns about how it would work and the author decided to provide more time to work on answers, one official said.

Those surprised by Newsom’s level of caution on some pot bills include Kevin Sabet, president of Smart Approaches to Marijuana, which opposes legalization.

“For someone that we might have expected to earn an F on marijuana policy, this gives him a D,” Sabet said. “I think when it came to such extreme issues as marijuana in hospitals and tour buses, he knew there would be local pushback.”