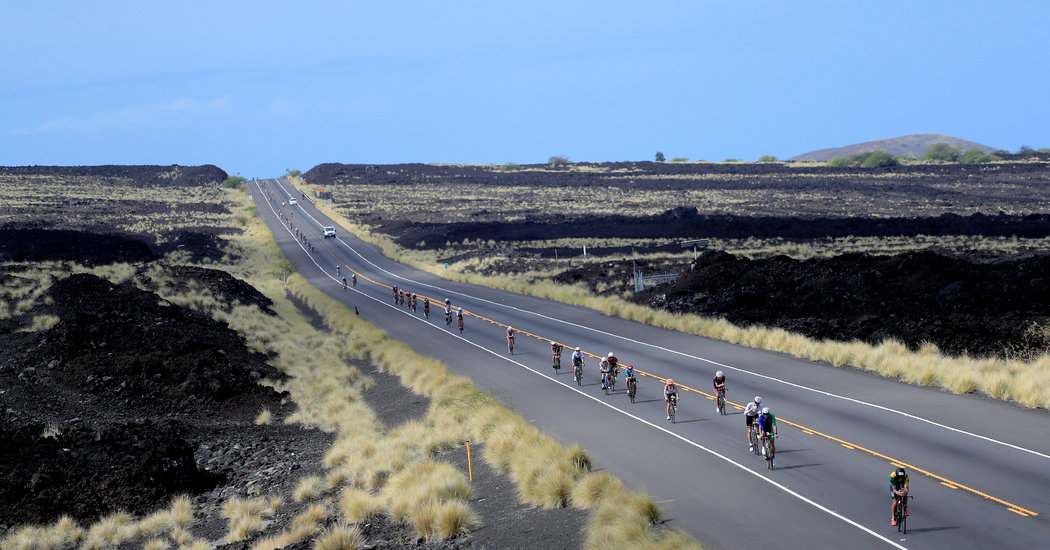 The sports industry’s embrace of cannabis products is continuing to evolve as U.S.A. Triathlon has become the first national governing body of an American sport to make a sponsorship deal with a company that sells products containing cannabidiol, or CBD.

CBD is a nonintoxicating compound that, like the intoxicating compound THC, is found in varying amounts in hemp, a legal cannabis plant. In 2018, the World Anti-Doping Agency removed CBD from its list of banned substances. THC and scores of other cannabinoids remain on the banned list, but by removing CBD, WADA opened the door for elite athletes to use and endorse CBD products.

CBD’s benefits are said to include preventing pain and inflammation, relieving stress and anxiety and even aiding digestion. CBD products are available in several forms, including oils and lotions.

The financial terms of the four-year deal between U.S.A. Triathlon and Pure Spectrum, which is based in Colorado, were not disclosed. It came less than a year after Congress passed the Farm Bill, which legalized hemp. Growing the plant had been against federal law for many years. Since then, sports organizations have tiptoed toward CBD and its growing business. Much of the population knows little about CBD. There are some who still associate it with the more illicit uses of marijuana, which remains illegal at the federal level and in many states, even though it has been decriminalized in some.

U.S.A. Triathlon’s exclusive deal with Pure Spectrum will help the relatively small national governing body support growth of the sport while trying to keep fees for races and other costs associated with the triathlon at a reasonable level.

Membership in U.S.A. Triathlon declined about 25 percent from 2013 to 2018. Interest in the sport increased significantly after it became part of the Olympics in 2000, but has waned in recent years for a variety of reasons, though triathlon boosters say they have reversed some of those trends.

U.S.A. Triathlon has annual revenues of about $16 million. About $2 million, or roughly 12 to 15 percent, comes from sponsorships.

Athletes at every level — who are often some of the earliest adopters of anything that can help people feel better, recover from workouts or improve performance — have embraced CBD. Rocky Harris, chief executive of U.S.A. Triathlon, said the movement to embrace CBD among participants in the sport led his organization on a six-month endeavor to determine the actual risks and benefits of CBD and whether U.S.A. Triathlon could responsibly pursue making money through a sponsorship deal with a CBD company.

“We needed to be able to say if you use this product you will not fail a drug test,” Harris said.

U.S.A. Triathlon is not the only sports organization that has a relationship with a CBD company. The Ultimate Fighting Championship and CrossFit also do. However, the risk for a national governing body of an Olympic sport is higher because those organizations have to abide by all WADA regulations and submit to the most intense drug testing protocols. Privately controlled athletic organizations, such as the major American sports leagues, can choose to make up their own rules and drug policies.

Harris said U.S.A. Triathlon finally became comfortable with Pure Spectrum because the company controls the manufacturing process from the beginning and tests the products five times during production to make sure they do not have any THC. Pure Spectrum offer CBD as lotions, oils and tinctures. It stopped selling vape products last week because of rising health concerns.

Brady Bell, the company’s chief executive, said Pure Spectrum had targeted elite athletes and consumers with active lifestyles since its founding in 2015.

“I understand what these athletes go through on a daily basis, from the stress leading up to a competition, or training, the breakdown their bodies experience,” he said. “What better market to prove this on than on the most healthy and educated athletes?”

During the past year, a number of notable personalities from sports have established relationships with CBD companies or acknowledged experimenting with the products. They include Steve Kerr, head coach of the Golden State Warriors; John Isner, the tennis player; Bode Miller, the skier; and Bubba Watson, the golfer.

THC remains on the banned list because it meets at least two of the three criteria for prohibition — offering the potential for excessively enhancing performance, representing a health risk and violating the spirit of sport.

THC, as well as other compounds from cannabis, can decrease stress and anxiety, potentially improving performance. They can also be harmful to a person’s health, and they can be considered a violation of the so-called spirit of sport because cannabis is illegal in many places.

However, doping officials no longer test for cannabis out of competition and have raised the threshold for cannabis compounds that results in a violation. Also, it is listed among those recreational drugs that carry a lesser penalty.

Harris and Bell said they were confident that anyone who uses Pure Spectrum products would not test positive for THC.

“We have hundreds of athletes using our product and more than 1,000 members of the military,” Bell said. “We understand we are dealing with the livelihoods of these people.”

Harris said research he did ahead of the deal had allowed the federation to answer questions it received from triathletes at every level about CBD’s benefits and risks compared with other forms of medicine.

“Athletes prefer not to take prescription drugs,” Harris said. “They want organic and healthy. They want to find something more natural.”