Rumor has it the whole countryside smelled like popcorn…

During World War I, American farmers were making a killing. With nearly all of Europe locked in battle, it fell to America to feed the world. So American farmers grew more and more crops to meet the exploding demand from overseas.

But when the war ended and the world started to recover, crop prices plunged. Struggling to make ends meet, American farmers tried to make up for it with volume. They grew more… and more… and more food.

Then the Great Depression hit…

Demand fell off a cliff. Barns were filled to the brim with crops. Certain crops got so cheap that farmers famously dumped them in the river to lift prices.

Some folks even burned corn instead of coal in their stoves. At times, the entire countryside smelled like popcorn in a movie theater.

I’m telling you this because a similar scenario is playing out in the pot industry.

As I’ll explain, companies like Aurora Cannabis (ACB) are “dumping” part of their harvest… because they simply grew more pot than they could sell at a reasonable price.

A New Chapter in Pot’s History

In 2012, a wave of pot legalization hit America.

That year Colorado and Washington legalized recreational pot. It was the first time Americans could lawfully smoke pot for pleasure. Since then, a dozen states decriminalized pot.

But the last year marked by far the biggest milestone in America’s pot decriminalization. Pot became legal all over Canada. It was the second country in the world to legalize pot for all uses countrywide.

After passing the historic legislation, Canada has become the biggest pot market on earth.

Hundreds of pot producers sprang up to take advantage of this once-in-a-century opportunity. This has led to a boom in “pot stocks.”

Take a look at the mind-boggling performance of top Canadian pot producers until last spring. 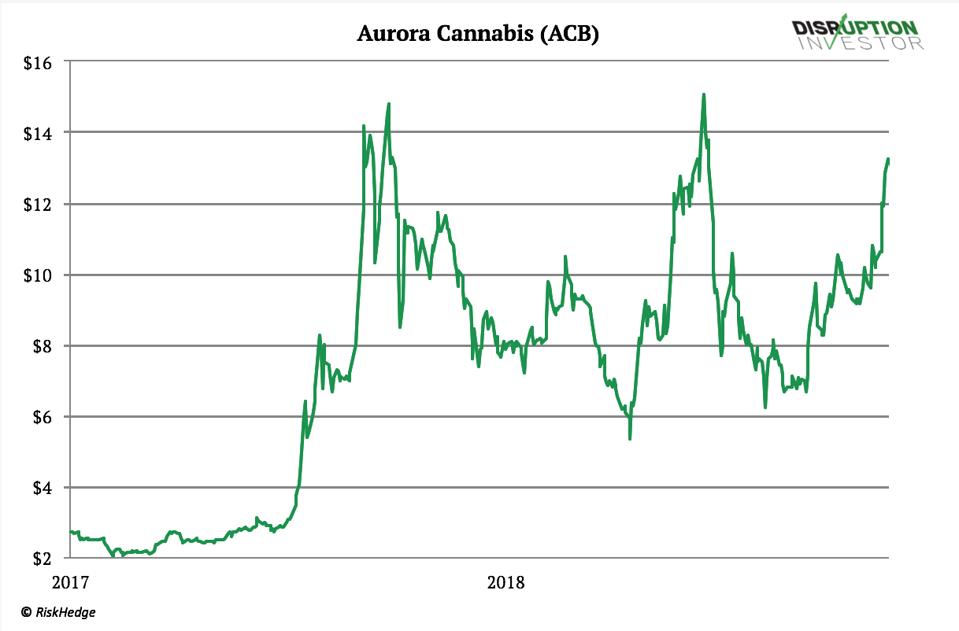 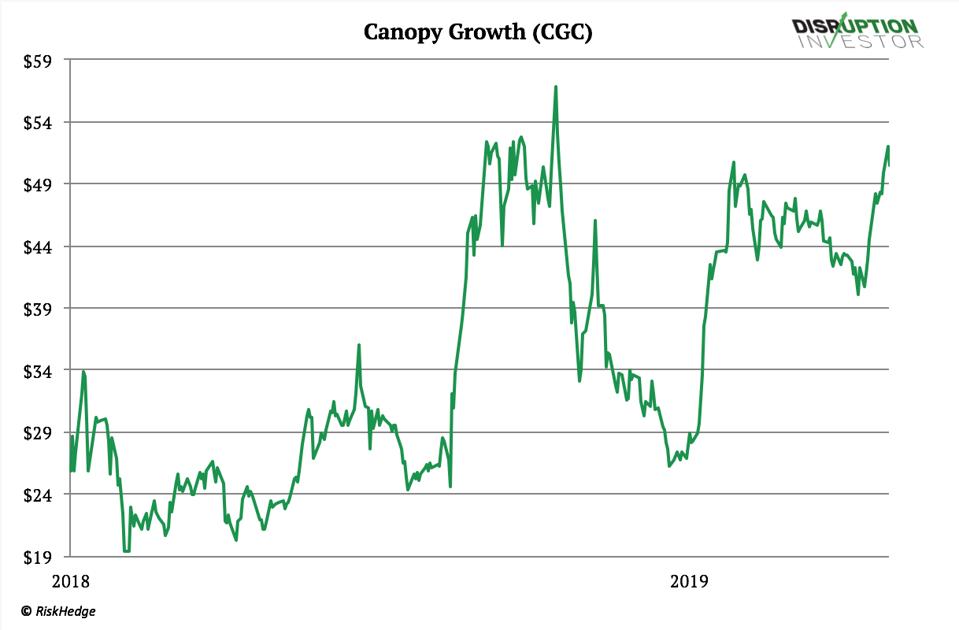 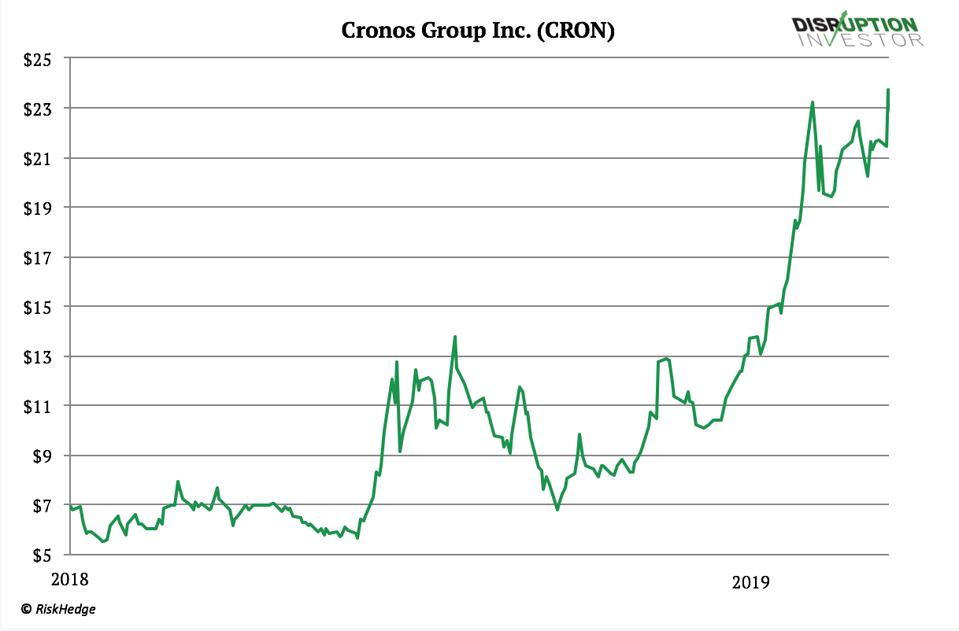 But after peaking in the spring, most pot stocks crashed 50%+. Many investors took this as an opportunity to buy them for cheap… hoping they would soon recover.

But here’s the thing…

The best days for pot stocks are over. Pot stocks will never recover to their prime-time heights. And there’s one simple reason for that.

It All Comes Down to Demand and Supply

Let me show you the most important chart in the pot industry. 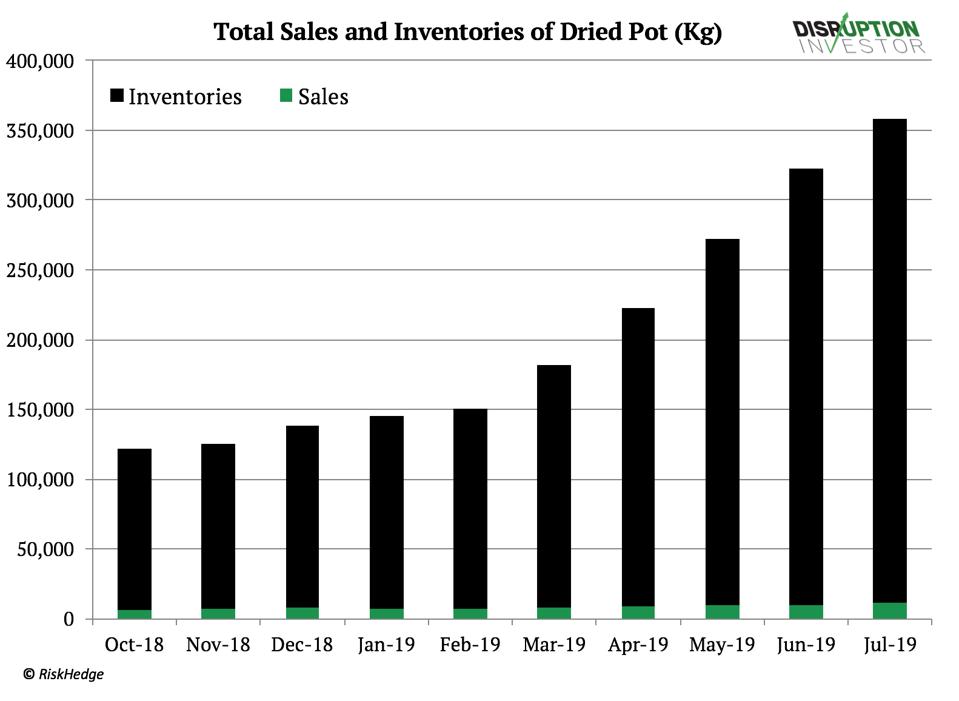 In just a year after Canada’s historic pot legalization, pot producers built up a massive surplus of pot. In fact, only 4% of pot produced in Canada in July has been sold!

The rest is being stored in warehouses… just like crops during the Great Depression.

For much of the past century, laws held back pot production like a dam holds back a river. But Canada threw those floodgates wide open, and the market was flooded with millions of kilos of pot.

Now there’s more pot in Canada than folks will probably ever need. And it’s only getting worse.

Pot Producers Are Painting Themselves into a Corner

Have you read the news about cannabis producers lately?

All they seem to talk about is “increasing production capacity.” Is growing more pot the answer?

Well, when there’s too much product on the market, you want to offer the best price, so buyers choose to do business with you instead of other sellers.

Pot producers are now falling over themselves to ramp up their production capacity, which would push their costs and, in turn, pot prices down.

Think about it… you could roll over 4 billion joints with the pot from these two companies alone. And many more pot producers will have the capacity to produce millions of kilos of pot in a year from now.

The thing is, the market doesn’t need millions of kilos of pot. Pot producers are already making more pot than can ever be smoked.

Aurora Cannabis is Canada’s largest cannabis producer and one of the most popular pot stocks on earth.

In fact, this stock has recently topped Apple as the favorite stock among American Millennials, according to Business Insider.

Like most pot stocks, Aurora Cannabis has taken a beating and crashed over 50% since the beginning of the year: 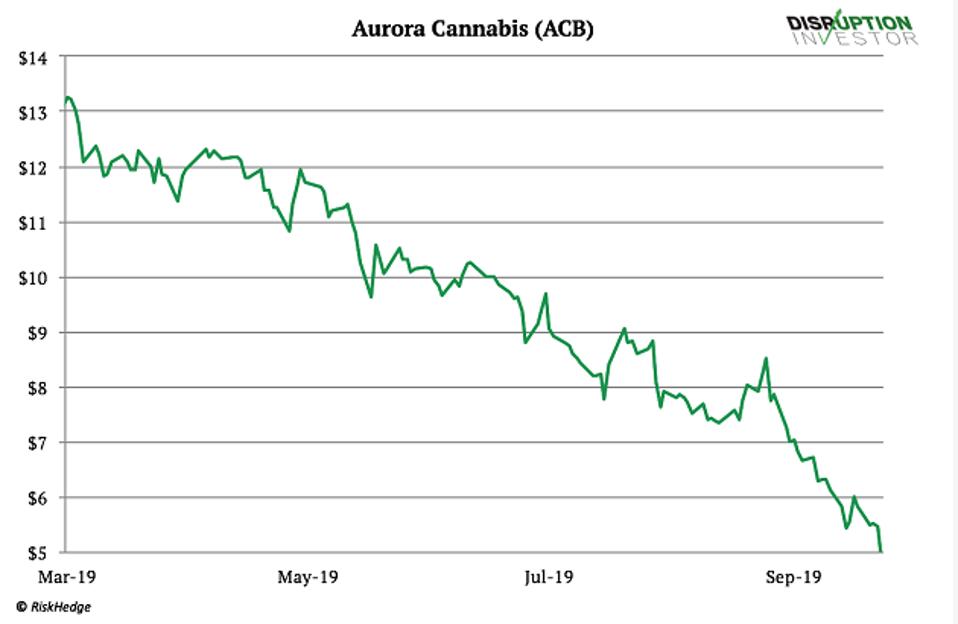 As I mentioned earlier, most folks think this is a good buying opportunity. I think you’d have to be nuts to touch this stock right now.

I wouldn’t be surprised if it gets cut in half again.

Aurora Cannabis is losing an outrageous amount of money, and the losses are growing by the day. In Q3 2019, the company lost $160 million… that’s 8X more than a year ago.

The company is investing millions into new farms and greenhouses spanning millions of square meters… most of which are simply unused.

A Dirty Secret Behind “Strong Revenue”

And here’s the key…

If you look at Aurora Cannabis’s most recent financial report, you’ll see its revenue grew 52% in the last fiscal quarter, compared to the previous quarter.

That sounds good… but it’s hiding a dirty secret.

Aurora Cannabis is actually dumping part of its harvest into “wholesale,” which means it is selling it for cheap… according to a line buried deep in the company’s Q4 financials.

Last fiscal quarter, the company dumped $20 million worth of pot, a 869% increase from the previous quarter. It is doing this because there’s not enough demand from consumers.

I expect this trend to grow as pot companies continue to ramp up production and flood the market with more pot.

My recommendation: Stay away from Aurora Cannabis and other big pot producers. The pot party is over. There are better and safer ways to earn profit in the stock market.

Get my report „The Great Disruptors: 3 Breakthrough Stocks Set to Double Your Money”. These stocks will hand you 100% gains as they disrupt whole industries. Get your free copy here.