Around the province this month, gardeners are cutting down and drying cannabis plants that were grown legally outside for the very first time. (Kate McGillivray/CBC)

Along with planting bulbs and clearing out dying annuals, some Ontario gardeners now have a new fall tradition: harvesting their cannabis plants.

„Now is the most exciting time of growing at home,” said Katy Perry, who owns a hydroponic supply store in Toronto.

„Your plant is finally ready to be chopped down, dried, cured and consumed.”

Last week, Canada marked one year since legalization, making this the first time that Ontarians have been able to legally cultivate cannabis over the summer growing season. 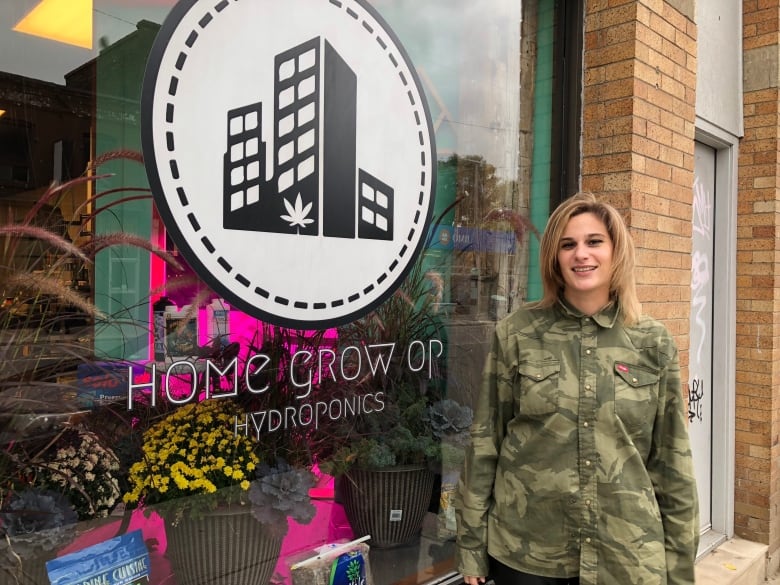 Katy Perry teaches a weekly class in Toronto on how to grow cannabis outside, helping her students determine when to plant and harvest and guiding them through challenges like mildew. (Kate McGillivray/CBC)

Toronto’s Richard Freeman had never grown cannabis before when he decided to take the plunge mid-summer in his backyard.

An experienced gardener, he placed two cannabis plants in his herb garden and focused on giving them the basics: decent soil, water, and light.

„Despite the late start, the plants did quite well, growing very nice and bushy,” he told CBC Toronto by email, adding that he plans to harvest right before the year’s first frost.

„I didn’t do too much research into growing cannabis specifically,” Freeman said.

„A lot of people think you need crazy lights and tin foil on your windows and elaborate chemical concoctions to get them going, but I think it’s good to remember that these little guys are just plants.”

As in many provinces, people in Ontario are legally allowed to grow four plants per residence, started from seeds bought from legal pot shops or the Ontario Cannabis Store (OCS) online.

Though it’s hard to get a sense of exactly how many people grew cannabis at home this year, Perry says the number of people stopping in to ask questions or check out products in her shop has doubled every month since legalization.

„We saw a huge amount of people participate in home growing in their gardens, on their balconies or on their rooftops,” she said.

The OCS told CBC Toronto they sold about 7,500 packets of four seeds since the online store opened.

Kat Milevic, who works with Perry at her store Grow Op Hydroponics, tried her luck with outdoor growing for the first time this year on her highrise balcony.

„Outdoor plants can get bigger,” she said. „But you can run into a lot more issues.”

Over the summer, Milevic did battle with powdery mildew on hers, but ultimately beat it back with products from her store.

Now, she’s babying her plants through the final phase of their development before her harvest. 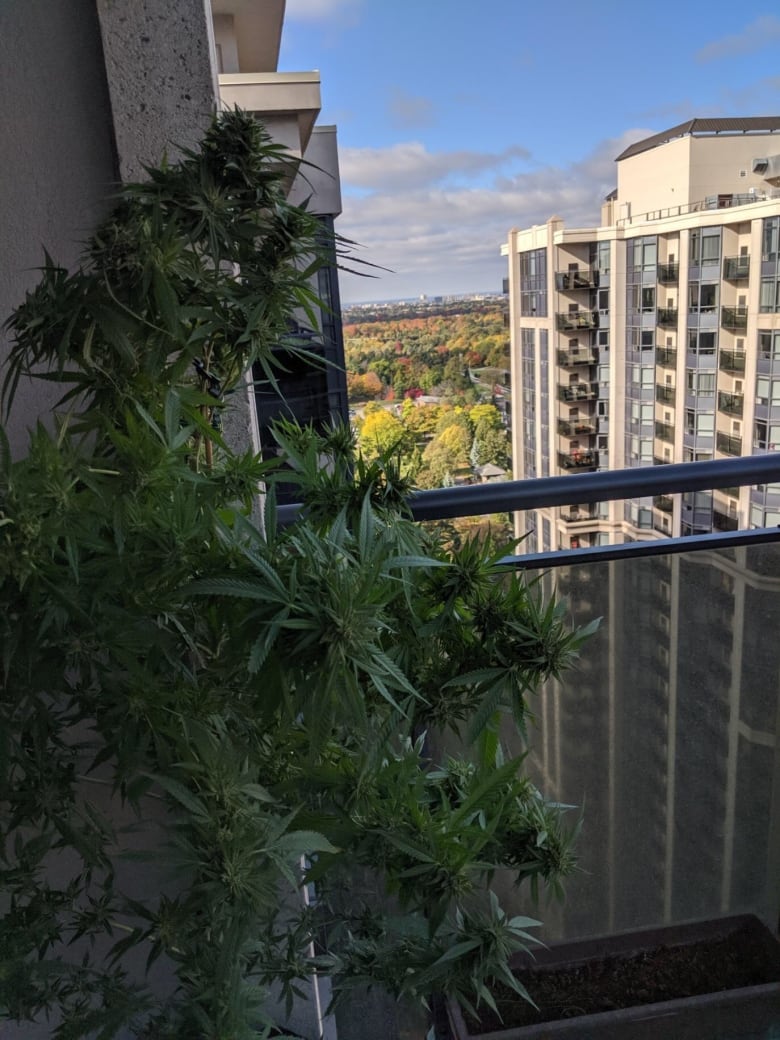 Kat Milevic grew this cannabis plant on the balcony of her highrise building. (Submitted by Kate Milevic)

To help new cannabis gardeners reap maximum rewards, classes have sprung up around the country to teach people the basics of planting, harvesting, and combating issues like mould.

Perry, who teaches a weekly outdoor cultivation class, says new growers often struggle with planting too late and with the powdery mildew Milevic dealt with — a result of southern Ontario’s damp fall weather.

Matt Soltys, who also teaches classes on cultivating cannabis in his home of Guelph, Ont., has plenty of advice for first time harvesters. 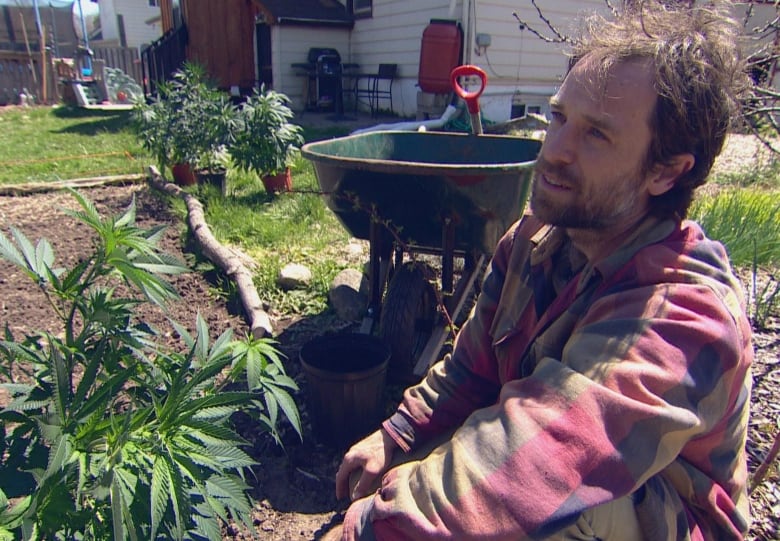 Matt Soltys with his plants in his Guelph backyard at the beginning of the summer. He says it was a good summer for growing, with lots of heat and enough rain. (Rob Krbavac/CBC News)

„This time of year there’s a lot of dew in the air,” he told CBC Toronto. „It’s a time of year when mould can easily proliferate.”

To know when the right time to harvest is, gardeners can also get „really particular” and use a magnifying glass to look at the trichomes — the little furry glands — on their plants, he said.

„[You can] monitor how they turn from clear to amber as a way to judge where the plant’s at.”

When the time is right, plants can be cut and hung upside down, or buds can be trimmed and laid on screens to dry, said Soltys. The cannabis is then transferred to jars and bags for the final curing stage.

„Just generally, people find it pretty exciting and empowering to provide for any of their own needs,” said Soltys.

„There’s a huge culture around getting back into skills that people’s grandparents had, like canning and dehydrating and growing food and processing and preserving. I think this kind of fits into that too.”