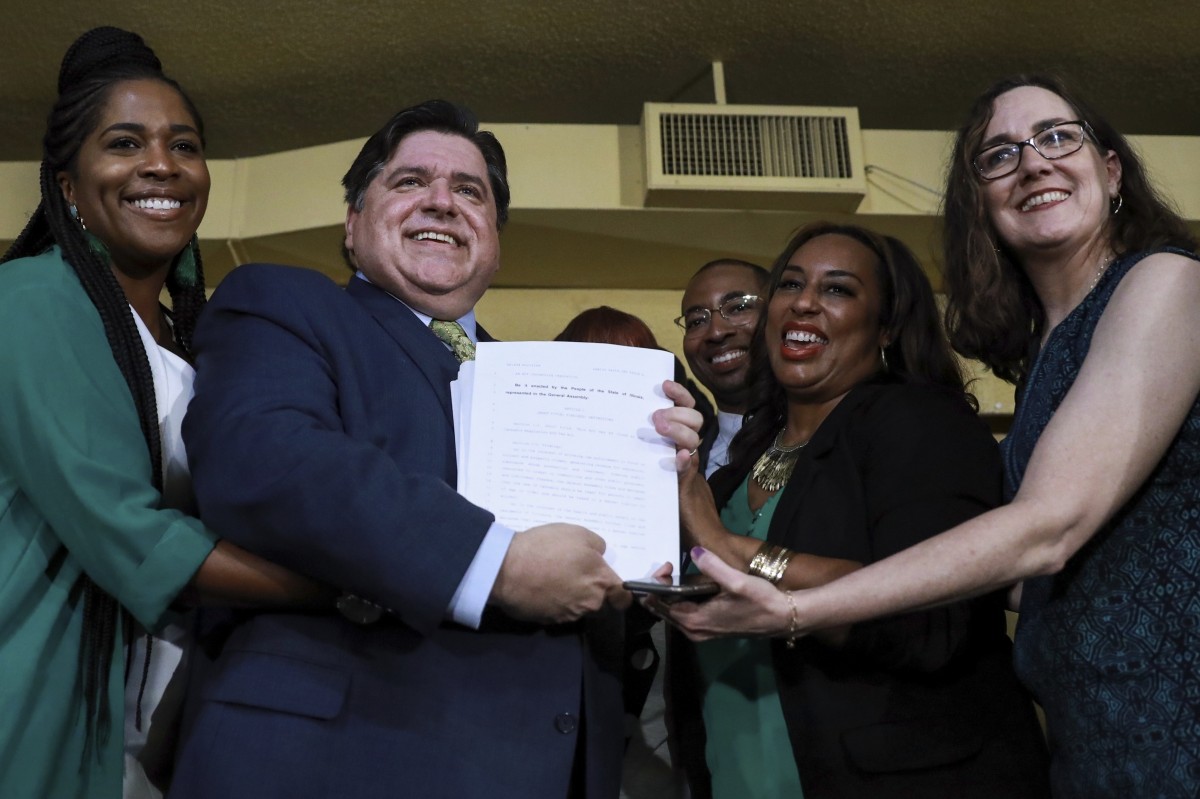 At some point next year, probably in May, the city of Chicago will draw a lottery number, and whoever holds that lucky number will have their pick of where to locate a new recreational cannabis dispensary in the city.

Perhaps this person or business will choose a coveted high-profile location in the fast-growing West Loop, South Loop or River North areas, teeming with relatively affluent buyers who have a ton of disposable income. Or perhaps they’ll choose the neighborhood where they happen to live on the South Side or West Side. They might not make as much money initially, but their new dispensary might be an anchor to help revitalize a long-disinvested commercial corridor.

It is far from certain who the holder of that lucky number will be, but Chicago’s new zoning rules for recreational cannabis will attempt to spread dispensaries evenly across the entire city. Approved by city council last week, the rules divide the city into seven zones, each with an initial cap of seven recreational cannabis dispensary permits, which the city will distribute on a lottery basis.

Mayor Lori Lightfoot and her staff drafted the ordinance in partnership with community advocates, business leaders, policy experts and cannabis professionals. Through that process, the Mayor’s staff concluded that a lottery would be the fairest, most transparent method of distributing permits for new recreational cannabis dispensary locations.

Governor J.B. Pritzker signed the Illinois Cannabis Regulation and Tax Act in July, making Illinois the eleventh state to legalize the sale of cannabis for recreational use. The act included several measures to bring an equity lens to the state’s dispensary licensing process. First of all, it included a mechanism to expunge cannabis-related criminal records for an estimated 770,000 individuals across the state. Add to that a “social equity” provision establishing a preference for new cannabis dispensary licenses to those who have suffered from disproportionate arrests and convictions because of the “War on Drugs.” The act also sets aside funding to help “social equity applicants” start cannabis-related businesses — a move hailed as a form of reparations. Every application, social equity applicant or not, will also be scored on their community engagement plan, their diversity plan, and their labor and employment practices plan.

L. Anton Seals was one of many who helped push for those equity measures in the state legislation, in his capacity as lead steward of Grow Greater Englewood — a member organization of the P.U.R.E. Cannabis Coalition that has been advocating for racial equity in Illinois’ emerging cannabis industry.

“But as much work as was put in there, there was major holes in how the bill would offer equity,” Seals says.

Seals, who asserts he did not vote for Lori Lightfoot but still accepted an invitation to co-chair the mayor’s environment transition team, had a chance to brief some of the mayor’s new staff about some of the holes in the bill.

“We went over some of the things that were missing when it comes to equity around the adult-use cannabis bill, the whole industry from dispensaries, growers, and beyond, how do you balance all that in a city that’s so lopsided in terms of its resources,” Seals says. “How do you make this work for social equity applicants?”

And here’s the thing that has many roiled in Chicago — those 11 existing medicinal cannabis dispensaries, which will become overnight the city’s first 11 recreational cannabis dispensaries, are all white-owned. Meanwhile in Illinois’ Cook County, which includes Chicago, more than 90 percent of 2,457 cannabis-related prison admissions in fiscal year 2017 were people of color. It’s a huge hole in what has otherwise been hailed as the most progressive recreational cannabis legalization law in the country so far.

Seals, who is also a social equity applicant for a recreational cannabis dispensary license in Illinois, is quite blunt about what equity in cannabis would look like at the local level in Chicago. The key for him is who will get a first shot at dispensary locations in those coveted neighborhoods.

“The best case scenario is a bunch of black-owned businesses in spaces where there’s a bunch of white people so they can make money,” Seals says. “That to me would be equity. Like if I’m getting in, put my ass in River North to make a gazillion dollars.”

After Mayor Lightfoot proposed the new zoning rules in September, the city held three informations, one each on the Chicago’s North, South and West sides, to gain feedback and answer questions from the community in advance of passing the measure.

Some critics fussed about the proposed “exclusion zone” where the city would not allow any new dispensaries. The exclusion zone primarily covers Chicago’s main downtown areas, “The Loop” and Michigan Avenue’s “Magnificent Mile.” The city’s stated purpose for the exclusion zone was consideration for the “unique character, configuration and congestion” of those areas, and to “protect high-threat security areas with intensive pedestrian, tourism and entertainment-related traffic.”

Critics noted that the city was potentially losing out on cannabis sales tax revenues by barring recreational dispensaries from the city’s busiest visitor areas. In the final ordinance, which passed by a vote of 40-10, the exclusion zone was shrunk from the mayor’s original proposal.

The debate around the zoning rules shed even more light on some of the remaining challenges as well as ideas to further social equity in the cannabis industry as it expands in Chicago.

At the city’s first information session, the question arose as to whether the city needed to consider the fact that many applicants, especially social equity applicants, are coming up with preliminary floor plans and also community development plans as part of their dispensary license applications to the state, and those plans may be tied to specific locations. Even if someone’s lottery number gets picked, if they are later in the lottery, what if the location they want is in a zone that already has maxed-out its seven dispensary location? Officials seemed to assume that community development plans are transferable to any location that’s available.

“If you have a social equity plan and it’s a genuine social equity plan, it shouldn’t matter where you’re situated in the city, you should be working in the community to ensure that residents in that community have an opportunity to participate in this industry,” said Paul Stewart, the point person in the Mayor’s office for the recreational cannabis zoning rules.

Kevin Slaughter, an attorney representing clients in the cannabis industry, commented at the City Council session last week that prospective dispensaries that are majority-owned by social equity applicants should get “two balls in the lottery” for location permits in Chicago.

Now that the zoning rules for recreational cannabis dispensaries are in place, it falls to Chicago’s Zoning Board of Appeals, a five-member body appointed by the mayor with city council approval, to come up with the specific rules for the lottery it will be charged with conducting next year.

“I can tell you social equity is very much in the minds [of the Zoning Board of Appeals],” said Alderman Tom Tunney, chair of the City Council Zoning Committee, during the city’s information session on the West Side. “This is a huge priority about spreading the wealth and the equity.”

Oscar is Next City’s senior economics correspondent. He previously served as Next City’s editor from 2018-2019, and was a Next City Equitable Cities Fellow from 2015-2016. Since 2011, Oscar has covered community development finance, community banking, impact investing, economic development, housing and more for media outlets such as Shelterforce, B Magazine, Impact Alpha, and Fast Company.

Follow Oscar .(JavaScript must be enabled to view this email address)