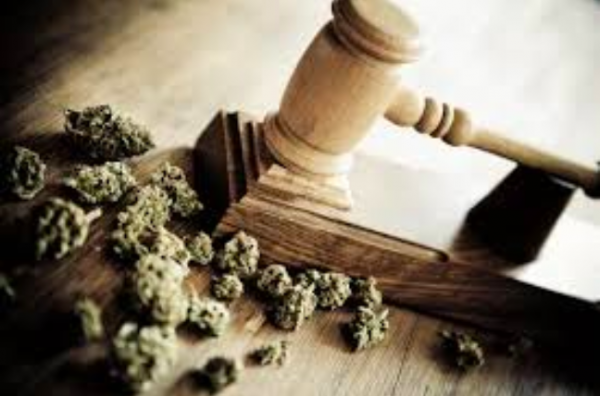 Correspondence from cannabis business owners and comments at last night’s City Council meeting by those representing them shed light on major issues the four existing medical cannabis dispensaries are likely to face over the next year, issues that might have an impact on the November 2020, City Council election.

One of those issues is whether a medical use-only cannabis dispensary can afford to stay in business. Another is whether changes in ownership mean that state and local licenses granted to the existing cannabis businesses —  particularly the Farmacy Collective, the entity through which MedMen operates in West Hollywood – mean their existing state and local licenses are still valid.

The City Council last night agreed to grant the four existing medical cannabis dispensaries a second temporary extension of licenses they had been granted to also sell recreational cannabis. Those licenses were to have expired on Jan. 1, 2020, and now can remain in effect until Jan. 1, 2021.

The Council had voted in November 2017 to extend the existing businesses’ medical cannabis licenses and also grant them temporary licenses to sell recreational cannabis while the city went through the lengthy process of soliciting and evaluating applications for licenses in those and other cannabis business categories. At the end of the evaluation, none of the existing cannabis businesses, which call themselves the “Originals,” had qualified for the eight recreational cannabis licenses.

With last night’s vote, the extended licenses will be considered “provisional,” which means the city can terminate the licenses with six months’ notice. Meanwhile, the owners of the Originals will continue lobbying the City Council to grant them permanent recreational sales licenses despite their failure to qualify in the application process.

That push has included a petition filed in L.A. Superior Court by the Farmacy, a collective through which MedMen operates its West Hollywood location. MedMen asked that the court halt any action required to complete the application process for the winners of the eight recreational cannabis licenses, who must also obtain state cannabis licenses and local business licenses. It also asked that the court order the City of West Hollywood to dismiss the independent panel chosen to evaluate the applications and appoint a new one. And it asked that the evaluation panel be required to give priority in its assessments to existing cannabis businesses

The impact of losing a recreational sales license was made clear in an email message to the Council from Don Duncan, president the Los Angeles Patients and Caregivers Group, which has been in business in West Hollywood since 2001.

“We can see already that a medical-only retailer will not be economically viable in a jurisdiction where retailers are allowed to adult-use consumers,” Duncan wrote. “Only 10% of our current customers still have valid medical cannabis recommendations. The number has declined steadily since January of 2018…”

However, the extension got pushback from the Lauren Fontein of the Artist Tree, which qualified for recreational, medical and delivery licenses in the application process. “When the Council granted temporary use permits for the existing dispensaries, the purpose was to bridge the gap and provide access to medical and adult-use cannabis within the city until such time as newly licenses businesses were open,” Fontein said in an email to the City Council. “… within a month, two new adult-use retailers will be open.” 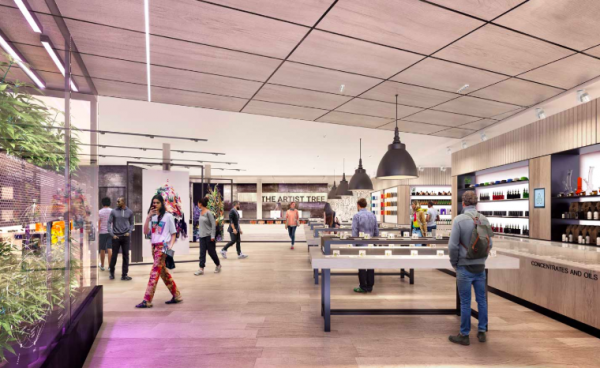 Illustration of the interior of the Artist Tree

Those two are Calma and the Artist Tree, which plans to open on Nov. 6. 8625 Santa Monica Blvd. where Front Runners shoe store once was located.

Fontein’s argument was echoed by Jennifer McGrath, an attorney representing the Adult Use Retailers Association of West Hollywood (AURA), which represents the new license holders.

“At this time, four of the adult-use retailers have obtained their business licenses from the Business License Commission and are in the process of becoming operational,” McGrath said in an email to the City Council members. “These locations will be operational and fulfill the need for access by the citizens of the community no later than March 2020. Quite simply, it is unnecessary to extend the existing temporary use permits beyond that date.”

In her letter, McGrath said the city should check records from the Secretary of State’s Office to ensure that the four existing businesses are in good standing with it and the Franchise Tax Board.