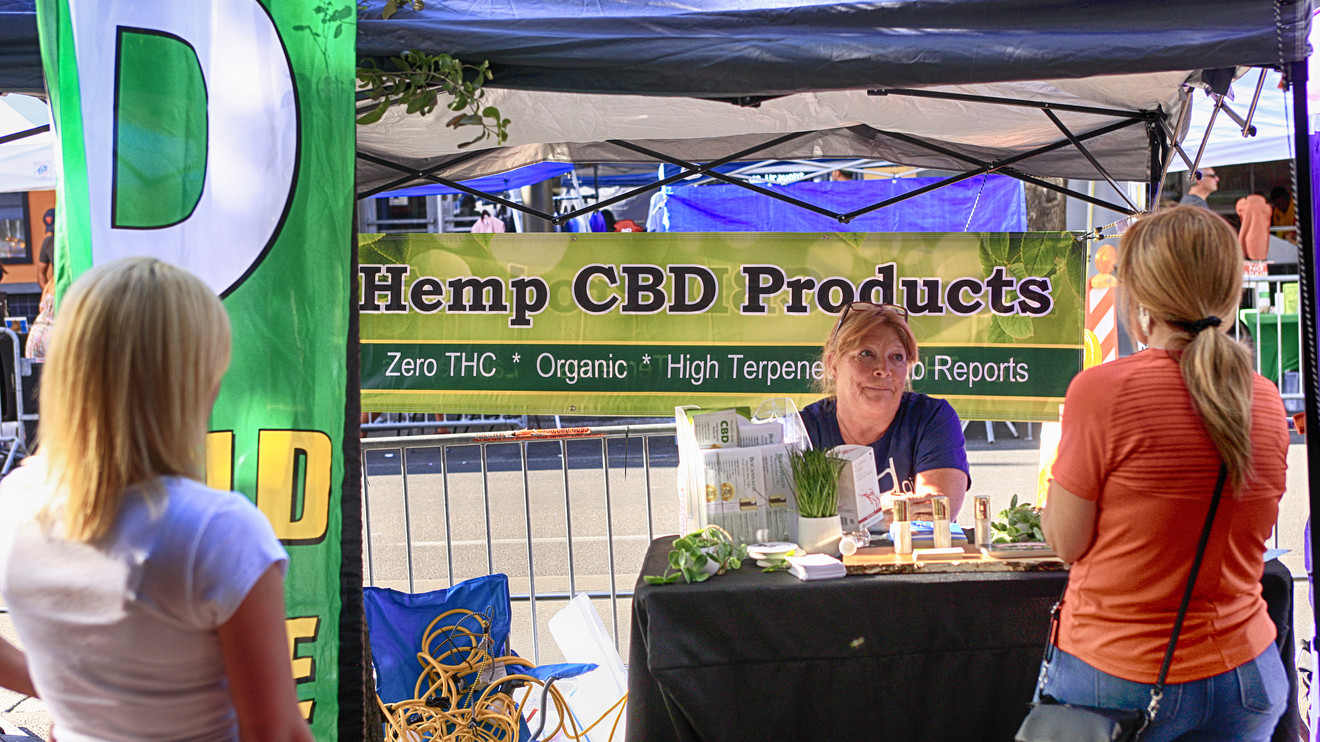 Public curiosity about CBD is soaring and a new study has the numbers to show it.

Google search rates for the non-intoxicating cannabis derivative are climbing at massive rates, according to research unveiled Wednesday.

Consumers looked up the two terms 6.4 million times in April, the last month researchers collected data. CBD was the fourth-most searched health-related topic that month, the study said. Diet was the most-searched health topic on Google GOOG, +1.15% that month while e-cigarettes were second and yoga was third.

The study noted CBD is “widely promoted as a panacea” even though research on its effects and benefits is still very slim.

“CBD has become insanely popular,” said Dr. John W. Ayers, the study’s co-author and vice chief of innovation at the University of California, San Diego’s Division of Infectious Disease and Global Public Health “Three years ago, there was essentially no one searching about CBD online, but now there are an estimated 6.4 million unique searches each month.”

The upward search trend comes at a time when consumers can buy all sorts of products that include the compound, including CBD-infused oil, jelly beans, bath salts, skin lotion and pet products. It’s even available at your local SoulCycle and other gyms. The retail CBD sales could pass $1 billion this year and get past $10 billion in 2024, according to Hemp Industry Daily, a trade publication covering the market.

Consumers may be buying CBD products, but many are uncertain about them. In fact, a separate study this week found 48% of 2,440 polled participants used CBD but were concerned about its safety.

Don’t miss: People of color are reclaiming their place in a cannabis industry ‘built on the backs of people from marginalized communities’

“Even as this industry has matured, the lack of regulations and accountability is still worrisome,” said Darcie Moran, quality assurance director at Joy Organics, the Fort Collins, Colo.-based CBD products company that commissioned the survey. “Many consumers simply don’t know what they’re putting in their body or which brands to trust.”

Here are some of the basic answers on CBD that consumers should consider.

What is CBD’s legal status?

The 2018 federal Farm Bill legalized hemp, the cannabis plant that can produce CBD. The compound is an active ingredient in one Food and Drug Administration-approved drug to treat epilepsy. And because it is an active ingredient in an FDA-regulated drug, companies cannot put it in food and drinks sold over state lines, or as a dietary supplement. Cosmetics, on the other hand, don’t require premarket FDA approval.

Meanwhile, 47 states allow some form of consumer access to CBD. Some state laws, however, are “extremely limited,” according to Paul Armentano, deputy director of NORML, an advocacy organization supporting full marijuana legalization.

The research so far points to ‘no.’ Dr. Elaine Wyllie, who treats epilepsy at the Cleveland Clinic, said researchers “believe that CBD treatment is likely to involve a low risk of abuse or addiction.”

Likewise, the World Health Organization’s Expert Committee on Drug Dependence said in 2017 that CBD, “in its pure state…does not appear to have abuse potential or cause harm.”

What CBD can and can’t do

The only FDA-approved drug using CBD treats epilepsy, but that hasn’t stopped some companies from suggesting the compound can be used to treat Alzheimer’s disease, cancer, autism, Parkinson’s disease and other conditions.

The Mayo Clinic said studies are looking into CBD’s use for conditions including Parkinson’s disease, multiple sclerosis and anxiety, but “research supporting the drug’s benefits is still limited.”

The FDA and Federal Trade Commission sent warning letters this week to one company appearing the make the unsubstantiated claims in its advertising.

“There are many unanswered questions about the science, safety, effectiveness and quality of unapproved products containing CBD,” the two agencies said in their letter. Earlier this year, the two agencies sent similar warning letters to three companies talking about the supposed many therapeutic benefits of CBD.