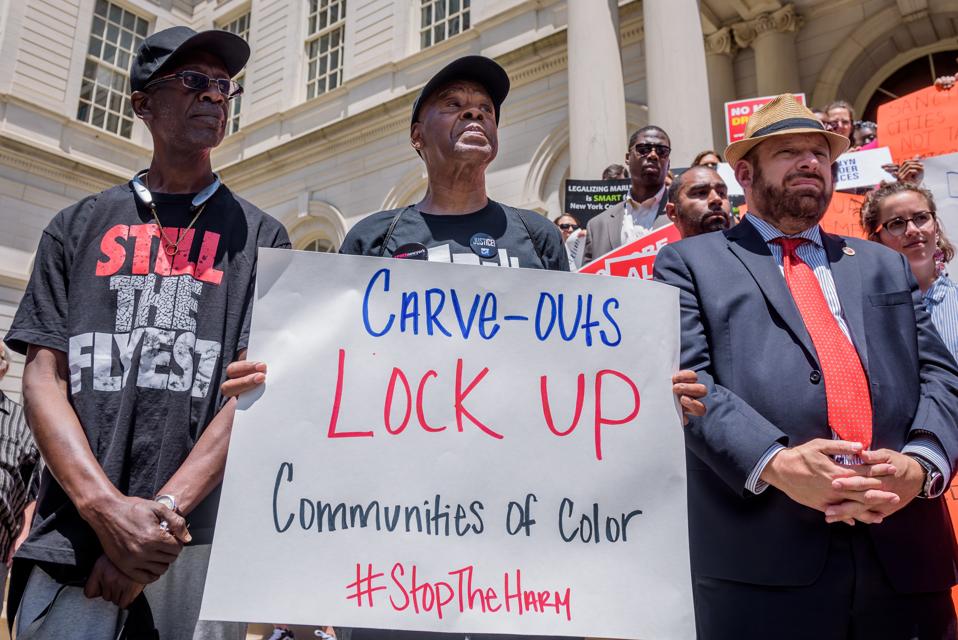 Unlike many cannabis game-plans to date, including those of many of the industry’s hottest players, Sanders’ proposal puts the issues of full legalization, criminal expungement, and community reinvestment front and center, where they should be.

The proposal focuses on four key areas for moving our country from the height of cannabis criminalization into a safe, productive, equitable industry and future:

Weighing the pros and cons of executive action as a lawmaking tool is best left to legal wonks, unlike myself (though this country’s more than once-a-minute marijuana arrest rate may speak for itself).

But the value of the plan’s focus on racial equity, and on repairing prohibition’s harms, is both clear and significant, according to drug reform advocates who advised the campaign.

“We are grateful for the opportunity our team had to work with the Sanders campaign to ensure criminal justice reforms and social equity were at the forefront of his marijuana legalization platform,” said Queen Adesuyi, National Affairs Policy Manager for Drug Policy Action, in a statement.

“It is not enough to just legalize marijuana. We must do it the right way, and that means reinvesting in the communities that have been most harmed by the cruel and inhumane policies brought forth through the war on drugs.”

For other candidates to not consider these components in their platforms would be to deny the harrowing history of how communities of color have been targeted by these policies for the last century.

“As the country moves to recognize marijuana and drug use in general as a public health issue, it is crucial that communities directly impacted by criminalization are not left to continue suffering from collateral consequences of convictions or left out of legal economic opportunities,” Adesuyi continued.

“For other candidates to not consider these components in their platforms would be to deny the harrowing history of how communities of color have been targeted by these policies for the last century.”

The proposal also echoes an increasing call for improvement in an industry which, at its own ongoing peril, continues to lock out history and experience in favor of fresh capital.

For example, to address the current lack of financial and regulatory support for communities most impacted by cannabis prohibition (which seems to fuel today’s big business- and white entrepreneur-heavy cannabis scenes), Sanders’ administration would:

The plan would also tackle monopolists and other shady operators with franchise caps, and eliminate current regulations, of which there are many, that allow public agencies to deny people housing, benefits, and the US immigration process because of a marijuana-related criminal record.

In short, as Justin Strekal, Political Director at the National Organization for the Reform of Marijuana Laws (NORML), commented by email, “The Sanders plan represents the first ever federal proposal that would limit the most deleterious impacts of quarterly capitalism hindering the development of a robust and people-centered cannabis economy.”

“By preventing the establishment of monopolies and prioritizing small businesses and rural farmers, this plan will spark a deep conversation about what the future of the legal marijuana industry could consist of,” Strekal said.

Indeed, if Sanders intends to “pile $50 billion” from legal cannabis revenues into business grants overall, as CNBC put it, communities across the country could start to see upsides to this newly legal, potentially equitable and renewable, and inevitably booming industry.

See also: We Should Be Pouring Time And Money Into Hemp, Period