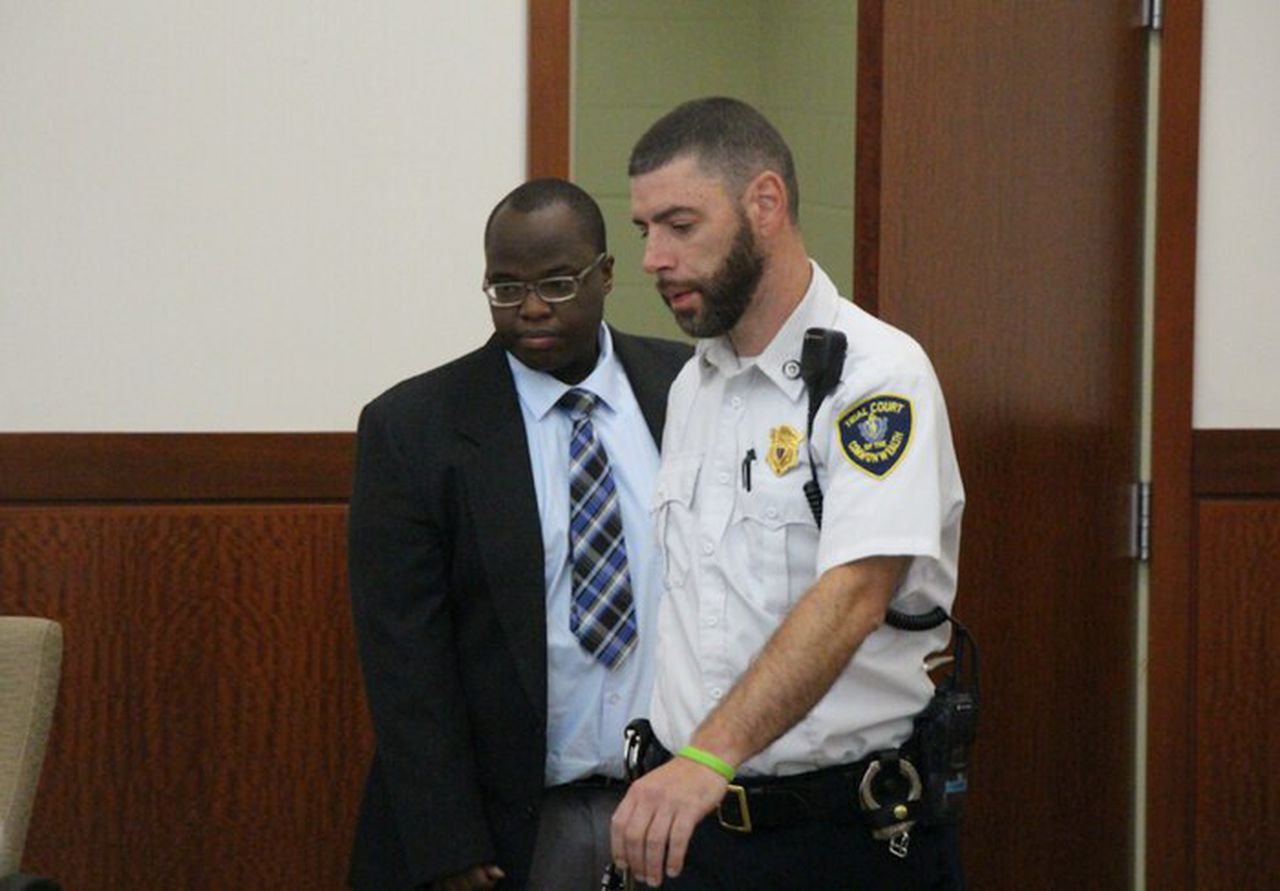 A doctor testifying in the manslaughter trial of David Njuguna, the man accused of killing Massachusetts State Police Trooper Thomas Clardy in a March 2016 crash, said THC found in blood samples cannot alone determine if someone is impaired after using the drug.

Prosecutors say Njuguna was under the influence of marijuana when he crashed into Clardy’s cruiser on March 16, 2016, on the Massachusetts Turnpike in Charlton. Clardy, a married 44-year-old father of seven children, died in the crash.

Blood pulled from Njuguna about an hour after the crash indicated there was THC in his system. Prosecutors argue that shows he was under the influence of marijuana at the time of the crash.

Assistant District Attorney Jeffrey Travers also pointed out during the trial in Worcester Superior Court that Njuguna bought medical marijuana from a Brookline dispensary one hour before the crash and two burnt marijuana joints were found inside Njuguna’s car after the crash.

Defense lawyer Peter Ettenberg said in his opening statement that there is no way to determine if someone is impaired from use of marijuana, especially while driving, if the only evidence is THC levels discovered in blood samples.

Neavyn testified that THC levels in blood cannot determine impairment. It would also be common for a daily marijuana user to have THC in their blood, but the test would not be able to determine the last time someone used marijuana, the doctor testified. Njuguna had a medical marijuana card.

The defense has also claimed Njuguna had a seizure before the crash. Neavyn testified his review of the medical records for Njuguna makes that claim plausible.

The doctor said Njuguna was in “some sort of convulsive episode” before the fatal crash.

But Travers pointed out that no doctor treating Njuguna had diagnosed him with having seizures.

Travers noted Njuguna was a driver for FedEx and never checked off a box saying he had a history of seizures. Njuguna never reported past of seizures in state Registry of Motor Vehicles paperwork as well.

One doctor testified that Njuguna smelled like marijuana after he arrived at UMass Memorial Medical Center following the crash.

Defense lawyer Jaclyn Rose Greenhalgh wanted a judge to find Njuguna not guilty on all but one charge – the driving an uninsured car charge – after the prosecution and defense rested their cases today.

There is no evidence showing Njuguna was impaired and doctors could not rule out that he had a seizure before the crash, she argued.

Prosecutor Donna-Marie Haran said evidence did show Njuguna’s conduct was wanton and reckless. The defense contends Njuguna has a history of seizures and losing consciousness.

If someone knows they have a history of passing out, that shows reckless behavior, if that person decides to drive, the prosecutor said.