People are seen lining up at a government-run cannabis store in Montreal. Under a new law passed Tuesday, people will need to be 21 to make a purchase. (Martin Ouellet-Diotte/AFP/Getty Images)

People in Quebec will need to wait until they are 21 to legally purchase cannabis under a new law passed by the Coalition Avenir Québec government.

Elsewhere in Canada, cannabis is permitted at age 19, except in Alberta, where the legal age is 18.

Lionel Carmant, the province’s junior health minister, said the goal is to send a „clear message” about the government’s priorities.

„We really want to protect our teenagers, which are most vulnerable to cannabis,” he said, adding that the increased age limit has the support of the majority of Quebecers. 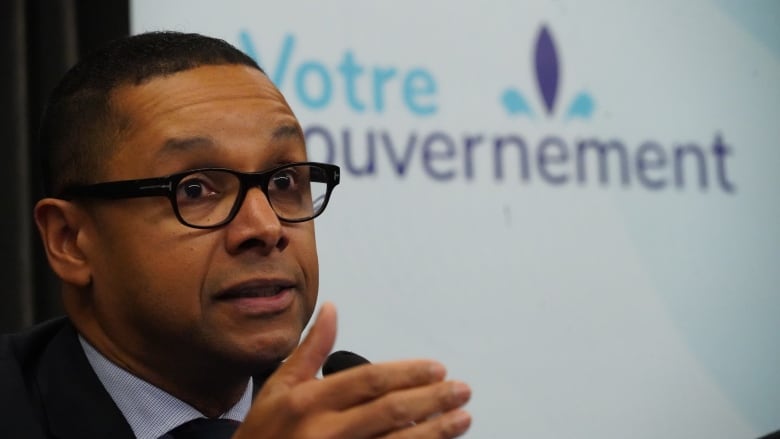 The idea of raising the age limit has come under criticism from some Quebec health professionals, industry groups and Prime Minister Justin Trudeau.

When it was first proposed last year, Trudeau warned the cannabis rules would be a boon to organized crime and make teens turn „to the Hells Angels to buy it.”

The legislation was approved Tuesday at the National Assembly. Members of the Coalition Avenir Québec all voted in favour of the law, while all opposition parties voted against.

Gabriel Nadeau-Dubois, spokesperson for the opposition Québec Solidaire, said the law was discriminatory against young people and not supported by science.

„The CAQ is creating two classes of adults,” he said, pointing out that 18-year-olds can vote but won’t be able to decide whether they want to purchase cannabis.

The law also immediately bans the sale of cannabis candies and desserts, including chocolate. They will become legal in the rest of the country in mid-December.

The legislation also includes greater restrictions around the public consumption of cannabis, though municipalities will have leeway to determine their own rules.

It originally included a ban on growing cannabis at home. That aspect of the law is being challenged in court.