A series of vaping deaths in the US have been linked to THC, the illegal psychoactive compound in cannabis, and not legal nicotine.

According to figures published by the US Centre for Disease Control (CDC), 84% of the 19 individuals who died as a result of vaping-related injuries had used THC products.

The figures showed that 63% of those who died reported exclusively using THC products rather than nicotine. 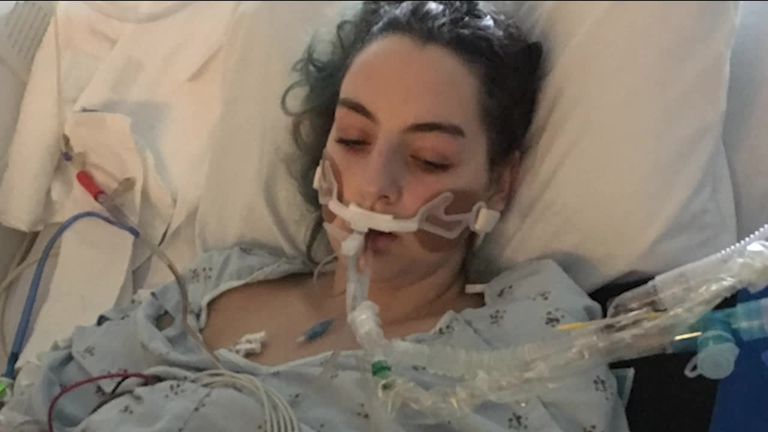 Hundreds of cases of illness linked to vaping

There have been 1,604 lung injury cases associated with vaping in the US as of 22 October, according to the CDC. The vast majority of these patients are young, white males – nearly 80% of them have been younger than 35.

While people aged 65 and over accounted for just 2% of cases of severe vaping-related illness, they made up a quarter of the deaths.

Illicit cannabis vaping products were previously identified as a possible cause of hundreds of cases of severe lung illness in the US.

A study in the New England Journal of Medicine found 24 of 41 people with the lung illness reported using Dank Vapes.

The effect of vitamin E acetate on the lungs is unclear and the US Food and Drug Administration has advised people to stop vaping THC oils and using unofficial products sold outside of shops. 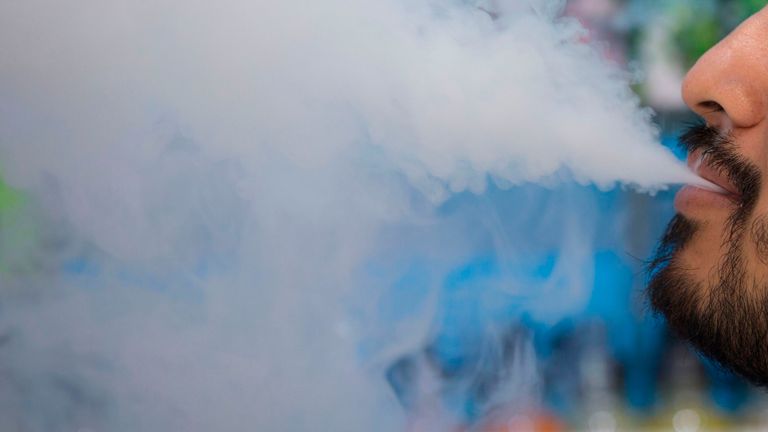 Image: Young people made up the majority of illness cases

Among the most significant cases of young people falling ill was that of Simah Herman, whose lungs failed after just two years of vaping.

Speaking to Sky News, Simah said she was used to taking a hit on her nicotine vape pen every 15 minutes but one morning woke up and found that she could not breathe and had to be admitted to hospital.

Scientists have been testing samples of the vaping products and say that no one ingredient has been found in all of the samples.

An FDA spokesperson has said: „We are all working tirelessly to get as much information as possible about any products or substances used.

„We are leaving no stone unturned in following any potential leads.”

’It’s quite exciting': Trickle of office workers return to CBD – The Age