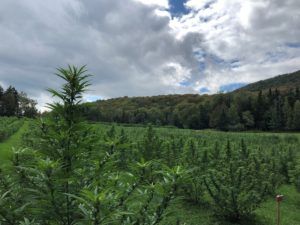 (This is a developing story, so check for updates at Hemp Industry Daily.)

The U.S. Department of Agriculture (USDA) released a nationwide proposal for growing hemp and testing its THC content, a move that comes more than 10 months after the U.S. Congress legalized hemp and ordered the USDA to regulate it.

The draft rules are important for marijuana companies interested in pivoting into a crop that is now legal under federal law. MJ businesses have been eyeing hemp – a cousin of marijuana – as a way to diversify their revenue streams.

The proposal includes provisions for the USDA to approve hemp production plans developed by states and American Indian tribes, including:

“We hope the ability to grow hemp will pave the way for new products and markets,” Perdue said in the statement.

“We have had teams operating with all hands on deck to develop a regulatory framework that meets congressional intent while seeking to provide a fair, consistent and science-based process for states, tribes and individual producers who want to participate in this program.”

Guidelines for sampling and testing procedures will be issued concurrently, providing more information for sampling agents and hemp testing laboratories.

Once published in the Federal Register later this week, the rules will immediately become effective. But the USDA will invite public comment on the interim final rule.

After the USDA approves state and tribal production plans, hemp producers will be eligible for USDA programs including crop insurance coverage.

Laura Drotleff can be reached at [email protected]