If North American cannabis legalization policy were an ice cream sandwich, Mexico would be the second cookie smashing the United States into Canada. Once again, the United States is set to sit and observe another neighboring country become “woke” about cannabis and legalize adult use of marijuana. Mexican Senate committees put forth draft legislation on October 17, 2019 to lift the country’s ban on the recreational marijuana use and possession. The country already legalized medical marijuana in 2017, and Mexico’s highest court recently determined that outlawing recreational cannabis was against the country’s constitution.

With a population of 127.6 million people, Mexico brings with it a total addressable market nearly three-and-a-half times the size of Canada’s, along with a more suitable climate to prolifically grow the plant. Mexico offers advantages in cannabis manufacturing and distribution with lower labor rates and geographical position as a hub Latin American markets

All these attributes make Mexico appealing for cannabis research and science, as well. Mexican scientists and researchers from other industries can be lured-in with higher pay and the sexiness of the industry. Mexico’s National Polytechnic Institute educates 100,000 undergraduate students a year, and that’s where I’d start looking for interns.

First, however, Mexican researchers need to get up to speed acquiring formal knowledge about the verifiable attributes of cannabis. Cannabis education needs to spread more broadly and expertly across the medical community. To that charter, CannabiSalud, the Cannabis Congress for Health Professionals in Mexico, hosted its 3rd annual conference October 31, 2019 through November 2, 2019 in Mexico City. Presented by SunMed, the two-day conference was established to help demystify and destigmatize the use of cannabis as a therapeutic treatment in the country. 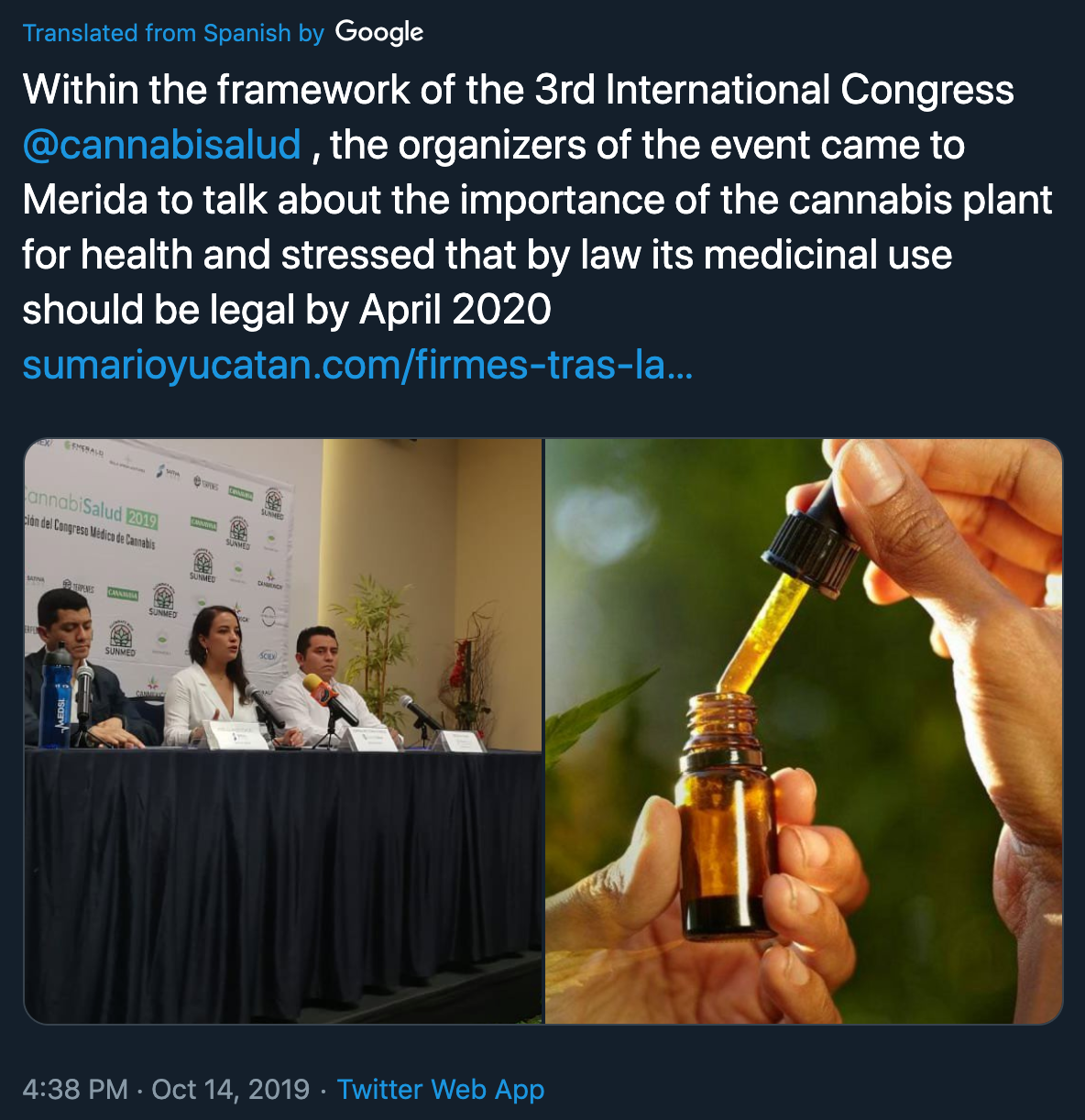 International consultant and speaker, Lorena Beltrán-Franco, launched CannabiSalud to address the lack of cannabis education for health professionals in Mexico. “In the classrooms the subject is not touched, there are no guides that establish protocols on how to use the [different] medicines and how to dose them,” Beltrán-Franco said.

The research and case-study rich conference curriculum is geared towards medical professionals to include doctors, nurses, therapists, and pharmacists. CannabiSalud aims to become Latin America’s leading platform for destigmatizing cannabis use, and doing so via science. For American researchers, conducting cannabis science research in Mexico is often easier than trying to do so in the United States.

With a federally legal framework, Mexico will enable much-needed clinical cannabis research including full-scale clinical trials that U.S. laws have prohibited. “This is what the cannabis industry so desperately needs,” Wes Burk, the president at Emerald Scientific, told me in an interview. “The potential of this plant is very exciting, but we need the structure of good science and research to truly unlock all that potential.”

Emerald Scientific joined the CannabiSalud this year as a gold sponsor. The company is known for its product quality assurance test, the “Emerald Test,” one of the largest cannabis tests of its type in the world. Offered twice a year, the test brings the cannabis industry a well-established standard for testing developed in the environmental, food, pharmaceutical, water, and petrochemical testing sectors.\ 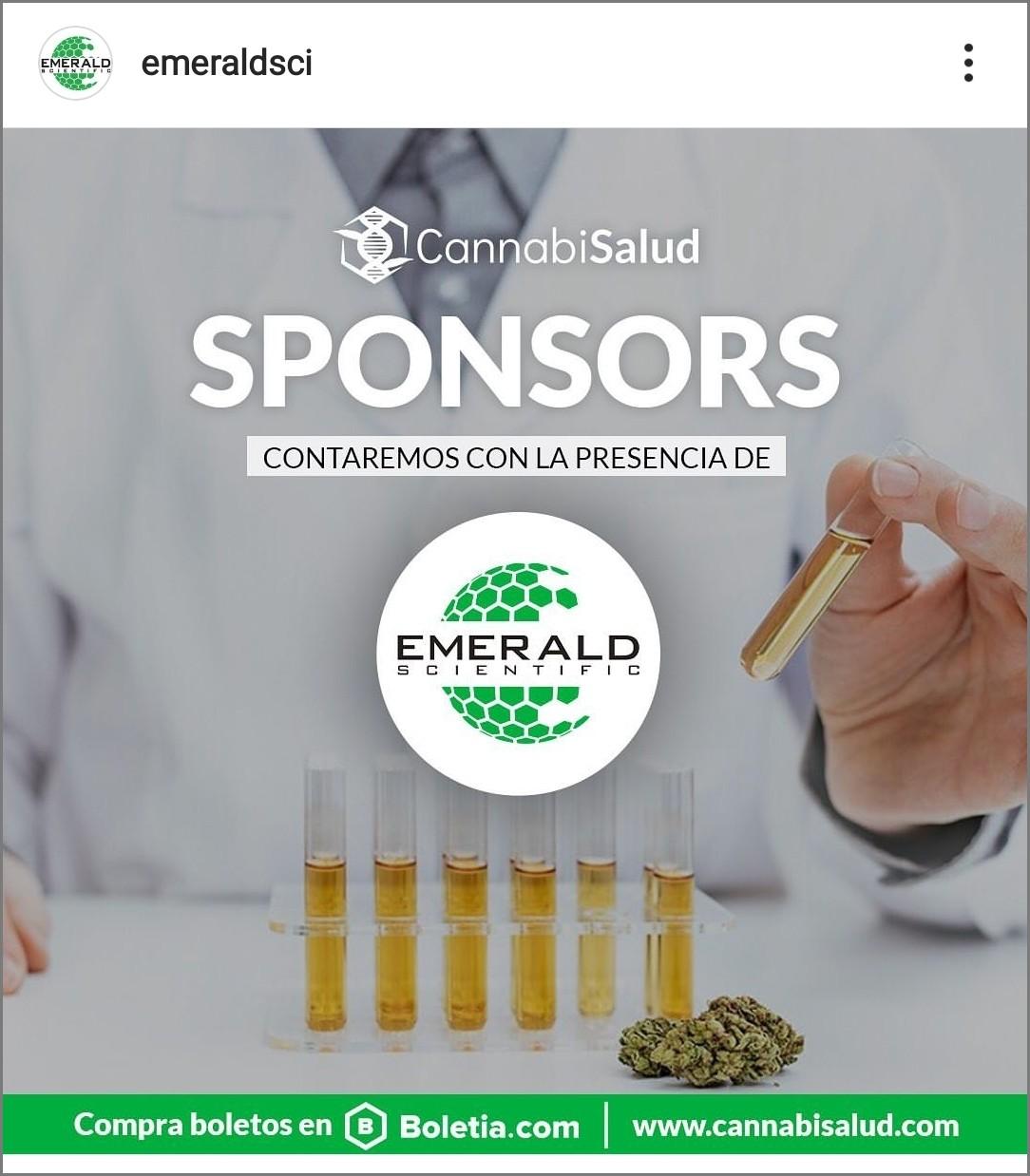 Burk and his company are in Mexico for the same reason other cannabis science and research companies are flocking there. The medical community in Mexico, it would appear, is ready to embrace cannabis. Just recently, on August 20, 2019, the first Mexican Association for Cannabis Research (Amexicann) was formed by scientists to develop protocols to classify the pharmaceutical, medicinal, industrial, and personal uses of medicinal marijuana.

Gustavo Oláiz, chairman of Amexicann, said that his association was founded to help public and private entities to conduct resources and efforts with the objective of investigating cannabis in its possible uses and derivatives, obtaining scientific evidence of its possible benefits, risks and consequences.

The organization first wants to identify the best marijuana genetics for medicinal use, and hemp genetics most effective for industrial use. Amexicann will also conduct medicinal cannabis research to establish their desired balance between the options of hemp, cannabidiol (CBD), or combinations with tetrahydrocanabidiol (THC) for therapeutic use. The organization’s third area of ​​research is in non-pharmaceutical medicinal use of cannabis.

Bridged by cannabis science, the best medical research minds from Mexico and the United States may be the first to develop solutions to the industry’s biggest challenges. Government acceptance of cannabis research, and access to myriad cannabis strains, make Mexican laboratories some of the likeliest to be where frictionless product testing and precise user profile dosing recommendations are both developed. With good protocols, processes, standards, science, and Good Manufacturing Practices (GMPs), cannabis researchers in Mexico can take on the industry’s hallmark challenges of product safety and predictability in outcome.

Research and development of targeted therapeutic applications for cannabis can occur only through rigorous science. New compounds being explored in countries like Israel and Mexico are ripe for this type of robust research and development. “This type of work requires familiarity with and access to specific analytes and complexes,” Burk said, “we are excited to help bridge that gap.”

Andre Bourque is a cannabis industry connector, executive advisor to several cannabis companies, brand strategy advisor, and a cannabis industry analyst. In addition to Benzinga, Andre’s articles have been featured in Forbes, The Huffington Post, Entrepreneur.com, Yahoo Finance, CIO Magazine & ComputerWorld.
You can connect with him at @socialmktgfella on LinkedIn, Twitter, and Instagram.