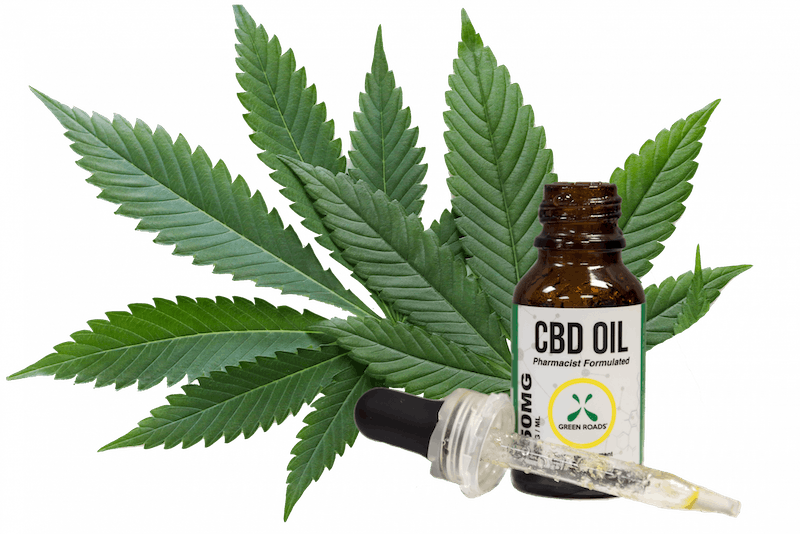 Before her store started stocking cannabidiol (CBD) products, Sanborn wanted to make sure her customers were getting what they paid for.

She decided to order a strong dosage to aid her chronic neck and back pain. If what she ordered showed no effect, there was no way she could support it. The treatment, Sanborn said, was a success.

“As far as pain management goes, this was a huge change in my life,” she said.

Family Video began selling CBD in May. It began with around 70 stores in Michigan and 250 stores nationwide. Sanborn said the products were an immediate success in the Mount Pleasant branch, selling over $1,000 in the first week.

“We started to get people in the store that we’ve never seen before,” Sanborn said. “Lots of people seem excited and wanted to learn about it.”

While most assume video stores have become obsolete, Family Video has been able to adapt to the digital age by adopting the newly legalized CBD market.

Marijuana, hemp, CBD and THC are words that get thrown into the cannabinoid discussion, although the distinction between terms is blurry.

At the basics, CBD is one of many chemical compounds found in different species of cannabis plants.

While CBD can be found in marijuana, it’s mainly extracted from a cousin species: the hemp plant. Unlike THC, which produces the psychoactive “high,” CBD’s effects have been proven non-intoxicating.

CBD has recently been praised for its multiple medicinal properties. According to the National Institute on Drug Abuse, “(CBD) may be useful in reducing pain and inflammation, controlling epileptic seizures, and possibly even treating mental illness and addictions.”

Dr. Tamara Moutsatson of the McLaren Central Michigan hospital has been suggesting CBD products to her patients with back pain or joint pain and tracking its success.

„Eventually (CBD) may end up rivaling Tylenol or Motrin for pain relief,” Moutsatson said. „I’m surprised how many people are trying it without me even suggesting it.”

Previous generations saw all forms of cannabis illegal under the Marihuana Tax Act of 1937 and strictly criminalized in the 70s.

For decades, federal law did not differentiate the hemp plant and CBD from marijuana and THC.

In 2018 hemp growers and CBD manufacturers rejoiced when the federal government struck hemp and its cannabinoids from the list of controlled substances.

Prior to this, the 2014 Farm Bill gave America its first taste of hemp farming. It allowed institutions of higher education and state agriculture departments to grow hemp with permission from the state.

Since then, studies like those from the World Health Organization concluded, “In humans, CBD exhibits no effects indicative of any abuse or dependence potential…. To date, there is no evidence of public health-related problems associated with the use of pure CBD.”

According to Sanborn, CBD sales continued to average around $800 a week and are expected to climb. She predicts that nearly 85% of Family Video’s clientele are CMU students.

Despite legalization by the 2018 Farm Bill, CBD still falls into a legal grey area.

„Law enforcement is learning about CBD regulations as fast as lawmakers come up with them,” Officer Autume Balcom of the Mount Pleasant Police department said. „There are still a lot of unanswered questions.”

The Michigan Department of Licensing and Regulatory Affairs still classify any substance with a THC concentration above 0.3 percent as marijuana. In order for a CBD product to be sold, it must pure and distributed from a licensed grower and processor.

According to Balcom, Family Video and other retailers are able to distribute CBD products with ease because of the low THC levels. Any higher than the legal limit and it would be classified as marijuana.

Therefore, the products sold at Family Video comply with the Department of Licensing and Regulatory Affairs. However, like all marketed CBD products, they are yet to be approved by the Food and Drug Administration.

In June 2018 the FDA approved a CBD treatment for two rare forms of epilepsy called Epidiolex. Aside from this one prescription drug, the FDA has not approved any other products containing CBD.

Without FDA approval, some products are being marketed with unproven medical claims. This may lead consumers to put off important medical care and receive a proper diagnosis. Researchers urge people to consult with a healthcare provider before putting a CBD product to use.

To learn more about their research process and unanswered questions, visit the FDA’s website.

While Family Video was one of the first to sell CBD in the area, the competition has skyrocketed in just a 1-mile radius. Many local gas stations, pharmacies, and smoke shops have begun supplying the new health craze.

The small store has sat on Mission St. since 2000, making the property older than incoming CMU freshmen.

“You hear a lot of companies say they love their customers,” she said. “This is the first place I’ve worked where I can feel it on a daily basis.”

Family Video receives blockbuster movies nearly 30 days before most streaming services. Their catalog is expansive with a wide selection of movies, video games and now CBD products ranging from $3 to $150.

To an outsider, a video store selling CBD products may seem unusual, but the new market is expected to keep the company alive for many years to come.