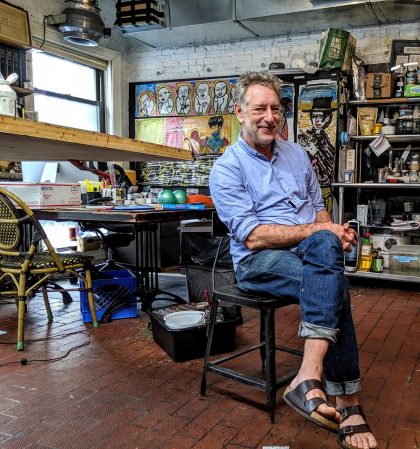 Ron Silver’s first job out of high school in Salt Lake City was growing weed. So you could say his latest venture – developing water soluble cannabis flakes for edibles – is just a continuation of that thread.

“I’ve been committed to weed all my life,” he said. “So when it became an industry, I dove in.”

As the founder of Bubby’s – first in Tribeca in 1990, then in the Meatpacking in 2013 – he was the guy who High Times would call for an order of 500 brownies. That’s when the challenge started. Turns out THC is an oil-based molecule and therefore has to pass through your liver (it’s very well explained by science writers in this blog post, if interested) meaning there’s anywhere from an hour to four hours of lag time, depending on your liver function that day, before you feel the effects.

Silver’s tech makes THC water soluble, so it’s delivered to the cannabinoid receptors one molecule at a time. Within 5 to 10 minutes, you know how high you are getting. 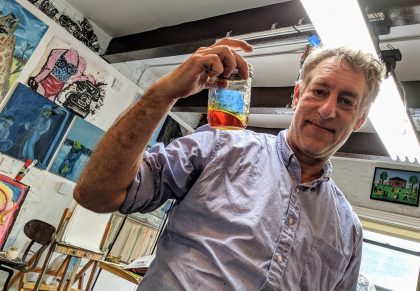 (BREAK FOR NEWBS LIKE ME: Cannabinoids are what you call the 100+ drug-like compounds found in the cannabis plant. THC (tetrahydrocannabinol) and CBD (cannabidiol) are just two of them – but they are the faves. Marijuana has a lot more THC than CBD, and the two compounds also work with different receptors in your body, that’s why one makes you high and one just gives you a sense of well-being. Both are oil-based.)

It’s a win-win. “You can take less and have complete control.”

Silver is from Salt Lake City, and by 8th grade, he was barely going to classes. But he was always diligent and always good at studying – when he finds a topic he loves, he digs deep. When he found out there was a big problem in edibles, he started brushing up, and looking for a solution.

He’s been working on his formula for six years – applying it, playing with it, getting the tech up to speed. He now sells his flakes to edibles producers in states where it’s legal, works as a consultant and is starting to look at ways to sell CBD flakes all over the world. He has three patents pending, and I am starting to think of him as the neighborhood’s mad scientist. (It’s illegal to cook with it in NYC, FYI.)

It also serves his broader weed-driven mission: to de-stigmatize cannabis. Weed, he notes, has lots of other uses, where as booze has only one.

For those of you starting to sweat about losing your source for pancakes, not to worry. Even with his global travels (there are six Bubby’s in Japan) it sounds like Tribeca is Silver’s spiritual home (“I remember standing on the corner of West Broadway and N. Moore and thinking, ‘This is the most powerful spot on the planet. It has the smartest, best people – all of them lovely, open, willing to talk about anything.”) This is almost a hobby, a distraction, while painting and Bubby’s are his true loves.

“I make art and I run Bubby’s,” said Silver. “I’ll never step away from Bubby’s. I was born there.” 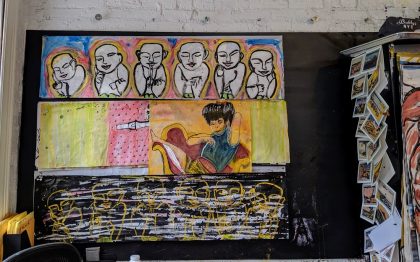 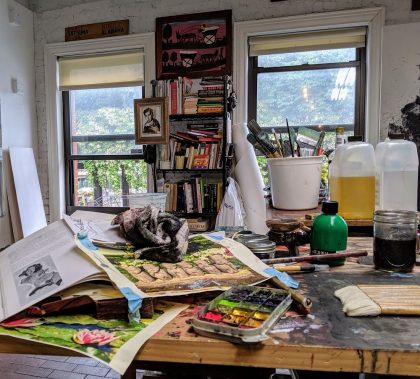