Cannabis could ease the symptoms of depression and thoughts of suicide in people with post-traumatic stress disorder (PTSD), according to research.

The study involved 24,089 people aged 15 and above, who filled out the 2012 Canadian Community Health Survey on Mental Health. 420 of the participants had been previously diagnosed with PTSD, a form of anxiety disorder triggered by traumatic experiences such as violent assaults, serious health problems and accidents.

People with the condition may have debilitating symptoms where they relive the traumatic experience in flashbacks or nightmares, struggle to sleep or concentrate, and have physical reactions such as sweating, pain, and nausea. Treatment can involve psychological therapies, such as cognitive behavioural therapy or eye movement desensitization processing, and taking antidepressants.

Of the 420 PTSD patients who took part in the research, 106—or 28.2 percent—said they had used cannabis in the past year, versus 11.2 percent of participants without the condition.

The authors wrote in the paper published in the Journal of Psychopharmacology that their work provides preliminary evidence „that cannabis use may contribute to reducing the association between post-traumatic stress disorder and severe depressive and suicidal states.”

Stephanie Lake, a research assistant at the British Columbia Centre on Substance Use (BCCSU), who lead the study, said in a statement: „We know that with limited treatment options for PTSD, many patients have taken to medicating with cannabis to alleviate their symptoms.”

„However, this is the first time that results from a nationally representative survey have shown the potential benefits of treating the disorder with cannabis,” added Lake, who is also a PhD candidate at the University of British Columbia (UBC).

M-J Milloy, research scientist at BCCSU and professor of cannabis science at UBC, who co-authored the study, commented in a statement: „We’re only just beginning to understand what the therapeutic potential of cannabis may be for a variety of health conditions.

„These findings are promising, and merit further study in order to fully understand the benefits of cannabis for people living with PTSD.”

It has not been determined whether cannabis can help or hinder people with mental health problems.

Last week, a separate team of scientists published a study concluding there is not enough evidence to show that cannabinoids, a chemical compound found in marijuana, help treat the symptoms of PTSD, as well as depression, anxiety disorders, attention-deficit hyperactivity disorder, Tourette syndrome, or psychosis.

Following a review of existing scientific literature published in the journal Lancet Psychiatry, scientists also concluded there is „very low quality” evidence pointing to pharmaceutical tetrahydrocannabinol, the psychoactive ingredient in cannabis, improving symptoms of anxiety in people with other medical conditions.

If you have thoughts of suicide, confidential help is available for free at the National Suicide Prevention Lifeline. Call 1-800-273-8255. The line is available 24 hours, every day. 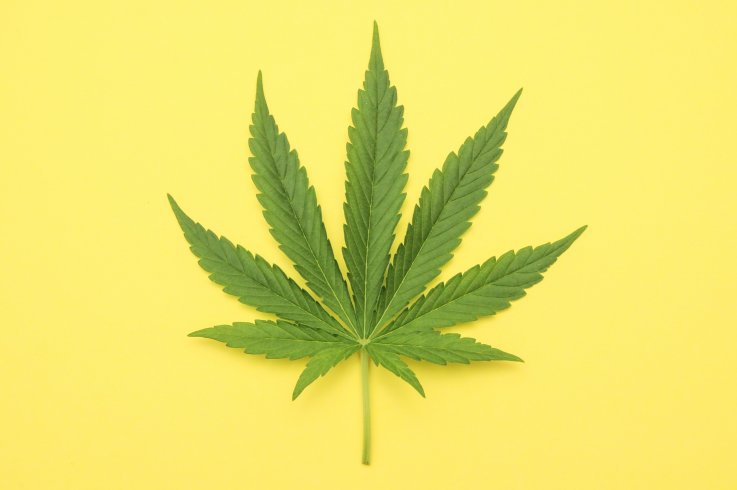 A stock image shows a cannabis leaf. Researchers have investigated whether the drug could be used to help people with PTSD. Getty