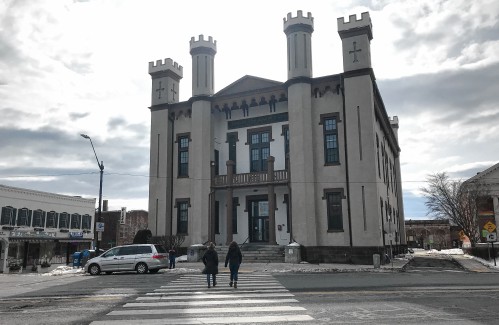 NORTHAMPTON — Municipalities across the commonwealth, including Northampton and Easthampton, have received subpoenas from the U.S. Attorney’s Office related to agreements they made with marijuana companies that have applied for a retail license in their cities or towns.

The Boston Globe reports the grand jury convened by U.S. Attorney Andrew Lelling is part of a larger effort by federal prosecutors to curb local corruption related to the cannabis industry.

“Our legal counsel has already discussed this matter with the United States Attorney’s Office and we know of no wrongful conduct, or even an allegation of such conduct, by any current or former City of Northampton official or employee or by any business in connection with the cannabis industry in Northampton,” Mayor David Narkewicz said in a statement Tuesday.

LaChapelle said her city also is cooperating with federal authorities.

The cities received subpoenas from Assistant U.S. Attorney Mark Grady on Friday to testify before a grand jury in Boston on Nov. 14. Documents requested include drafts and final versions of host community agreements, communication between the municipality and cannabis companies, and records from public meetings related to the agreements, according to a document provided by Narkewicz.

Contracts between municipalities and marijuana retailers have been criticized on the grounds that local officials often demand more money than allowed under state law.

Currently, Northampton has agreements for adult-use marijuana retail licenses signed with 10 different companies, the most recent of which was signed last week. In all of those contracts, the marijuana retailer pays 3 percent of its gross revenue from product sales to the city, plus a $10,000 contribution to one or several nonprofits “for the purpose of marijuana education and prevention programs to promote safe, legal and responsible use.”

The city also has six contracts signed for product manufacturing, two for cultivation and one for a testing laboratory.

Lelling’s office is already prosecuting former Fall River Mayor Jasiel Correia, who in September was charged with extorting hundreds of thousands of dollars from marijuana companies.

Material from The Associated Press was used in this report.

Greta Jochem can be reached at gjochem@gazettenet.com.