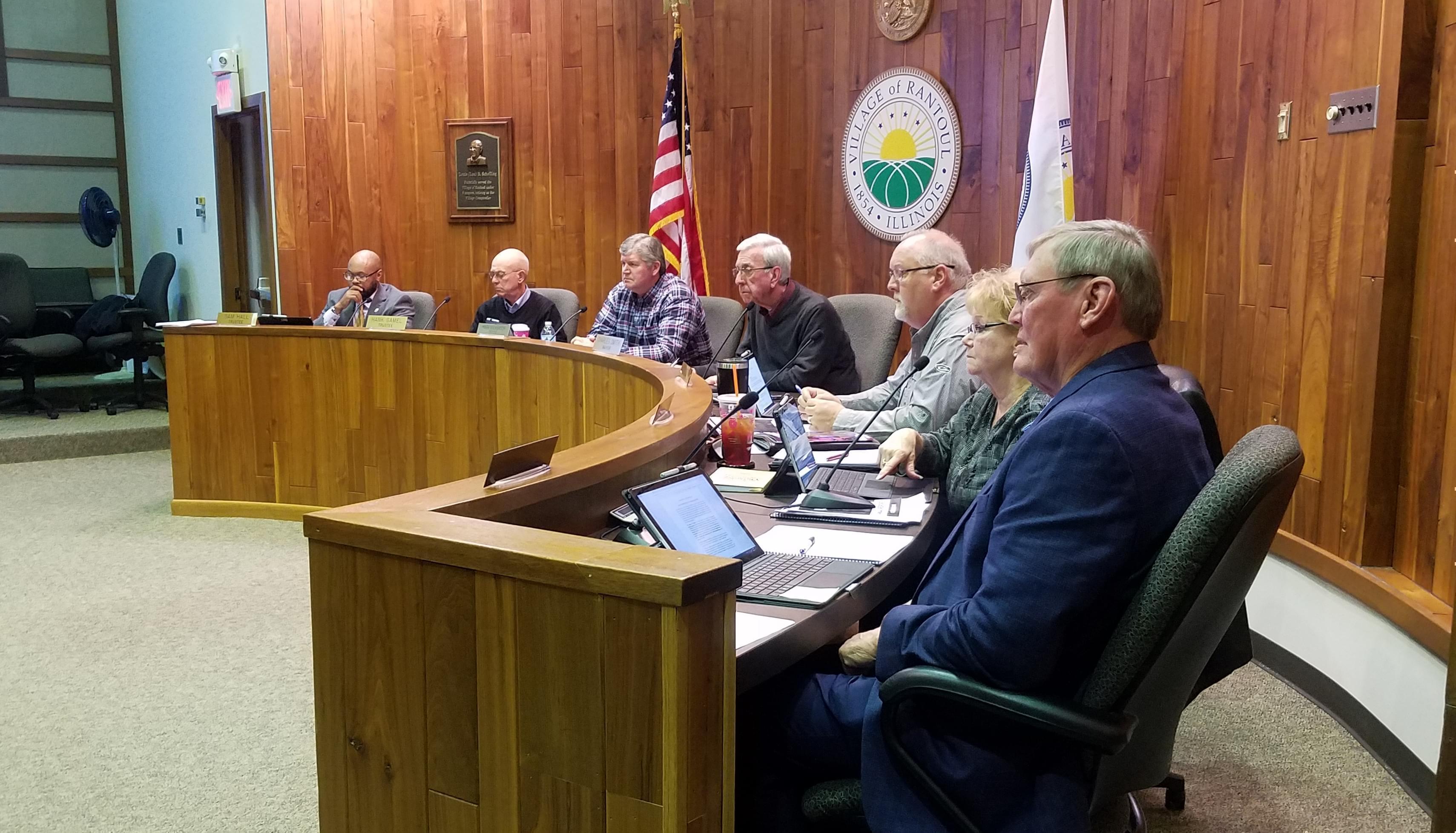 Then Rantoul Village Board, at their November 5 study session, where they decided to advance a cannabis business ban for a final vote next week.

A ban on cannabis business establishments in Rantoul will come up for a final vote at next Tuesday’s village board meeting. Rantoul trustees agreed at Tuesday night study session to move a proposal forward to block any businesses involved in selling, growing, processing or transporting marijuana.

If the ordinance is approved at the November 12 meeting, Rantoul will join nearby Fisher in deciding to bar cannabis businesses from opening within their borders, even as nearby Champaign and Urbana prepare to host recreational marijuana dispensaries operated by existing medical cannabis businesses.

Mayor Chuck Smith says the majority of public comment on the issue — especially at an earlier study session in September — has opposed allowing cannabis businesses in Rantoul. Wilson says he’s ready support keeping such businesses out, even though he’s not certain that all the fears about legal cannabis businesses are warranted.

“I think that this has the potential to have a good result as well,” said Wilson. “But for right now, I think we’re going to take the position that we want to pull back and just wait and see how this is all going to develop in the future.”

Trustee Terry Workman says he favors a cannabis business ban, because he believes it will help promote a family-friendly image for Rantoul. He said that would be in keeping with the village board’s vote last month to build a $20 million sports complex, meant to attract athletes, especially youth, from the surrounding region.

“This is a whole community image that we’re trying to portray, with our sports complex and the way we want our community to be,” said Workman, “and I just think this is something we need to do.”

Village Administrator Scott Eisenhauer, who presented the proposed ban to the village board, said that even without it, it might be a few years before anyone seeks to open a cannabis business in Rantoul. That’s because the state plans to authorize licenses for such businesses gradually, and because cannabis businesses may seek to locate in larger communities before they look at Rantoul, which had an estimated population of 12,691 in 2018.

Eisenhauer added that even if the village board bans cannabis businesses now, the board could reverse itself in the future, if trustees change their minds about the risks and benefits.

No matter what Rantoul trustees decide about cannabis businesses next week, adult residents of the village will still be able to legally possess and use marijuana for recreational purposes, when the state’s new cannabis law takes effect January First.

And Rantoul residents will be able to bring in cannabis from legal recreational dispensaries elsewhere, including ones expected to open in Champaign and Urbana. In addition, Danville and Paxton, two towns in neighboring counties, have approved sales taxes for cannabis sales, and Phoenix Farms LLC is seeking a permit to open a dispensary in Danville.