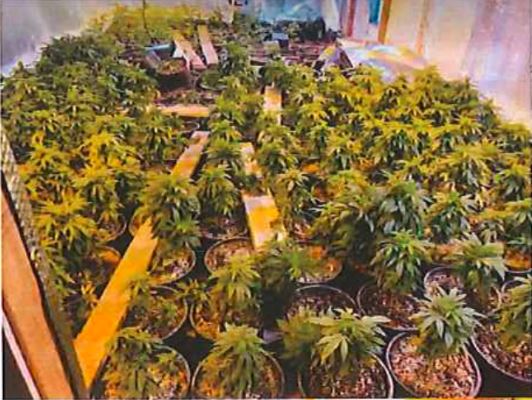 Looking for a financial windfall, city officials pushed for a slate of medicinal cultivation facilities for more than a year, but those dreams were dashed when protesters from  neighboring cities filed a slew of lawsuits against the entrepreneurs and city. The plans for multiple legal grow houses were spiked and the protesters threatened a ballot initiative to ban cannabis entirely, but that faltered in March.

Now another cannabis initiative has made its way to officials’ desks. If its proponents succeed, the El Monte municipal code won’t simply allow the cultivation of medical cannabis, but retail too, as well as storefronts for both, which have never been allowed in the city.

After collecting thousands of signatures, organizers Johnny Wong and Rosalina Nava submitted two ballot measures to the El Monte City Clerk last month: one to legalize cannabis operations and another to tax them.

The pair collected “at least 5,800 signatures” for each measure, according to a statement. Those have been submitted to county election officials for verification. The proponents will know if they hit the needed 3,687 signatures — equal to 10% of registered voters — by month’s end, officials said.

While stopping short of saying he’d vote for the ordinance if it makes it to the council, Mayor Andre Quintero said he’s consistently wanted “to allow a legal market within the city. I’ll have that in mind when I make my decision.”

He is impressed with the organizers’ efforts to collect so many signatures. “If they are verified, that’s going to be a compelling argument for them to make: The residents in our community are asking us to legalize this.”

The new cannabis operations would come with the same restrictions any would-be medical cultivators would have to abide today: 24-hour security guards, camera systems that can be accessed by the El Monte Police Department, odor filtration technology, and mandatory product testing to “ensure public health and safety,” according to a ballot summary written by City Attorney Rick Olivarez.

Additionally, businesses wouldn’t be allowed to setup shop within 800 feet of a school, day care, youth center or park, it says.

But, there’s a hitch: Only six permits would be allowed in the city for any kind of cannabis business and the only people who can apply for them are applicants who tried to get a medicinal permit prior to Sept. 19.

Attorneys for the initiative’s proponents could not be reached for comment.

In the past month, the El Monte PD has targeted two illegal marijuana providers, one involving an illicit grow house and another where police seized thousands THC vape cartridges from a warehouse, Quintero said.

“There is a market for (cannabis),” he said. “We need to make sure that it’s a legal market that flourishes, not an illegal one.”

He credited the strong anti-marijuana movement with the possible success of these future ordinances.

“Because of the vociferous opposition, it accelerated the desire to have a legal market for commercial cannabis regulations in the city,” he said. “The beauty of this is that people can choose whether or not to consume these products. It’s not mandatory. People can choose.”