Every year on Veterans Day I receive numerous text messages, phone calls, and social media posts thanking me for my service. I am incredibly grateful to live in a community and state like Hawaii that goes to great lengths to take care of its veterans. 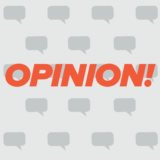 That being said, many veterans, such as myself, feel disillusioned by our country due to the employment and housing discrimination we face.

My name is Kevin Martin, and I’m currently a 29-year-old graduate student at the University of Hawaii Manoa. Prior to graduate school, I enlisted in the U.S. Army from 2010-2013. During that time, I spent 11 months in Kandahar, Afghanistan, where I received a Purple Heart for traumatic brain injury.

At the time I was just happy to be alive and in one piece. Surviving blasts like that at a young age made me think that I was invincible, but over time, I have been proven wrong. 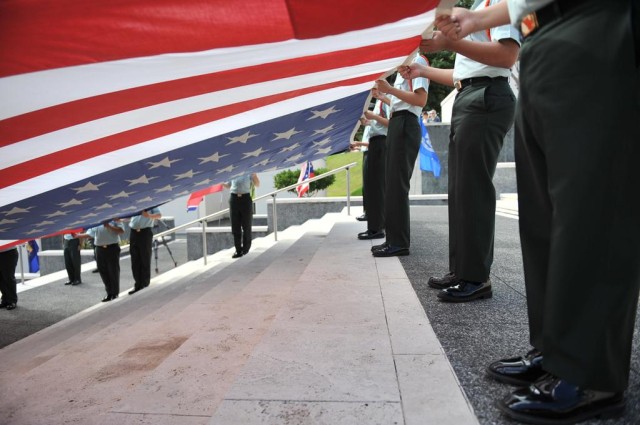 A Veterans Day ceremony at Punchbowl in 2011. Medical cannabis can help many veterans with service-related illnesses, yet many face employers who won’t hire them because of antiquated drug laws.

Living with TBI can entail daily migraines, anxiety, and chronic depression. When I first began feeling these symptoms in 2014, I went to the VA and began seeing a psychiatrist. Over the next few years, that first prescription for anti-depressants eventually evolved into a daily “cocktail” of prescription drugs.

None of these drugs seemed to help and for every one prescription I took, I needed another to counter-balance it. The irony behind this is that although I was prescribed these ineffective and addictive drugs, which did affect my work output, no employer could legally discriminate against me for using them.

It did not take long for me to realize that I could not live like this. The drugs that I was prescribed not only had no beneficial effects, but they began to ruin my life. I was scared, hopeless, and wondering if there was ever going to be any way that I would be able to function again.

Thankfully, after a candid conversation with a classmate of mine, I was referred to Dr. Tom Cook of Beyond Mental Health.

The Problem With Schedule I

I have been a patient of Dr. Cook’s over 18 months now. Dr. Cook has helped me get off the harmful and addictive drugs that I had been prescribed for years. After just a few months of undergoing a variety of progressive psychiatric treatments with Dr. Cook I now feel happier, healthier, and more optimistic about my future than I have in years.

Even so, for the past two summers, I have had to stop using cannabis for employment drug testing and screening. Each time I stopped using cannabis the symptoms of TBI caused me a great deal of discomfort.

After doing this two summers in a row, both Dr. Cook and I no longer believe it is in my best interest to stop using cannabis.

Because cannabis is still a Schedule I drug, its medical use is not covered by the Americans with Disabilities Act like other prescription medications. Therefore, this allows employers to legally discriminate against disabled veterans and prevent us from entering the workforce for using medical marijuana.

To make matters worse, many of these same companies receive large tax breaks for hiring veterans as long as they’re willing to stop using medical cannabis.

There are currently 108,022 veterans that are residents of Hawaii.

Regardless, what is the point of allowing doctors at the VA to prescribe medical marijuana to veterans if employers can still legally discriminate against us using our prescribed medicine?

There are currently 108,022 veterans that are residents of Hawaii.

For many of Hawaii’s veterans, the main reason why they do not obtain a 329 card (a medical cannabis patient card) is that it will not protect them from employment discrimination.

Regarding this dilemma, Dr. Cook states, “Many of my patients are veterans that use cannabis for medicinal reasons. These same veterans are highly functioning individuals who contribute in a variety of meaningful ways to our community. It’s a travesty that for these veterans, the very thing that helps them also relegates them to the sidelines of society.”

The state of Hawaii should set an example to other states by passing legislation protecting veterans from employment discrimination for medical cannabis use. Having a stable career and property — the latter being contingent on reliable income — have long been a bedrock of the American dream and is the only form of appreciation that veterans deserve.

I believe we can do better as a state and as a country and for one another. It’s time to put an end to medical cannabis discrimination.

Sign up for our FREE morning newsletter and face each day more informed.