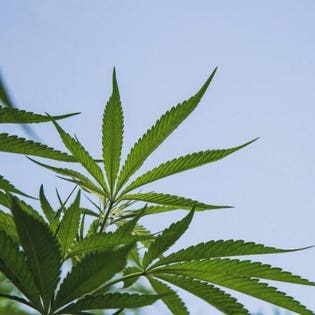 I’ve never smoked a joint. I don’t use cannabidiol (or CBD). The only hemp-related product I’ve ever purchased was some string for a school project my child was doing, and that was only because it was all they had at the store.

Yet, over the past couple of years, I’ve become an expert in cannabis and the issues that it has created for real estate settlement service providers. As an attorney representing many companies in the industry, I get asked on a weekly basis if it is OK to handle a real estate transaction in which cannabis is involved.

At first, I really had no idea what to say. After all, the Drug Enforcement Administration still classifies cannabis as a Schedule I drug. That means, according to the federal government, there is no accepted medical use for cannabis, and there is a high potential for abuse. This also means that the U.S. Department of Justice considers possession of cannabis in any form a crime.

Indeed, federal drug trafficking laws impose the punishment of imprisonment for up to five years and fines of up to $250,000 for possessing one kilogram or less of cannabis or for growing even one cannabis plant. Knowing this, my answer to settlement service providers as to whether it was OK to do a transaction related to cannabis should be an emphatic no.

But the actions of more than half of U.S. state governments legalizing cannabis for medical use have created a need to grow, produce and distribute cannabis. If you combine this with the lack of enforcement of federal drug laws due to contradictory laws — such as the Rohrabacher-Farr amendment, which prohibits the Department of Justice from spending funds to interfere with the implementation of state medical cannabis laws — a need for settlement services cannot be ignored. These factors put pressure on settlement service providers to accommodate cannabis-related real estate transactions.

After doing extensive research on when it’s legally acceptable to advise people on how to accommodate cannabis transactions, my answer when asked if a client can do a cannabis-related transaction is still generally no. You see, pursuant to the Bank Secrecy Act (BSA), federally insured banks are required to report certain transactions to the federal government, with the intent of detecting and preventing money laundering. Since cannabis is still a Schedule I drug, I’ve seen that funds associated with it are considered “dirty,” so putting them in a federally insured bank is therefore problematic.

The U.S. Department of the Treasury regulates this area of the banking law through a division called the Financial Crimes Enforcement Network (or FinCEN). In 2014, relying on the Cole Memo — a memorandum issued by the Department of Justice that indicated a lack of support for the enforcement of federal drug laws against cannabis-related industries where the activities had been legalized or decriminalized by a state government — FinCEN issued guidance “on how financial institutions can provide services to marijuana-related businesses consistent with their BSA obligations,” according to FinCEN’s website. In January of 2018, the Cole Memo was rescinded by then-Attorney General Jeff Sessions, but the FinCEN guidance has remained.

As such, the most recent “Marijuana Banking Update” issued by FinCEN reporting on activity through June 30, 2019, indicates that 553 banks and 162 credit unions are actively providing banking services to marijuana-related businesses.

Pursuant to the Federal Deposit Insurance Corporation (FDIC), there were 5,406 insured depository institutions at the end of 2018. That means that approximately 10% of the federally insured banking industry actively handles cannabis-related funds. Of those, I’ve found that many do not advertise their activity publicly. As such, for the average real estate settlement service provider, finding a bank to accept their cannabis-related funds is difficult (if not impossible).

Both at state and federal levels, actions are being taken to try to resolve these issues to make transacting in the cannabis arena easier. But no law to date has removed the challenges associated with cannabis to a point that the average bank or insurance company feels comfortable working in the cannabis space.

Despite all these challenges, it is possible to accommodate a cannabis-related real estate transaction through traditional banking and insurance channels if one knows the right institutions with which to work. Navigating the legal minefield is a true challenge, and proper legal guidance is highly recommended to minimize the plethora of risks associated with handling a cannabis-related real estate transaction.

For those brave enough to move forward, there are some key factors to consider.

First, are you in a regulated or licensed industry? What is your regulator’s opinion on the legality of you and your business working in the cannabis space? Once you answer those questions, consult with your bank and insurance company on their willingness to accommodate you working in this space. Finding support in both of these areas is often quite challenging.

Also, don’t assume the information provided to you on a specific client or transaction is accurate. Independent vetting of cannabis clientele and projects must be completed. Verify licenses, licensability, lease terms, covenants and whatever else would be pertinent for completion of your assignment.

Most importantly, appreciate the risks. Because cannabis is still illegal at the federal level, there is a risk of raids, seizures, regulatory sanctions, arrest and prosecution. This risk should not be ignored.

As a result, whenever a client in this industry is engaged, the scope should be limited, the legal risks should be explained and a good retainer fee should be obtained. Then, bill and collect promptly. Cash is king in the cannabis world.