New York has long enjoyed a storied reputation for being a forerunner when it comes to progressive attitudes. However, unlike its West Coast counterpart, California, that liberalism does not apparently extend to cannabis. 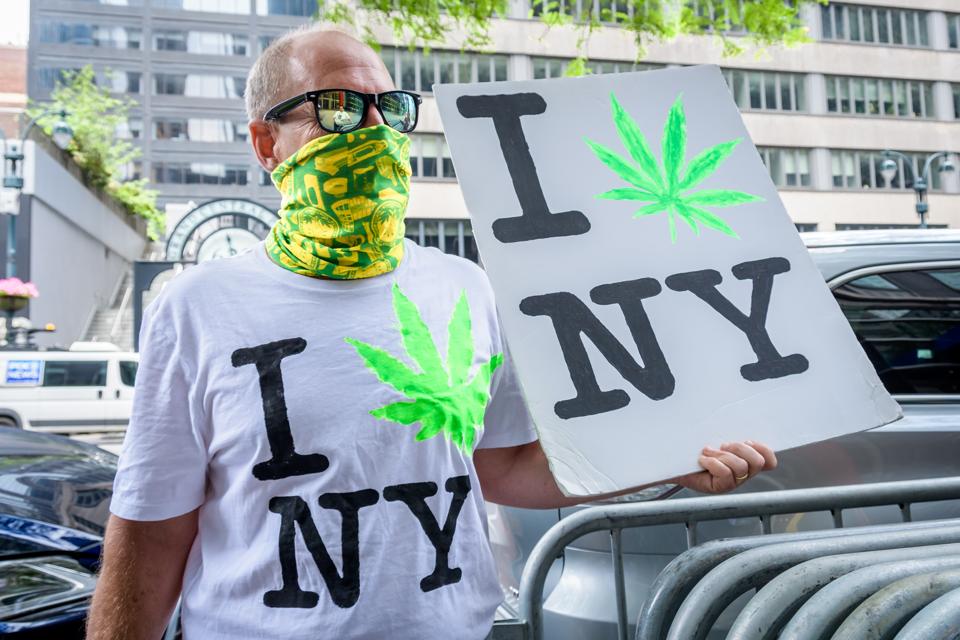 Although New York did legalize medical marijuana in 2014 with the passage of the Compassionate Care Act, the current reality of this state’s painfully small market offers further proof of the baffling paradox. In a state of nearly 20 million, there are only 10 licensed medical marijuana businesses. For such a populous state, this is a staggering low figure. Jeanne Sullivan, a New York-based general partner for The ArcView Group, a leading marijuana research and investment firm, said there are many reasons for this dearth of licenses. For one, it’s very expensive to get a license, so much so that many New York entrepreneurs have had to relocate to other markets simply to grow their business.

„The last one I know about that changed hands went for $60 million, far beyond the reach of most individual entrepreneurs,” said Sullivan. As a result, most of these licensed medical marijuana businesses in New York are controlled by larger multistate operators (i.e. MedMen). Yet, even with these ostensibly financially advantaged Goliaths backing these businesses, the market is still struggling in the Empire State. Countering that is an illicit market that some say is arguably the largest in the country.

At the end of 2017, New York’s top-line sales numbers for the legal medical marijuana market was $40.9 million, according to figures provided by Sullivan. Now compare this to Arizona, which has a population of 7.1 million (a third of New York) and racked up for the same time period $406.7 million in top-line sales for its medical marijuana market. That’s quite a shocking disparity. Or as Sullivan pointed out, „Because New York thinks we’re dealing with plutonium and not a plant.” 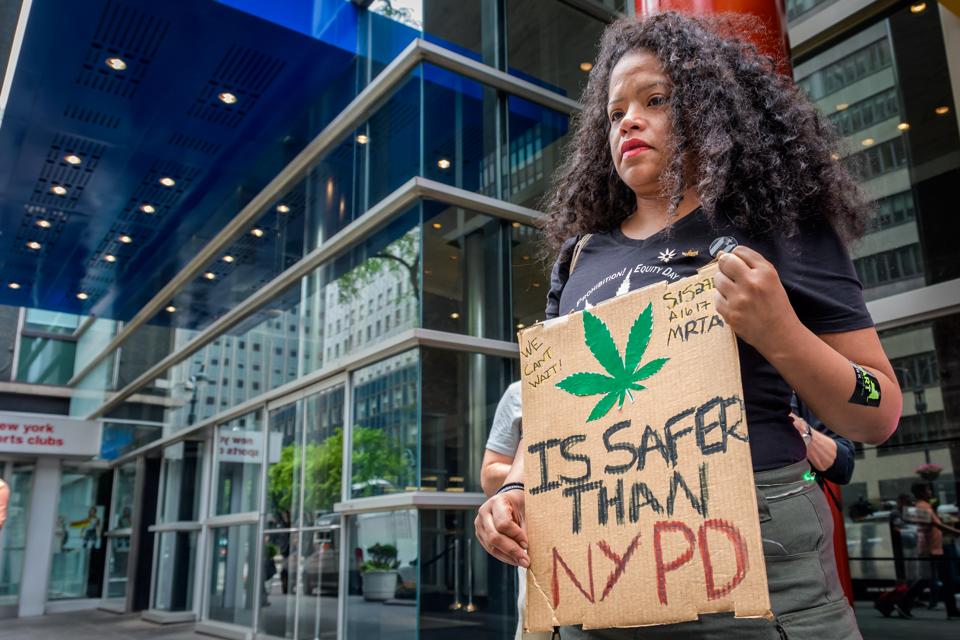 In addition to Sullivan, other experts cite the state’s troubled history with cannabis, as exemplified by the old draconian Rockefeller Drug Laws, as another reason for the anemic medical marijuana sector. Signed in 1973 by then New York Governor Nelson Rockefeller, this legislation was known for handing down long prison sentences for those found guilty of selling small amounts of cannabis. Although drug reform legislation in New York signed under various New York Governors, starting with George Pataki in 2004, moderated the harshness of the conviction penalties, the battle scars from the proverbial “War on Drugs” still linger deep in the state psyche. The notorious and much vilified “Stop and Frisk” laws enacted and enforced under former Mayors Rudy Giuliani and Michael Bloomberg (now being softened under Bill De Blasio), which critics have blasted for being racist, certainly didn’t dispel the already deeply entrenched aversion New York law enforcement has toward cannabis.

When asked why the state still hasn’t legalized adult-use cannabis, Ryan Smith, a co-founder and CEO of LeafLink, a New York City and Los Angeles -based wholesale cannabis marketplace, summed up his confusion: „No one is really sure, and it makes no sense.”

Currently, in New York, medical cannabis cannot be sold as edibles or flower, both of which are hugely popular forms of consumption in other markets. They can only be sold in liquid or oil delivery form. Due to these restrictions, New York dispensaries sell a very limited number of products and all of them are expensive. And with taxes being very high and the customer base not enough to cover expenses, let alone generate profits, the medical marijuana market is stuck in an impasse: It exists but regulatory burdens are squelching the life force of the market, preventing it from being truly competitive with others out of state.

The state could benefit from the windfall to be gained from adult-use legalization. Recently, New York City Comptroller Scott Stringer estimated that the adult-use market could yield tax revenues of as much as $1.3 billion total at both the state and city levels. Crunching these prospective numbers, it’s no surprise that Governor Andrew Cuomo has been trumpeting the horn for legalization, despite opposition from some Albany lawmakers. Earlier this year, Cuomo’s push toward legalization got derailed after he announced that a bill legalizing cannabis failed to be included in the upcoming budget. At least, that was the official reason for the stonewalling. 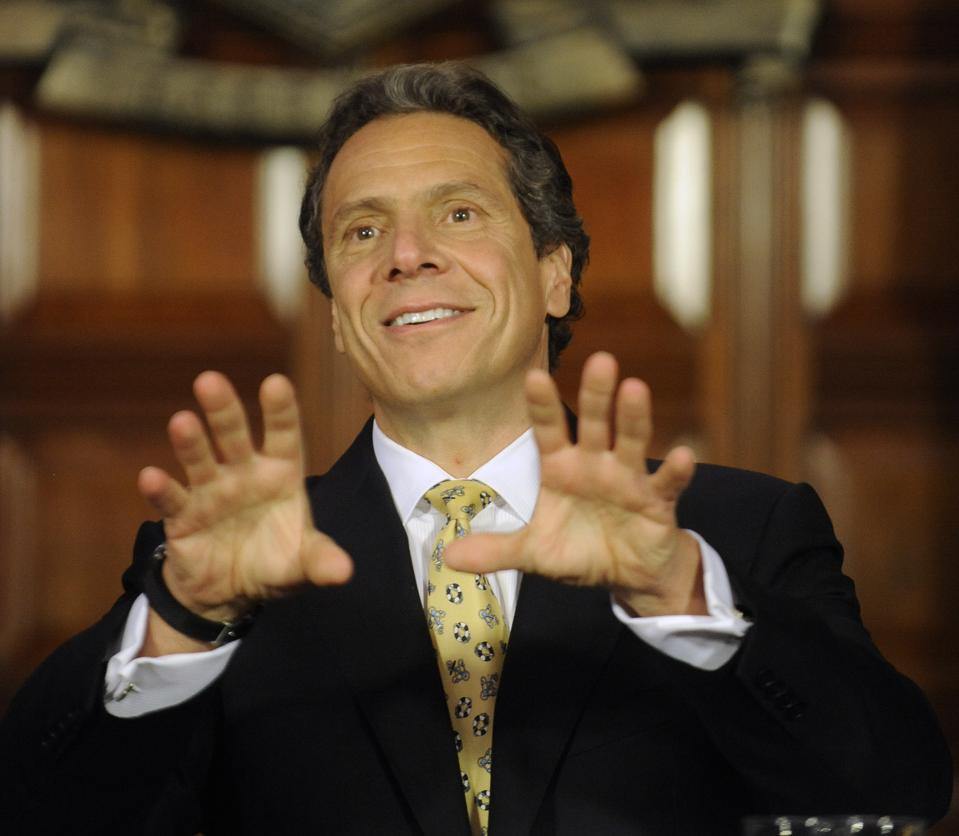 New York Gov. Andrew Cuomo speaks during a news conference at the Capitol in Albany, N.Y., on … [+] Monday, June 4, 2012. Cuomo is proposing the decriminalization of the possession of small amounts of marijuana in public view. (AP Photo/Tim Roske)

There is hope that the tide may be turning in favor of legalization. Last month, Governor Cuomo participated in a summit with other governors from East Coast states where they discussed vaping and marijuana legalization. The premise for the meeting was to make sure that once legalization begins, all these neighboring states will impose uniform legislation to pre-empt residents from crossing the border to buy their quota of cannabis.

LeafLink’s Smith thinks that once one of these states, which include New Jersey, Pennsylvania and Connecticut, begin legalizing adult-use, it will trigger a domino effect, just like it did with the West Coast. “It’s obviously several years behind,” he reflected, “but there is that momentum building.”