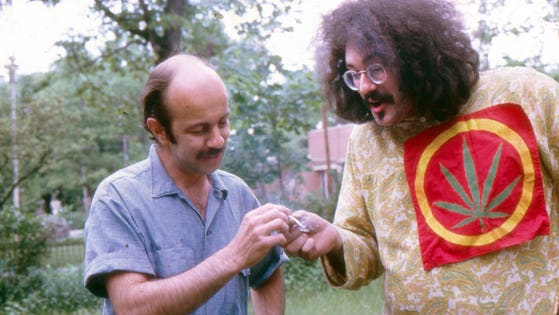 Residents of the state of Michigan will be able to legally purchase cannabis from retail establishments beginning December 1, the state Marijuana Regulatory Agency (MRA) announced yesterday.

According to an MRA advisory bulletin entitled, Transfer of Marijuana Between Equivalent Licenses, the Emergency Rules for Adult-Use Marihuana Establishments (promulgated on July 3, 2019), allow a person to obtain equivalent licenses and when those equivalent licenses have common ownership, to operate at the same location.

The person holding equivalent licenses is subject to Rule 32 of the Adult-Use Marihuana Establishments administrative rules. “Equivalent licenses” means any of the rules held by a single licensee.

Businesses seeking a license to cultivate upwards of 1,000 plants, manufacture or sell cannabis must currently be licensed under the state’s medical marijuana licensing rules.

Businesses that currently hold existing medical marijuana licenses and are pursuing equivalent adult use licenses may transfer up to 50 percent of their legal medical cannabis inventory, to the adult use market, according to Gus Burns for mLive.

“Any finished products currently for sale in medical dispensaries, must have been in the business inventory for 30 days or more before being sold to non-medical customers,” Burns writes.

Bruce Linton, executive chairman of Gage, which operates a cannabis dispensary in, Ferndale, Michigan, sends his best wishes for the holidays along with the new legislation. “Happy Hanukkah, Merry Christmas and what a great New Year for those in Michigan that gain employment directly or indirectly when governments stop ignoring and start regulating, educating and monetizing cannabis,” Linton said exclusively to Sara Brittany Somerset for forbes.com.

Marijuana Regulatory Agency spokesman David Harns believes that the state’s approach will „allow for a transition to the adult use market as we estimate that there will be around a dozen or so licensees who would be eligible on Dec. 1.”

“Similar to the medical market, we expect it be a slow build out as the production of plants and products increases. This will create an environment where businesses can supply the market as quickly as possible,” he continued.

With the current regulation, state officials have scrapped their previous plans to legalize adult use cannabis consumption in 2020. Their original intention was to legalize after the next cultivation cycle, in order to curb on market shortfall. It appears that state officials are now racing to market and allowing for the inventory split, due to consumer demand, rather than implement a slower rollout. It remains to be seen if this will cause a run on the market and a subsequent inventory shortage among Michigan’s dispensaries.

“We continued to watch how the medical supply was looking and asked ourselves what was the best way to allow access to the adult use market,” Harns said. “By only allowing a transfer of 50%, it will keep production and sales on the medical side moving as well.”

To date, no adult use licenses have been issued; however applicants are being notified of their status.