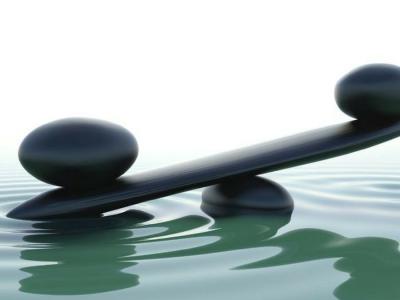 Vaporizing or ‘vaping’ refers to heat-induced liquid aerosolization using a battery-powered device. Vaping Associated Pulmonary Injury (VAPI) has affected over 2,000 Americans and taken 39 lives as of November 5th, 2019. The Centers for Disease Control and Prevention recently named Vitamin E Acetate as a ‘strong culprit’ while also stating that their findings do not rule out other possible compounds and causes of lung injury. Simply put, the CDC has yet to identify a central cause for the increasing morbidity and mortality caused by vaping across the United States.

The perception that vaping is a healthier alternative to smoking along with use across multiple product types (tobacco, cannabis, dimethyltryptamine, methamphetamine)has led to a marked rise in popularity in recent years. Vaporizers are discreet, convenient, effective, feature rapid onset and can incorporate additives to exhibit varied flavor and effect profiles. They are also often marketed as an aid to smoking cessation. Second only to combustion, vaporization remains a highly popular ingestion method for nicotine and cannabis despite recent safety concerns arising from the increase in VAPI.

There are various factors one must consider as potential causes of injury:

Extract Quality: Cannabis is a powerful phytoremediator and bio-accumulator, and as such is highly effective at absorbing and retaining chemicals and heavy metals from its environment.For this reason, it was introduced as a nuclear toxicity remediator at Chernobyl nearly three decades ago.

Residual pesticides, heavy metals and microbial contaminants become concentrated during the extraction process and can cause severe damage to lung tissue and body function. It is thus vital that all cannabis intended for consumption be tested by a reputable independent testing agency, further supporting the case for industry regulation. Hemp-derived CBD pens are less regulated than their non-hemp cannabis (NHC) counterparts, increasing the need for NHC regulations in this area to be applied to Hemp covered by the Farm Bill.

Dilution: Profitability and performance incentivizes manufacturers to reduce product viscosity. Thinning diluents, used in vaporizer pens to reduce clogging, often don’t make it onto an ingredient list. Thickening agents, used as a lower cost replacement for plant extract, are rarely listed as an ingredient. Both additives have the potential to cause harm to our lungs. Manufacturers often cite a desire for an all-natural product and use Medium Chain Triglycerides (MCT) derived from coconut or palm oil as thinning agents. While these may seem harmless to consume, their chemical nature when vaporized can be harmful to lung tissue and has been known to cause lipoid pneumonia.

Terpene Enhancements: A large number of manufacturers incorporate cannabis or food-terpenes into vaporizer products to provide therapeutic effect and flavor. At high levels of concentration, the most well-intentioned company could introduce risk of lung injury. Additives such as Vitamin E are sometimes incorporated to improve the stability of food-derived terpene blends, and cannabis companies are often unaware of its presence. Vitamin E is not readily cleared from lung tissue and may lead to accumulation over time.

Substance Formation: The constant heating and cooling of a vaporizer’s contents can promote chemical reactions and even form new substances that were never intended to be part of the original formulation. Cartridge contents may thus vary significantly from what is ingested, leading to the unintended consequences of inhalation toxicity. The variability of cartridge content components makes it challenging to prognosticate new material formation.

Hardware: The vast majority of vaporizer hardware is manufactured and assembled in Shenzhen, China. The lack of quality assurance combined with increasing competition has led to a focus on cost reduction, resulting in the potential for toxic metals to seep out of the hardware into the cartridge and eventually into consumer lungs. An emerging hypothesis suggests that VAPI may be associated with the inhalation of cadmium oxide fumes. Cadmium-containing silver solder, used to seal device components, is less expensive than cadmium-free alternatives. While this is a financial incentive for use, heat can produce cadmium fumes that are detrimental and directly inhaled by the user.

Vaporization of unknown and untested substances remains a risky activity, as is the use of cheap and low-quality hardware. Manufacturers of oils and vaporizer devices are well served to take a deep dive into their supply chains to ensure quality control and chain of custody. Brands can ensure product quality by using reputable third-party testing and tamper-proof packaging (not a current industry requirement). Consumers can safely enjoy the therapeutic benefits of vaporized cannabis by purchasing only high-quality product that is independently tested from a licensed and reputable retailer. We don’t expect significant waning in the popularity of vaping; we do expect to see meaningful shifts in market share for those brands that elevate their transparency, testing and consumer education.