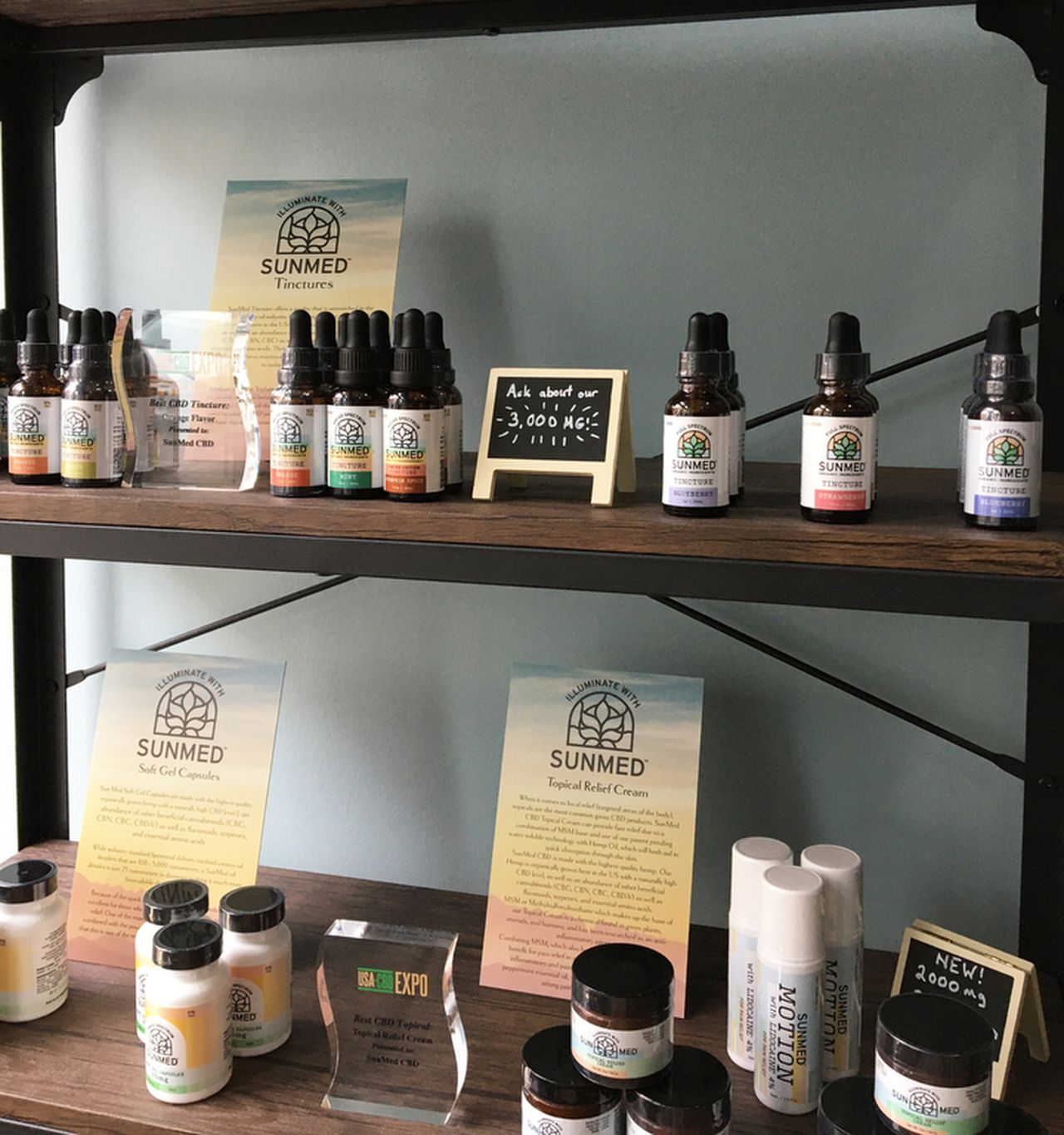 Legally, Ben Freeman can’t say words like “cures” or “prevents” when it comes to telling people about the CBD products he and his wife, Sandra, sell at Your CBD Store in Easton.

„So what we do when we meet with customers is we focus on the science behind it and the education for the customers,” Ben Freeman said. „Most people want to know what is CBD, is it going to be get me high, how does it work. We try to stay broad with it.”

The Freemans are looking to introduce their hemp-based CBD products to a whole new customer base with the grand opening of their second location of the Your CBD Store franchise on Saturday at 14 W. Fourth St. in Bethlehem.

Another Your CBD Store franchisee, owned by Jonathan and Jeffrey Valera, is celebrating its third location on Saturday, as well, at 4680 Broadway in the Tilghman Square Shopping Center in South Whitehall Township.

And those are in addition to the grand opening Nov. 6 of the Smooth Roots CBD store in the Palmer Park Mall in Palmer Township.

Consumers can also find CBD products everywhere from corner bodegas to supermarkets. The expansion in availability comes as the U.S. Department of Agriculture this fall is finalizing rules on commercial hemp production that was re-legalized in the United States under the federal 2018 Farm Bill.

So what is CBD, is it going to get you high and how does it work?

CBD extracts are made from hemp flower. The 2014 Farm Bill allowed states to start research cultivation of industrial hemp, while the 2018 legislation opened the door to interstate transportation and shipment of hemp.

THC in cannabis is what gets users high. CBD — short for cannabidiol — is one of the other component cannabinoids in cannabis that proponents say offer a host of benefits. Commercial hemp growers are required to have their product tested to ensure it falls below that 0.3% THC threshold, or they risk criminal penalties.

They can’t say it’s going to work for a particular ailment, but they can explain how CBD works with the body’s endocannabinoid system.

That endocannabinoid system products cannabinoids naturally, but not enough to ward off problems like inflammation, anxiety, depression and sleep apnea. CBD’s role is to bring the system into homeostasis, or balance.

Studies have shown it to be non-addictive, and the Freemans point customers to projectcbd.org to learn more.

“What you’ll find is nothing but reporting on how it works,” Ben Freeman said. “We use that as a training tool for our employees.”

Your CBD Store carries only Sunmed products, which include “plant-based terpenes known to increase the efficacy of cannabinoids due to the ‘entourage effect’” — without the THC. The franchise posts reports from lab testing on its products online at cbdrx4u.com.

Medical marijuana dispensaries also tout that entourage effect of whole plant-based cannabis products, but those may contain THC and are available in Pennsylvania only to permitted cardholders suffering from any of 23 qualifying medical conditions.

Hemp production is regulated by the USDA, which published Oct. 31 proposed rules for “Establishment of a Domestic Hemp Production Program.” Those rules are in effect through Nov. 1, 2021, and are open for comment until Dec. 30, 2019, at regulations.gov.

CBD is regulated by the U.S. Food and Drug Administration, which offers information on its website about “what you need to know” about cannabis-derived compounds, and consumer-specific information like how cannabis and CBD can affect pregnant and breastfeeding women.

In 2018, 33 permit-holders cultivated about 580 acres of industrial hemp statewide. This was the second year that hemp was grown in Pennsylvania after having been banned since 1937. The state Department of Agriculture lifted the limit on permits for 2019 but did not have a full count of acres in hemp production for the year as of Thursday. At the beginning of November, the estimate was 4,000 acres statewide, Power said.